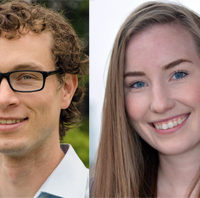 How B.C. can power the clean future

Feb 26 2019 — Maximilian Kniewasser and Brianne Riehl — Pembina Institute — Three months ago, the British Columbia government released CleanBC, a new economic strategy aimed at getting us back on track to achieving our province’s climate targets. The plan’s stated objective is to shift B.C. from an economy powered by oil and gas to one increasingly powered by clean energy. This is an ambitious proposition. Given the […]