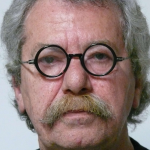 Jan 9 2020 — Mark Bonokoski — Sun Media — Out of all the potential contenders who might enter the race to replace Andrew Scheer as Conservative leader, the one the Trudeau Liberals truly can’t stand is the pesky Pierre Poilievre, who looks more like a kid still in college than a veteran MP. Somewhere in his attic, he must have his own a Dorian […]

Dec 2 2019 — Mark Bonokoski — Sun Media — Perhaps it would be best to await former Harper cabinet minister John Baird’s external review of what went wrong in the Conservatives’ election campaign before the stoning of Andrew Scheer continues in earnest. But, jay-z-uz, is he ever going to stop his self-harming? Will a lightbulb ever go off in his head?

Nov 28 2019 — Mark Bonokoski — Sun Media — Andrew Scheer cannot win for losing. It’s now quite obvious the knives are out for the federal leader of the Conservatives. There is tension in the air, yet no one in the leading ranks of the party has yet to voice intentions to challenge his leadership. It’s now a simmer building to a boil.

Nov 14 2019 — Mark Bonokoski — Sun Media — When former Conservative cabinet minister Peter MacKay first strung the “stinking albatross” around the unsuspecting neck of Conservative Leader Andrew Scheer, it didn’t quite sound like Peter MacKay. MacKay has never been known to write humdingers, and especially not someone who’d compose the two back-to-back jabs that so unexpectedly jarred those who still believe Scheer’s […]

Goodbye Kellie Leitch, but thanks for the bizarre entertainment

Jun 21 2019 — Mark Bonokoski — Sun Media — Kellie Leitch, on her way out the door of the House of Commons when the last whistle blows, will be taking with her the arrogance and coldness that either encapsulates her personality or comes as the price she must pay for having too many initials following her surname.

Jun 15 2019 — Mark Bonokoski — Sun Media — Environment Minister Catherine McKenna must have invented a magical social media gizmo that allows her to be on Twitter, Facebook and an assortment of similar soap boxes seemingly every minute of every day. Downtime seems to be missing from her agenda. McKenna embarrasses even the go-go of the Energizer Bunny as she goes about the […]

Oct 1 2017 — Mark Bonokoski — Postmedia — Prime Minister Justin Trudeau, who backtracked on electoral reform and parliamentary transparency, has finally got his back up over shutting down loopholes on small business owners. Despite the fury local MPs have received this summer, and harsh words from business owners decrying being labelled as “cheats,” the Liberals are steadfast in refusing to alter their […]

Mad Max Bernier, back from The Wasteland

Apr 2 2017 — Mark Bonokoski — Postmedia — Conservative leadership contender Maxime Bernier — reportedly neck-in-neck in popularity with Shark Tanker Kevin O’Leary — is a different kind of political animal. He is perhaps best described as a cat, with many of those mythical nine lives having already been tested. Once a veritable unknown from the Quebec riding of Beauce, all that came […]

Feb 12 2017 — Mark Bonokoski — Postmedia — Not to get too religious, but someone of biblical proportions once said that only a person without sin should cast the first stone. That being the case, Rona Ambrose should never have figuratively picked one up, let alone hurl it at our PM when she was herself hiding out under the warmth of the Caribbean […]

Jan 29 2017 — Mark Bonokoski — Postmedia — The Senate, known as the chamber of sober second thought as well as other less than kind descriptors, is also as slow as a snail when dealing with matters of probity. Senate ethics officer Lyse Ricard, for example, has been investigating Toronto-area Senator Don Meredith since February of 2015 when high staff turnover in his […]

In 2017, let Trudeau’s honeymoon finally be over

Jan 1 2017 — Mark Bonokoski — Postmedia — If there is a wish among many ordinary Canadians, hard-pressed to make ends meet, it’s surely that 2017 finally brings to an end Justin Trudeau’s political honeymoon. A wasted 2016 now lies one day behind us. Taxpayers, the life blood of the Trudeau government’s free-spending recklessness, will know soon enough if the Liberals finally focus […]

To Trudeau, the Peking Duck should have smelled fishy

Nov 24 2016 — Mark Bonokoski — Postmedia — If it looks like a duck, swims like a duck but is cooked up by Beijing’s state-run regime, it’s a Peking Duck that smells fishy. Yet the Trudeau Liberals ate it up. While Canadians will never know exactly what was on the menu when Justin Trudeau sat down in Toronto to privately dine in May […]

Nov 16 2016 — Mark Bonokoski — Postmedia — On the first weekend after Donald Trump’s unexpected election, there was an attempted break-and-enter at the home of a federal Conservative leadership candidate perceived as the most right-wing. Surely it was merely coincidence. Or was it? It is Kellie Leitch, after all, who has been accused by progressives, and others contending for the party’s leadership, […]

Oct 9 2016 — Mark Bonokoski — Postmedia — If undeclared Conservative leadership candidate Brad Trost wants a glimpse of his constituency of social conservatives, all he has to do is peruse the obituary pages to see that it is dwindling. The blue-rinse set is not exactly a growing demographic, as death notices will attest. And nor is the Bible Belt gaining any girth […]