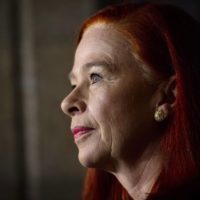 Jan 31 2019 — Melanie Marquis — OTTAWA — There are parallels to be drawn between the growing influence and availability of Netflix programming around the world and the colonialism of the British and French empires, CBC president Catherine Tait said Thursday. Tait compared Netflix's rise across the globe to the "beginning of a new empire" during her appearance on a panel organized by the Canadian […] 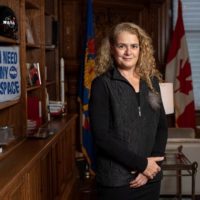 Dec 17 2018 — Melanie Marquis — OTTAWA — Governor General Julie Payette says she was surprised by media reports last fall saying she was at loggerheads with Rideau Hall staff and might even quit before the end of her term. The former astronaut was reportedly having trouble adapting to her new role, her penchant for micro-management was creating dissatisfaction among her employees and she […] 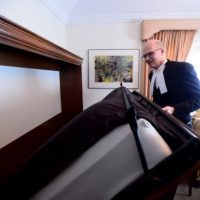 Speaker Geoff Regan opens the door to his apartment in Parliament

Dec 16 2018 — Melanie Marquis — OTTAWA — One of the best-kept secrets inside the main building on Parliament Hill — known as Centre Block — is what's inside room 202N. Major renovations are about to begin on Centre Block, and just before the storied building is shut for at least the next 10 years, the Speaker has decided to take out his key […]

Dec 3 2018 — Melanie Marquis — OTTAWA — Gun-control activists pressed senators Monday to move more quickly on firearms legislation, a few days before the 29th anniversary of the Ecole Polytechnique massacre that left 14 women dead in Montreal. Bill C-71, which was adopted in the House of Commons on Sept. 24, has not yet reached a second reading in the Senate. The […] 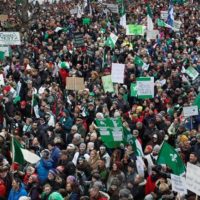 Dec 1 2018 — Melanie Marquis — OTTAWA — Streets across Ontario were lined in green and white on Saturday as Franco-Ontarians and their supporters held dozens of rallies across the province to protest Premier Doug Ford's cuts to services for French-speakers.  Many donned the signature colours of the flag representing Ontario francophones as they rallied to denounce the government's decision to scrap plans for a standalone French-language university and eliminate the independent […] 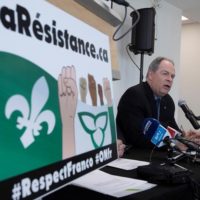 Nov 22 2018 — Melanie Marquis — OTTAWA — The president of the main organization representing Franco-Ontarians said Monday Premier Doug Ford is showing a "lack of respect" towards the province's French-speaking minority. "If I look at everything that has been done since the government took power, it is starting to look like an attack on francophones," Carol Jolin, president of the Assemblee de la francophonie de […]

Absent from Ottawa, Montreal Liberal MP says he is on assignment for PM

Nov 2 2018 — Melanie Marquis — OTTAWA — Liberal MP Nicola Di Iorio broke his silence about his absence from Parliament Hill on Friday, saying he is performing unspecified tasks assigned by the prime minister himself. The Montreal-area MP published a short message on Facebook seeking to explain why he has not been in Ottawa since Parliament resumed sitting Sept. 17. And he invoked Prime Minister Justin Trudeau in the […]

Oct 31 2018 — Melanie Marquis — OTTAWA, Que. — Several Liberal MPs said Wednesday they are unable to explain the prolonged absence of their colleague Nicola Di Iorio, who hasn't been seen on Parliament Hill since the House resumed sitting Sept. 17. The Montreal-area MP said in late September that he was mulling his political future but has yet to confirm a departure. Questioned Wednesday in […] 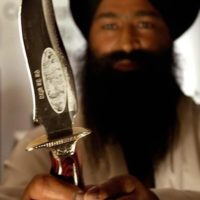 Oct 25 2018 — Melanie Marquis — OTTAWA — The Supreme Court of Canada refused on Thursday to hear the appeal of a Sikh man and woman who were prohibited from entering Quebec's legislature while wearing kirpans. The refusal to hear the case upheld previous decisions from the Quebec Superior Court and Quebec Court of Appeal that found the legislature had the right to establish its own rules. As usual, the […]

Oct 22 2018 — Melanie Marquis — OTTAWA — The federal Conservatives are invoking the risk of dependence on oil from countries like Saudi Arabia as an argument to revive the Energy East pipeline, even though the pipeline was intended to carry oil almost entirely for export. Pierre Paul-Hus, a Quebec MP, told reporters Monday that it is time to stop being "hypocritical" about energy supply. […] 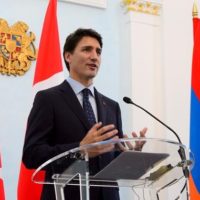 Oct 13 2018 — Melanie Marquis — YEREVAN, Armenia — Prime Minister Justin Trudeau suggested Saturday morning the incoming Quebec government's plan to raise the legal age for smoking cannabis to 21 could leave an opening for organized crime. Speaking to reporters on the last day of a trip to Armenia, Trudeau said increasing the legal age could undermine one of the federal law's key aims — eliminating the […] 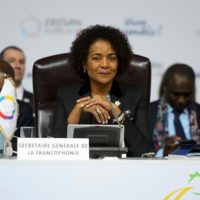 Oct 12 2018 — Melanie Marquis — YEREVAN, Armenia — Without even her home country supporting her, Michaelle Jean failed in her bid for a second term as secretary general of la Francophonie Friday as members chose Rwandan Foreign Minister Louise Mushikiwabo. Three days after his government withdrew its support for Jean, Prime Minister Justin Trudeau insisted the move was not part of a deal […] 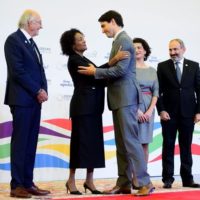 Oct 11 2018 — Melanie Marquis — YEREVAN, Armenia — Michaelle Jean made a public plea to hold on to her post as secretary general of la Francophonie Thursday, urging member nations not to allow the defence of rights and democracy to take a back seat to partisan ambitions. For Jean, the address to the opening session of the summit of la Francophonie was […] 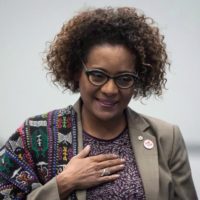 Oct 10 2018 — Melanie Marquis — YEREVAN, Armenia — Delegations from Canada and Quebec arrived in Armenia Wednesday ahead of the summit of la Francophonie, intent on putting the controversy over the election of a secretary general behind them. But Michaelle Jean, the former governor general and current holder of the top job at the international body, showed no signs of abandoning her candidacy despite losing […] 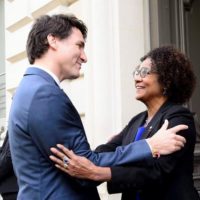 Oct 9 2018 — Melanie Marquis — OTTAWA — The Canadian and Quebec governments announced Tuesday they are pulling their support for former governor general Michaelle Jean to remain atop the international organization of French-speaking nations, backing instead the "consensus" candidate from Africa. Jean — who has held the top position since 2014 — is up against Rwandan Foreign Affairs Minister Louise Mushikiwabo when members choose a […]