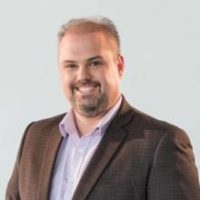 Jane Philpott has something to say, and Canada needs to hear it

Mar 21 2019 — Matt Gurney — National Post — When the Liberals brought down the federal budget earlier this week, I was genuinely curious as to whether it would allow the prime minister and his party to move past the SNC-Lavalin scandal that has now dogged them for … uhh, let me count … the last 42 days (as I write this). A budget […]

The world is watching, Justin Trudeau

Mar 11 2019 — Matt Gurney — Maclean's — There was a brief window this weekend—maybe a few hours, a day, tops—when I thought that maybe, just maybe, the Liberals were going to be able to put the SNC-Lavalin affair behind them. Nothing really new had developed in a few days—a long time in this unfolding controversy. The Prime Minister had made his statement […]

Mar 7 2019 — Matt Gurney — National Post — If this is the contrition option, it’s a bit light on contrition. Early on Thursday morning, Prime Minister Justin Trudeau held a press conference on Parliament Hill. The prime minister’s remarks on Thursday came exactly one month after the original story in The Globe and Mail that set off this entire controversy. In those four […]

Nov 15 2018 — Matt Gurney — Global News — He didn’t mean to, but Patrick Brown just did Ontario Premier Doug Ford a big favour. If nothing else, he’s bought him a few days of relative peace and quiet. Brown is the former leader of the Ontario Progressive Conservatives, the party Ford now leads and which forms Ontario’s majority government. Brown has a book […]

Aug 22 2018 — Matt Gurney — Global News — Canada seems set for a debate — let’s hope a polite one — about immigration. Oh, super. This was probably inevitable. The generally favourable liberal-democratic view of immigration is under pressure all across the Western world. It’s not a mystery why. Europe has experienced a huge surge in migrants and refugees arriving from Africa and […]

Jun 7 2016 — Matt Gurney — National Post — The Liberal government is planning to procure a few American-made Boeing F-18 Super Hornet fighter jets on an “interim” basis, to shore up Canada’s current fleet of aging jets. The Super Hornets are an advanced jet, operated in large numbers by the U.S. Navy. The very capable aircraft are larger, more modern version of the […]

Politicians love to talk about liberalization from the sidelines, but lose enthusiasm once in power

Jun 1 2016 — Matt Gurney — National Post — Fresh off a generally well-received convention in Vancouver, some federal Conservative members of Parliament are feeling their oats. Quebec’s Maxime Bernier, for instance, who is officially in the race to succeed Stephen Harper as full-time Conservative leader, has released an open letter that is sharply, and deservedly, critical of Canada’s system of agricultural supply management, […]

Harper won’t miss the job. In time, Canadians may miss him.

May 27 2016 — Matt Gurney — National Post — On Thursday, Stephen Harper took the stage for what will probably be the last major address of his public life. The last time Canadians saw him speak, it was Oct. 19, and the Conservative majority government he led had just been defeated by Justin Trudeau’s Liberals. Harper’s remarks that night were emotional, by his standard, […]

Forget the errant elbow. The real scandal is the Liberals’ assault on Parliament

May 20 2016 — Matt Gurney — National Post — On Thursday morning, Prime Minister Justin Trudeau stood in the House of Commons and addressed, again, his bizarre behaviour on Wednesday. He apologized to Conservative Whip Gord Brown, to NDP MP Ruth Ellen Brosseau, to the speaker and to all parliamentarians. He said Canadians expect better of their elected officials, and that he expected better […]

Canada’s grandstanding Prime Minister turned his beloved cameras against himself

May 19 2016 — Matt Gurney — National Post — What to make of the insanity that erupted Wednesday night in the House of Commons? It’s being called Elbowgate (of course), and it was probably the weirdest night in Canadian politics in my living memory. Like, seriously, folks. What in the hell was that? There’s no need to recap at length what happened on the […]

What began with a fist-pump ends in tears

May 2 2016 — Matt Gurney — National Post — What began with an awkward fist-pump has ended, two years later, with choked-back tears. This was probably not the political career Pierre Karl Peladeau was hoping for. Peladeau resigned on Monday, not just as leader of the Parti Quebecois, but as a member of Quebec’s legislature. It was a sudden and total reversal of his […]

Apr 11 2016 — Matt Gurney — National Post — The New Democratic Party’s poor showing in October’s federal election surprised many political observers. Even mid-campaign, the party appeared to have a real chance of gaining power. A few weeks later, it was relegated to third place, its 2011 beachhead in Quebec dramatically reduced, its tentative move toward the centre of the political spectrum repudiated. […] 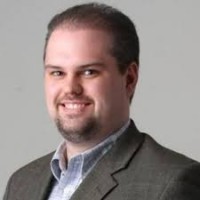 Mar 22 2016 — Matt Gurney — National Post — Though the federal budget landing today has been widely viewed as the Liberals’ first real chance to show us what they’re made of in Parliament, a recent report suggests the party has already taken one quiet stand on an issue of interest to Canadians. It’s a laudable one … but it may come back to […]

Ontario Liberals are not going to defeat themselves

Mar 8 2016 — Matt Gurney — National Post — Ontario’s Progressive Conservatives gathered in Ottawa this past weekend for a convention, the first under the tenure of their new leader, Patrick Brown. Brown was right to note that Ontario is desperately in need of a change after 13 bleak years of Liberal governance. It remains to be seen whether he and his party will […]

If deportation is appropriate for war criminals, why not for terrorists?

Feb 27 2016 — Matt Gurney — National Post — “A Canadian is a Canadian is a Canadian.” So said Immigration, Refugees and Citizenship Minister John McCallum this week. He was announcing that the Liberals would reverse changes made to Canada’s citizenship laws by the former Conservative government, which made it possible for dual nationals to be stripped of their Canadian citizenship if they were […]