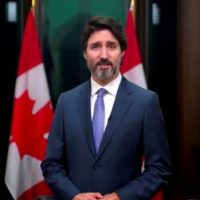 Dec 3 2020 — Mike Blanchfield — OTTAWA — The world's fight against COVID-19 doesn't end with the successful distribution of a vaccine, Prime Minister Justin Trudeau told the United Nations General Assembly on Thursday. Trudeau said Thursday the wide inequality between rich and poor countries, which has been made worse by the pandemic, also needs to be dealt with in a […] 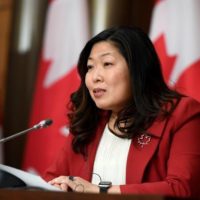 Nov 30 2020 — Mike Blanchfield — OTTAWA — Canada's International Trade Minister Mary Ng was unable to offer a firm guarantee that MPs will see a bill to ratify the new provisional Canada-Britain trade agreement before Parliament is due to break for Christmas on Dec. 11. Ng also revealed that officials in both countries are still working on the final text […]

Nov 29 2020 — Mike Blanchfield — OTTAWA — Conservative Leader Erin O'Toole accused the Liberal government Sunday of putting too much emphasis on partnering with a Chinese company for a COVID-19 vaccine in what turned out to be a failed deal. O'Toole said the Trudeau government only turned its attention to pre-ordering tens of millions of vaccine doses from companies such […] 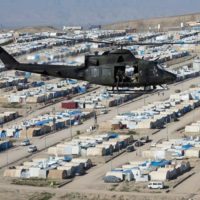 Nov 27 2020 — Mike Blanchfield — OTTAWA — Canadian Forces Maj.-Gen. Dany Fortin knows his way around a modern-day war zone as well as any Canadian soldier. He commanded NATO's training mission in Iraq and led Canadian soldiers in Afghanistan at the height of the fiercest fighting there. But now he's undertaking what many Canadians would regard as his most important […] 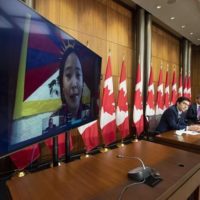 Nov 26 2020 — Mike Blanchfield — OTTAWA — After burying his wife after the passenger jet she was aboard was shot down by the Iranian military, Javad Soleimani returned to Canada and began speaking out about the tragedy of Ukrainian International Airlines Flight PS752. Soleimani's wife, fellow Edmonton PhD student Elnaz Nabiy, was among the 176 people – including 55 Canadian […] 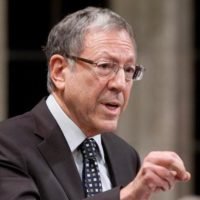 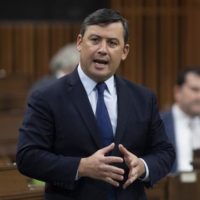 McCallum says he tried to improve conditions for Korvig, Spavor in Chinese prison

Nov 24 2020 — Mike Blanchfield — OTTAWA — One of Canada's most controversial ex-ambassadors to China says he repeatedly tried to improve the living conditions of Michael Kovrig and Michael Spavor after their imprisonment in the People's Republic almost two years ago. John McCallum also said Tuesday he regrets speaking about the October 2019 Canadian election in a meeting with Chinese […] 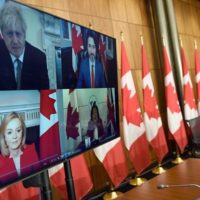 Nov 21 2020 — Mike Blanchfield — OTTAWA — Canada and Britain struck a new trade deal on Saturday, allowing the long-standing partners to trumpet a commercial triumph in the face of the economic devastation wrought by the COVID-19 pandemic. The interim deal beat the looming Dec. 31 Brexit deadline, replacing Canada's current agreement with Britain under the European Union that covers […] 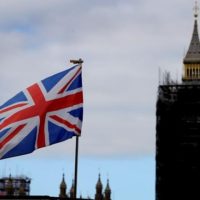 Nov 19 2020 — Mike Blanchfield — OTTAWA — Canada and Britain say they are in the final stages of negotiating a new trade deal before a Dec. 31 deadline. That would prevent Canadian products from seafood to steaks and autos from being slapped with new tariffs when Britain leaves the European Union. The spokeswoman for Trade Minister Mary Ng says Canada […] 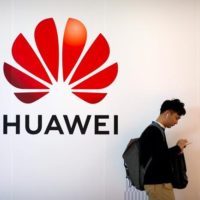 Nov 18 2020 — Mike Blanchfield — OTTAWA — A united federal opposition has supported a Conservative motion to insist the Liberal government take a harder line against what it says are national-security threats from China. The motion, sponsored by Tory foreign affairs critic Michael Chong, passed Wednesday by 179 votes to 146 and calls on the government to decide within 30 […] 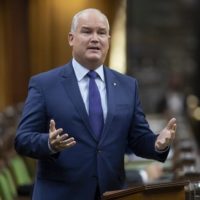 Nov 17 2020 — Mike Blanchfield — OTTAWA — Chinese telecom giant Huawei rose to dominance by stealing the technology of the defunct Canadian firm Nortel, Conservative Leader Erin O'Toole says. O'Toole levelled the industrial-espionage charge against Huawei and the Chinese Communist Party on Tuesday as he announced that the Conservatives are pushing the Liberals to decide within 30 days which companies […] 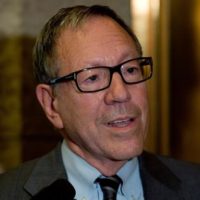 A ‘crackdown’ on journalism is dangerous to democracy: PM on global media freedom

Nov 16 2020 — Mike Blanchfield — OTTAWA — Prime Minister Justin Trudeau highlighted the work of journalists working under pressure in Hong Kong and Belarus at Monday's international conference on media freedom. Canada has been vocal in condemning the clampdowns on democracy and free expression by the Chinese government in the former British colony of Hong Kong and the fraudulent presidential […] 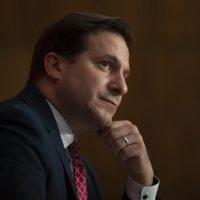 Nov 10 2020 — Mike Blanchfield — OTTAWA — The current president of the United States has warranted nary a mention from Prime Minister Justin Trudeau since Democrat Joe Biden became president-elect on Saturday. While that might be setting Trudeau and Canada up for some retaliatory pain from Donald Trump, analysts are divided on how much misery even a very vindictive lame-duck […] 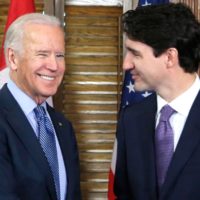