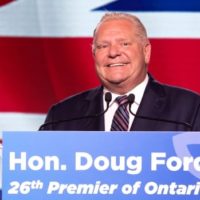 Jun 10 2022 — Mike Crawley — CBC — Premier Doug Ford will create a larger cabinet that better reflects Ontario’s diversity and puts his own stamp on government more firmly than he did four years ago, according to Progressive Conservative insiders. Forming a cabinet will be job No. 1 for Ford in the wake of his re-election to a second term. With a […] 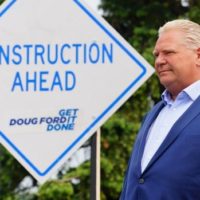 How Ontario’s election-night scenarios could unfold

May 31 2022 — Mike Crawley — CBC — With just two days of campaigning left until Thursday’s election in Ontario, the Liberal and New Democrat campaigns are coming to grips with the reality that only two scenarios could realistically play out on Thursday night: either Doug Ford wins another majority or he and his PC Party fall just a few seats short. All […] 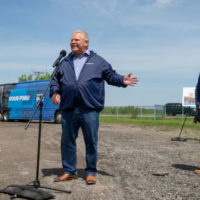 May 24 2022 — Mike Crawley — CBC — Just nine days remain in the Ontario election campaign, not a lot of time for the race to shift dramatically, but Liberal and NDP strategists claim it’s enough time. Both those parties hoped that they would have definitively left the other in the dust by this point in the campaign, and sitting within clear striking […] 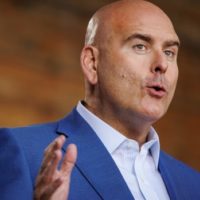 May 22 2022 — Mike Crawley — CBC — If there is one riding in the province the Ontario Liberals most desperately want to win on election night, it’s Vaughan-Woodbridge, where party leader Steven Del Duca is running. Del Duca is trying to reclaim a seat that he lost in the last election by a whopping 7,945 votes. He faces a rematch against Michael […] 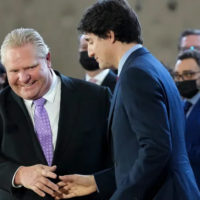 May 21 2022 — Mike Crawley — CBC — Doug Ford and his Ontario Progressive Conservatives are aiming to draw a significant amount of support from voters who only eight months ago backed Justin Trudeau’s Liberal Party in the federal election. Winning over federal Liberal voters is a crucial ingredient for Ford to find a path to victory on June 2. The Ontario PCs […] 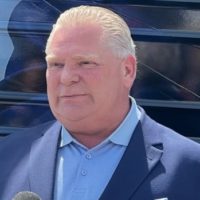 Doug Ford’s path to another majority runs through these ridings

May 18 2022 — Mike Crawley — CBC — For Doug Ford and his Progressive Conservatives, the 2022 Ontario election is a “win big or go home” situation. To get a second term in office, Ford must win a majority. That’s because all of the opposition parties say they will not support a PC minority. With 124 seats up for grabs in Ontario on […] 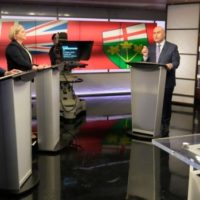 May 17 2022 — Mike Crawley — CBC — The sharpest blows in the Ontario leaders’ debate came from the candidate with the least chance of winning the provincial election. Green Party Leader Mike Schreiner, who went into the debate with the least to lose, unsettled Progressive Conservative Leader Doug Ford in their direct exchanges with an approach that was both disarming and pointed. […] 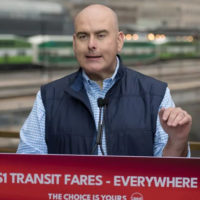 May 9 2022 — Mike Crawley — CBC — In every Ontario election poll that’s publicly available, the number one concern of voters is the rising cost of living. Affordability has rocketed past the perennial top issues of health — even after two years of a global pandemic — and jobs, with the unemployment rate at record lows. While the Ontario party leaders are […] 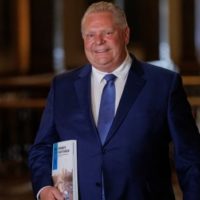 Apr 29 2022 — Mike Crawley — CBC — For a guy who came to power in 2018 on a promise to rein in the size and cost of government, Ontario Premier Doug Ford is heading into his 2022 election campaign with a completely different pitch. That pitch can be seen in the Ontario budget tabled Thursday by Finance Minister Peter Bethlenfalvy, a budget […] 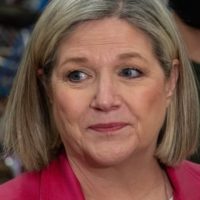 Apr 25 2022 — Mike Crawley — CBC — Andrea Horwath’s NDP will become the first Ontario party on Monday to unveil its full platform for the 2022 election campaign, with universal pharmacare as a centrepiece. The New Democrats will promise prescription drug coverage for all Ontarians if the party forms government after the June 2 election, CBC News has learned. The pitch to […] 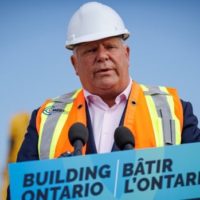 Apr 17 2022 — Mike Crawley — CBC — Premier Doug Ford’s government has quietly revised its plan to meet Ontario’s 2030 targets for cutting carbon emissions. The new forecast for the province’s greenhouse gas emissions posted to a government website shows some significant departures from the reductions earmarked in the “Made in Ontario Plan for the Environment” in 2018. The new plan does […] 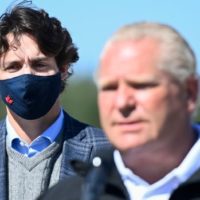 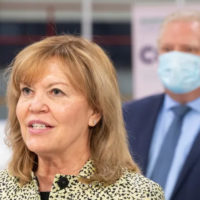 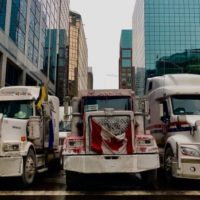 How anti-vaccine mandate protests pose a risk for Doug Ford

Feb 4 2022 — Mike Crawley — CBC — Ontario’s hands-on premier has taken a hands-off approach to the week-long protest that has snarled downtown Ottawa, the second-largest city in his province. How will that change if something similar happens in Toronto? Demonstrators are set to converge on the legislature on Saturday in support of the Ottawa protesters. Premier Doug Ford appears to be […] 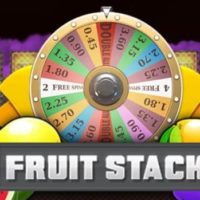 Jan 17 2022 — Mike Crawley — CBC — As Premier Doug Ford’s government prepares to open up the online gambling market in Ontario, there’s a warning that its plans could see the province and municipalities lose out on hundreds of millions of dollars in annual revenue. That warning is in a new report by a gambling industry consulting firm, obtained by CBC News. […]