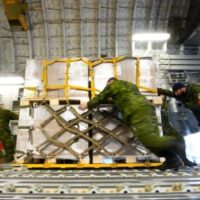 Jan 12 2023 — Murray Brewster — CBC — The association representing Canada’s defence contractors says it’s going to take a lot more than talk to put the industry on a so-called “war footing.” In a bluntly-worded opinion piece published online Wednesday, Christyn Cianfarani, executive director of the Canadian Association of Defence and Security Industries, said that Canada — unlike its allies — has […] 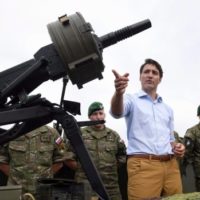 More than a decade ago, the army had a plan to rebuild. It went nowhere

Jan 7 2023 — Murray Brewster — CBC — Ottawa is a city of plans. Many plans. Sometimes you find there are plans to have a plan. But as the old Scottish poem says, “The best laid schemes o’ mice an’ men often go awry.” More than a decade ago, as Canada’s war in Afghanistan was grinding to its conclusion, a plan was drawn […] 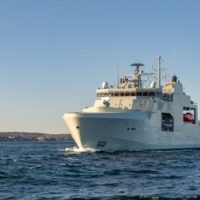 Jan 6 2023 — Murray Brewster — CBC — It will cost Canadian taxpayers upwards of $6.5 billion to acquire six Arctic Offshore Patrol Ships for the navy and two additional similar vessels for the coast guard, according to newly tabled documents and a statement from the federal government. Public Services and Procurement Canada (PSPC) says a contract amendment has been signed with Irving […] 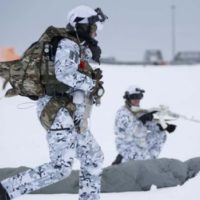 Jan 4 2023 — Murray Brewster — CBC — Despite the ballyhoo that surrounded last year’s announcement, it’s becoming clear that the modernization of North American air defence systems — a plan to spend $4.9 billion over six years — has a long way to go and a number of key technical obstacles to overcome. The Trudeau government announced the long-anticipated NORAD modernization plan […] 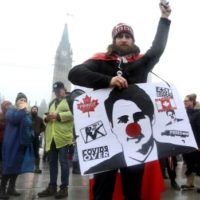 Canada is picking up the political radicalization bug from the U.S., new report warns

Jan 3 2023 — Murray Brewster — CBC — A U.S.-based research group that specializes in gauging geopolitical risk says Canada is showing signs of the same political contagion and polarization that has afflicted American politics. The warning is contained in Eurasia Group’s annual “Top Risk” report for the new year, released Tuesday. While Canada does not make the consultancy’s “Top 10” in terms […] 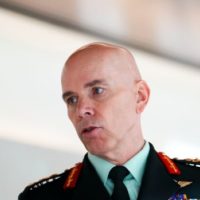 Jan 3 2023 — Murray Brewster — CBC — It might be a stretch to describe Gen. Wayne Eyre as a modern Cassandra. Still, over the latter half of 2022, Canada’s top military commander delivered — in public and before House of Commons committees — increasingly stark warnings about the future geopolitical landscape, where the war between Russia and Ukraine could go and the […] 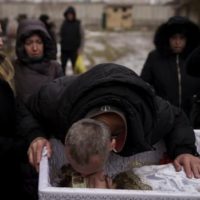 Dec 31 2022 — Murray Brewster — CBC — The holiday season is a time for soul-searching — even in wartime. In a time that’s supposed to be about peace on Earth and good will to all, many Russia-watchers are wondering how much soul-searching will be happening in Moscow over the next few weeks — how much Russia’s leaders are willing to contemplate the […] 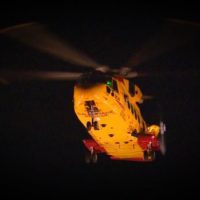 Dec 22 2022 — Murray Brewster — CBC — Government made the announcement quietly on the eve of the holidays. The Department of National Defence (DND) quietly announced Thursday that it will spend $1.24 billion to extend the life of the air force’s search and rescue helicopter fleet — part of a long-standing, problem-plagued procurement effort. The announcement was made by press release late […] 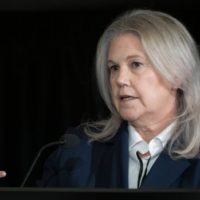 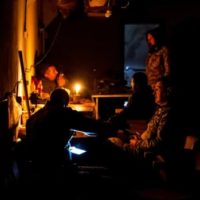 Ukraine will negotiate with Russia on the battlefield, MPs tell Canadian audience

Dec 7 2022 — Murray Brewster — CBC — Russia needs to be defeated, isolated and punished for making war on Ukraine — and western policymakers need to accept that and start thinking about what could happen after the shooting stops — a senior member of the Ukrainian parliament told a Canadian audience on Tuesday. MP Ivanna Klympush-Tsintsadze, chair of the Verkhovna Rada Committee […] 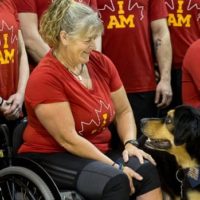 Dec 5 2022 — Murray Brewster — CBC — Veterans Affairs can find nothing in its files to suggest that a former member of the military — a paralympic athlete — was offered medical assistance in dying by a department employee, the department’s deputy minister told a House of Commons committee on Monday. Paul Ledwell told the veterans affairs committee that the department has […] 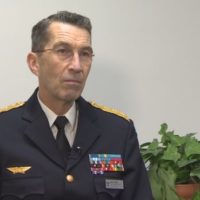 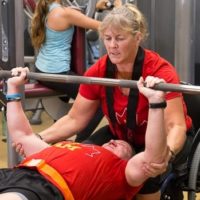 Dec 2 2022 — Murray Brewster — CBC — A paraplegic former member of the Canadian military shocked MPs on Thursday by testifying that the Department of Veterans Affairs offered her, in writing, the opportunity for a medically assisted death — and even offered to provide the equipment. Retired corporal Christine Gauthier, who competed for Canada at the 2016 Rio de Janeiro Paralympics and […] 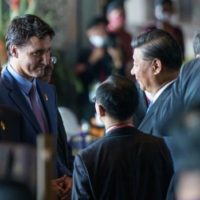 Nov 27 2022 — Murray Brewster — CBC — Canada’s long-awaited Indo-Pacific Strategy describes China as “an increasingly disruptive global power” on the world stage — a social and economic force that’s too big to ignore but is also increasingly focused on bending international rules to suit its own interests. Using some surprisingly blunt language, the strategy says the Canadian government needs to be […] 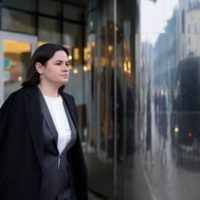 Nov 22 2022 — Murray Brewster — CBC — The exiled opposition leader of Belarus will meet separately with Prime Minister Justin Trudeau and Foreign Affairs Minister Mélanie Joly over the next two days in the hopes of persuading them to impose further sanctions on military and security services in her country. Sviatlana Tsikhanouskaya — who was widely considered to have won the 2020 […]