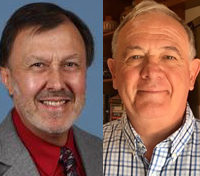 Oct 14 2020 — Nigel Rawson and John Adams — National Newswatch — The federal government intends to drastically transform the rules of its tribunal that sets ceiling prices for new drugs and vaccines in Canada in January. Guidelines will be released imminently for how the new price controls will work. Key elements of the government’s plan have been strongly criticized by patients, drug developers and analysts since […]