Aug 15 2017 — Peter Clark — National Newswatch — Hundreds of trade negotiators have descended on Washington this week to ‘modernize’ NAFTA – whether it needs it or not. Tens of millions of jobs in Canada, Mexico and the U.S. depend directly on trade within North America. More than US$1 trillion in annual trade in goods and services is being held for ransom to satisfy irresponsible xenophobic election promises and the beggar thy neighbour initiatives of President Donald J. Trump.

Aug 15 2017 — Peter Clark — National Newswatch — Canada has jumped into the NAFTA re-negotiation fray with high ambition and a heavy dose of social conscience. Global Affairs Minister Chrystia Freeland has finally revealed Canada’s priorities in the negotiations. Canada will not simply accept the U.S. effort to transform the Trans-Pacific Partnership and bits and pieces of the Canada – E.U. Comprehensive Economic […]

Aug 15 2017 — Peter Clark — National Newswatch — Canada has jumped into the NAFTA re-negotiation fray with high ambition and a heavy dose of social conscience. Global Affairs Minister Chrystia Freeland has finally revealed Canada’s priorities in the negotiations. Canada will not simply accept the U.S. effort to transform the Trans-Pacific Partnership and bits and pieces of the Canada – E.U. Comprehensive Economic […]

Mar 2 2017 — Peter Clark — National Newswatch — Yesterday, President Trump tabled his 2017 Trade Agenda.  If it is put into effect, Canada may find it more difficult to exercise our WTO rights. The United States’ determination to change its tax system — in ways which could seriously impact Canada — makes the WTO challenge system more important than ever. I am frequently […]

Softwood Lumber – The Other Shoe Drops

Nov 25 2016 — Peter Clark — National Newswatch — International Trade Minister Chrystia Freeland’s office has confirmed that the U.S. Lumber Coalition will file petitions in the fifth round of anti-dumping/countervailing duty today (November 25). Lumber V is moving from threat to reality. The Coalition was pleased to see the end of the 2006 SLA. It did not work well for them. Cross border lumber […]

Nov 17 2016 — Peter Clark — President-elect Donald Trump has become a master of the pirouette since his election was confirmed in the early hours of November 9. He has softened his position on many of his promises, but considerable uncertainty continues to surround his positions on trade. It seems clear from the first week post-election that while President-elect Trump fought the election […] 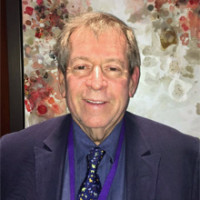 May 26 2016 — Peter Clark — iPolitics — Trade Minister Chrystia Freeland worries about a growing global wave of protectionism. She should worry. If Donald Trump is elected president in November, he could deliver on his trade threats. NAFTA could be terminated. Congress could not stop him. The Donald has said he likes Canada and Canadians. Hopefully, he does not “like” us in […]

No matter how you slice it, we’re headed toward a lumber fight

May 15 2016 — Peter Clark — iPolitics — By mid-October, the U.S. Lumber Coalition — a.k.a. The Coalition to those who have spent their lives in the trenches of softwood lumber battles — will be able to file new anti-dumping and countervailing duty complaints against Canadian softwood lumber exports. Unless a replacement for the 2006 Softwood Lumber Agreement can be negotiated in the […] 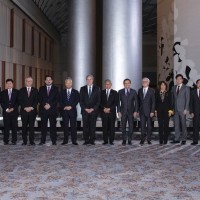 Nov 5 2015 — Peter Clark — National Newswatch — The text of the Trans-Pacific Partnership agreement is now available. As predicted it is massive and includes numerous side letters . The side letters released are only those between the USA and the other 11 partner countries. We will not see what Canada has done with the other 10 until Canada posts the text and […]

Oct 23 2015 — Peter Clark — There will be no lack of challenges for Prime Minister-designate Justin Trudeau and his newly elected team in shaping Canada’s trade agenda. The Trans-Pacific Partnership (TPP) has the highest profile.  Though it requires urgent attention, there are other important issues in play. The Liberal government will have willing and capable helpers in the trade bureaucracy.  Having […]

On TPP, it’s all about the devils we don’t know

Oct 16 2015 — Peter Clark — iPolitics — For years, informed debate on the Trans-Pacific Partnership agreement has been hampered by secrecy, too little detail and too much hype. The TPP text is undergoing detailed technical work on tariff schedules and legal scrubbing. The definitive text will have 15 side letters. There will be a co-ordinated release when it is ready. That won’t […]

Will the TPP survive Congress?

Oct 6 2015 — Peter Clark — iPolitics — The Trans-Pacific Partnership negotiations have led to an agreement. The talks were declared finished and a success by the 12 participating countries after a marathon five-day ministerial meeting in Atlanta. The final package delivered by the TPP Ministers is very extensive. Amb. Michael Froman, the US Trade Representative, said it is more than just an […]

Oct 4 2015 — Peter Clark — iPolitics — Australia and the US appear to have reached compromise on Biologics, clearing the way for the Trans Pacific Partnership to become reality. Sources advise that negotiators and trade ministers worked through the night in an effort to tie up loose ends in order to be able to announce a deal later today. Word out of […]

Shake Hands with the Devil

Oct 1 2015 — Peter Clark — National Newswatch — Ministers in Atlanta seem determined to close the unending negotiations on the Trans Pacific Partnership agreement by Saturday this week. The odds are now 60/40 that Ministers will not need to reconvene in November.

A TPP deal by Friday? Don’t bet the farm

Sep 30 2015 — Peter Clark — iPolitics — It is raining in Atlanta. It’s likely to rain all week — which suits the mood at the negotiating table so far. There were rumours circulating Tuesday that chief negotiators working on the Trans-Pacific Partnership trade deal had reached an agreement-in-principle (AIP). Would that be like the AIP that Canada announced with Europe, the one […]