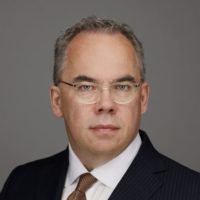 We need to talk about Davos

May 4 2022 — Paul Wells — Paul Wells Newsletter — I’ve been reading Peter S. Goodman’s Davos Man, a tough, angry — not entirely persuasive — critique of the sort of people who get top-level access to the World Economic Forum in Davos, Switzerland. Because Goodman’s vantage point is left-by-centre-left, his book provides fascinating counterpoint to a polemic about the WEF that is, in Canada, […]

Apr 29 2022 — Paul Wells — Paul Wells Newsletter — Audit the Bank of Canada? Uh… sure? Was that it? The news release drew raised eyebrows among Ottawa reporters: “Pierre Poilievre, candidate for Prime Minister, will make an announcement and hold a press conference on policies relating to the Bank of Canada.” The venue for this: Poilievre would be standing in front of the Bank’s […]

Please state the nature of the emergency

Apr 28 2022 — Paul Wells — Paul Wells Newsletter — In any self-respecting three-ring circus, the action is always at different stages in each ring. Equipment is being rolled into one ring and carried out of another, while the elephant dances a tarantella in a third. The Trudeau government’s February invocation of the Emergencies Act — the first use of the Act since it became […]

Supplies of confidence – The NDP gets used to life, and a deal, with the Liberals

Apr 26 2022 — Paul Wells — Paul Wells Newsletter — I wanted to ask Anne McGrath about the NDP’s “confidence and supply” agreement with the Liberals because we’re a month into the deal; because it’s the air we breathe now in political Ottawa, like it or not; and because McGrath, the national director of the New Democratic Party of Canada, doesn’t often retreat into euphemism. […]

The man who counted

Apr 21 2022 — Paul Wells — Paul Wells Newsletter — On Good Friday I drove from Ottawa to Montreal, almost, stopping to park beside an unlovely office building across from a car dealership in the West Island suburb of Dollard des Ormeaux. Carlos J. Leitao, the Liberal member of Quebec’s National Assembly for the riding of Robert-Baldwin, was working alone in his office and, as […]

A new newsletter! And a $15 billion mystery

Apr 19 2022 — Paul Wells — Paul Wells Newsletter — After all the dust settled from Chrystia Freeland’s latest federal budget, I still had questions about the Canada Growth Fund. Described (on Page 60 of the budget document) as a means “to attract substantial private sector investment” to “help meet important national economic policy goals,” the Canada Growth Fund was announced as something that would […]

Apr 12 2022 — Paul Wells — Toronto Star — Sound the alarms. For the third time in 20 years, a far-right leader named Le Pen has made it to the runoffs in France’s presidential elections. In 2002, it was old Jean-Marie Le Pen against Jacques Chirac. Now, for the second election in a row, it’s his estranged daughter, Marine Le Pen, who has come […]

‘Don’t underestimate the power that comes from the will to fight.’

Apr 1 2022 — Paul Wells — The Line — I wanted to speak to somebody from Operation Unifier, the seven-year Canadian Armed Forces training mission in Ukraine, for two reasons. I knew a soldier would have particular insight into the way Russia’s invasion is playing out. And I suspected that the things Canada has been doing for seven years to prepare for this war […]

With his deal with the NDP, Justin Trudeau gets to go back to sunny ways

Mar 22 2022 — Paul Wells — Globe and Mail — Not everything can be an outrage. A confidence agreement between the Liberals and the NDP would be compatible with parliamentary rules. It would have precedent in Ontario, New Brunswick and British Columbia, and in several parliamentary systems abroad. Five of the last seven Canadian federal elections have returned minority governments. It was only a matter […]

What goes around comes around and its name is Charest

Mar 10 2022 — Paul Wells — Maclean's — In a world whose horizons have shrunk to the length of a TikTok video, Jean Charest’s career is still measured in decades. His Parti Libéral du Québec—sorry, that’s what it said on the buses—lost the 2012 election in one of the softest landings a defeated party ever managed, only 33,000 votes and four seats behind […]

Mar 3 2022 — Paul Wells — Maclean's — It was a surprise to see the Prime Minister making an announcement on e-business on Thursday, since his government and most others around the world are properly preoccupied with events in Ukraine. Surprising but encouraging. Wanting to work on more than one thing at a time is so rare a merit that it should be […]

The truckers brought chaos to Ottawa. What can we learn from them?

Mar 2 2022 — Paul Wells — Maclean's — It’s true that, for a lot of people, the sight of the hot tub was hard to take. At some point during the first week of the Siege of Ottawa, the little plaza across Wellington Street from Parliament’s Centre Block took on some of the atmosphere of a carnival, complete with an inflatable hot tub. […]

Feb 15 2022 — Paul Wells — Maclean's — “The War Measures Act is too broad and too sweeping,” Perrin Beatty told the House of Commons when he launched debate at second reading on Bill C-77, a proposed new Emergencies Act, in November of 1987. Beatty was the Minister of National Defence in Brian Mulroney’s government in those days. He said the War Measures […] 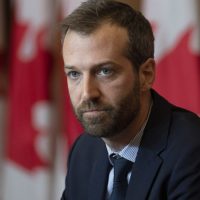 The Joël Lightbound crisis in the Liberal Party

Feb 8 2022 — Paul Wells — Maclean's — The MPs astonishing criticism of Liberal policy on COVID restrictions is the most serious threat to Trudeau’s leadership since Jane Philpott quit the federal cabinet. Here’s Dillon McGuire, Operations and Tour Assistant to the Minister of Housing, Diversity and Inclusion (that’s Ahmed Hussen, I learn), calling for Joël Lightbound to be removed from the Liberal […]

Feb 2 2022 — Paul Wells — Maclean's — I’m sorry to see Erin O’Toole’s leadership end. He really is a nice guy. Unfortunately they often finish, if not last, at least out of the running. Let’s talk numbers, then personalities, then sociology. I’ll start by updating some stats I keep handy. Of the last nine federal elections going back to 1997, the Leader […]