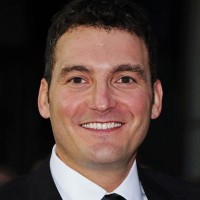 How far will Trump go against Canada? Just watch him.

Jun 10 2018 — Evan Solomon — Maclean's — These are now the most dangerous days of the Trudeau era. An escalating trade war with the United States has turned into a deeply personal showdown between the leaders, and now Donald Trump is threatening to hit Canada with a 25 per cent tariff on Canadian autos. “That would be close to an existential threat […]

May 16 2018 — Evan Solomon — Maclean's — The Trans Mountain pipeline has become a high stakes game of Texas Hold’em against a profitable Texas-based oil company, and the federal finance minister just called their bluff. In a Wednesday morning press conference, Bill Morneau announced that the government is “willing to indemnify the Trans Mountain expansion against unnecessary delays that are politically motivated,” […]

Why 2018 is the year of the Trudeau reset

Dec 13 2017 — Evan Solomon — Maclean's — They have their share of problems, but past their mid-mandate the Trudeau Liberals of 2018 are facing what could be called the “stale bread challenge.” The Liberals cooked up so much policy in their ﬁrst two years—extending CPP, a national price on carbon, a health care deal with the provinces, the tax-free child beneﬁt, legalized […]

The big shifts about to hit the Supreme Court of Canada

Nov 28 2017 — Evan Solomon — Maclean's — The government is widely expected to announce a new Supreme Court appointee on Nov. 29, a decision that will also trigger another big shift: the announcement of the next chief justice. After 17 years serving as the chief justice—the longest term in history—Beverley McLachlin is retiring. Her replacement could also come as early as Wednesday, […]

Jagmeet Singh and the shunning of Parliament

Nov 20 2017 — Evan Solomon — Maclean's — If the Doomsday seers are right, this is the end times for some of the most important elements of our democracy. Newspapers, for example, have been hit by a digital meteor. The Shattered Mirror, a Public Policy Forum report on the future of news reads like an archeologist’s treatise on an extinction event. “In 1950 […]

Before you go: why we don’t publicly express love

Nov 11 2017 — Evan Solomon — Maclean's — He was, among other things, Canada’s most famous lip kisser. Even as the enigmatic Gord Downie transcended labels—musician, poet, activist—as he became a kind of Canadian medium, channeling the complicated mythologies of a people who celebrate the struggle against oversimplified clichés of patriotism, his spontaneous lip kissing of his bandmates, his friends, interviewers—did he really […]

Oct 30 2017 — Evan Solomon — Maclean's — “The nightmare continues,” Yusuf Faqiri says after reading the shocking response from the Kawartha Lakes Police Service regarding the brutal death his brother, Soleiman Faqiri. “We have waited almost an entire year to hear this horrible news.” Back on Dec. 4, 2016, Solieman was incarcerated in the Central East Correctional Centre in Lindsay, Ont. The […]

Trudeaumania Two is starting to fade

Oct 11 2017 — Evan Solomon — Maclean's — On October 1, 1972, Prime Minister Pierre Trudeau joined 10,000 fans and greeted Team Canada as they arrived home from the Soviet Union. The country was wallowing in Cold war pride in the wake of the miracle victory in the Summit Series. After a near death experience—down 5-3 in the third period of the eighth […]

Two nuclear hotheads and a job for Justin Trudeau

Sep 26 2017 — Evan Solomon — Maclean's — It’s getting weird and scary. Donald Trump called Kim Jong-un “Little Rocket Man” and threatened to “destroy North Korea.” Kim responded by labelling Trump a “frightened dog” and a “mentally deranged U.S. dotard.” Between checking up on the Elton John song references and running to the dictionary to look up “dotard” (a senile old man, […]

Sep 3 2017 — Evan Solomon — Maclean's — The Sunday morning tremors, measuring a magnitude of 6.3, signalled a major escalation in North Korea’s nuclear program. Pyongyang claims to have tested its first hydrogen bomb, one that could be placed on the head of an Intercontinental Ballistic Missile. Though the size and scope of what happened still has to be verified at time […]

Fighting in Afghanistan: ‘You have the watches. We have the time’

Sep 3 2017 — Evan Solomon — Maclean's — Donald Trump has now officially made Afghanistan his war. How ironic. The man who portrays himself as the great isolationist, who threatens to build walls around the U.S. both literally and, in the case of trade, figuratively, is proving to be all bluster and no border. “A hasty withdrawal [from Afghanistan] would create a vacuum […]

Aug 20 2017 — Evan Solomon — Maclean's — It’s gut-check time for conservatives in the U.S. The obscene trifecta of Neo-Nazis, White Supremacists and the KKK used the Charlottesville violence to re-vivify their putrid ideas, feeding like a parasitic oxpecker on the host body of the Republican elephant. It should be the most obvious ploy to condemn—there is no more basic political rule […]

A lesson for Canadians in Trump’s failure

Aug 3 2017 — Evan Solomon — Maclean's — It was only in political theatres for 11 days, but “The Mooch,” an R-rated comedy starring the preening, inept Wall Street cockalorum Anthony Scaramucci as the White House communication director was pure box-office gold. As a follow-up to Sean Spicer, the original gabbler who was equally maladroit but somehow more likable—Spicey at least had the […]

Jul 26 2017 — Evan Solomon — Maclean's — Seven months. Seven months of waiting for answers, seven months of agonizing silence. That’s how long Yusuf Faqiri and his family waited for the coroner’s report that was supposed to tell them how their beloved brother and son Soleiman died. It didn’t. Instead, the report, which arrived last week and which Maclean’s has obtained, has […]

Jul 19 2017 — Evan Solomon — Maclean's — When the United States released its NAFTA negotiation priorities, the first name that popped into my mind was Tim Donaghy. Donaghy was a former NBA referee who admitted to betting on NBA games and making money from giving tips to bookies. It was a massive scandal. “I can tell you that this is the most […]