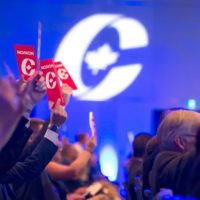 Your guide to the 2020 federal Conservative leadership race

Jan 6 2020 — Steve Paikin — TVO — It never ceases to amaze me how cruel and fickle politics can be. You already know that Conservative leader Andrew Scheer won the most votes (although not the most seats) in the federal election last October. But did you also know that the 6.15 million votes he earned was the second-highest vote total of any […] Do social conservatives still have a place in Canadian politics?

Dec 2 2019 — Steve Paikin — TVO — Andrew Scheer is widely known to be deeply committed to his Roman Catholic faith. He isn’t the first national party leader to be a religious person. Previous leaders of Canadian conservative movements — Stephen Harper, Preston Manning, and Stockwell Day, for example — were all presumed to be or confirmed they were evangelical Christians. J.S. […] 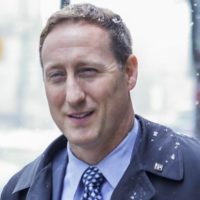 Could it be the Red Tories’ time?

Nov 21 2019 — Steve Paikin — TVO — Red Tories have never had a better chance to unify Canada’s Conservatives. The question is: under whose leadership. If you ever needed more evidence that politics is a funny business, just look at the results of the last federal election.

The day the Queen’s Park press corps fought back

Aug 3 2018 — Steve Paikin — TVO — Normally, I like to write about what goes on in front of the cameras — the cabinet ministers who make the announcements, the policy changes that get introduced, or the historic moments that make covering politics so interesting. This piece is going to be different. I’m going to shine a light on something you may […]

Where has the centre gone in Ontario politics?

May 7 2018 — Steve Paikin — TVO — I’ve written in this space before that the 2018 Ontario election campaign presents voters with one of the starkest choices they’ve ever had to make. It’s hard to remember a provincial campaign that’s featured two leaders so diametrically opposed to each other — in policy and in personality — as Kathleen Wynne and Doug Ford. […]

Apr 4 2018 — Steve Paikin — TVO — Thirty-five years ago, the Liberal prime minister’s last name was Trudeau, same as today. But the premier of Ontario was a Progressive Conservative named Davis. You couldn’t find two more different first ministers than Pierre and Bill. One was a dashing, dynamic, fluently bilingual intellectual from Québec, who thumbed his nose at western farmers and […] 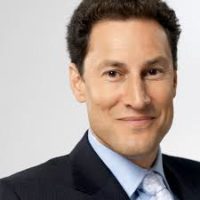 Which Doug Ford is running to be Progressive Conservative leader?

Mar 8 2018 — Steve Paikin — TVO — Doug Ford and Christine Elliott, both running for the leadership of the Ontario Progressive Conservative party, have been family friends for a long time. Ford’s late father, also named Doug, and Elliott’s late husband, former finance minister Jim Flaherty, were both members of Mike Harris’s PC caucus in the mid-1990s. And those who saw Flaherty […] 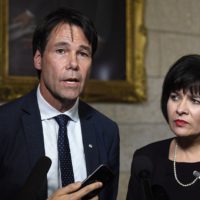 Mar 1 2018 — Steve Paikin — TVO — ​Let’s acknowledge off the top that people enter and exit politics all the time. Sometimes the voters want you to stay. Other times, politicians say they’re leaving for health reasons. “Yeah, the voters got sick of me,” goes the joke. Let’s also acknowledge that if you’re a senior cabinet minister for a party that’s been […]

The most astonishing night in Ontario political history

Why is Kathleen Wynne so unpopular? It may not just be about policy

Apr 20 2017 — Steve Paikin — TVO — Every now and then, I put a giant target on my back by pointing out things that will no doubt make readers want to kick me because they think I’m so far off-base. This is one of those times. But please indulge me for a few minutes before kicking me. Ever since Kathleen Wynne’s approval […]

Where are the truly bilingual federal Conservative leadership candidates?

Jan 25 2017 — Steve Paikin — TVO — One of the most exciting leadership conventions I ever covered took place more than 30 years ago, in Ottawa. The Progressive Conservative chief, Joe Clark, had put his leadership on the line, having failed to secure what he considered a satisfactory level of support from party delegates at the preceding leadership review. So there we […]

Can civility return to politics?

Nov 5 2016 — Steve Paikin — TVO — Michael Ignatieff once told me a story that, sadly, was a sign of the times in Ottawa, during his tenure as the federal Liberal Party leader. It was very early in the morning and Ignatieff found himself checking in at the ticket counter at Ottawa’s international airport. He saw a Conservative backbench MP at the […]

Is this the beginning of the end for the federal NDP?

Oct 17 2016 — Steve Paikin — TVO — On the face of it, the federal New Democratic Party is in rather familiar territory: a solid third place standing in the House of Commons, with an experienced politician leading the charge. But, this time, it really does feel different, and the NDP may be at an existential moment in its history. It wasn’t that […]

Everyone wants to run for Patrick Brown’s PCs, but not everyone should

Oct 4 2016 — Steve Paikin — TVO — Ontario’s opposition leader finds himself, in some ways, in an enviable situation these days. Despite the fact Ontarians barely know him, he’s got a huge lead over the governing Liberals in the most recent public opinion polls. And despite fumbling the sex education issue badly, his Progressive Conservatives won a recent byelection in Scarborough-Rouge River […]

Sep 20 2016 — Steve Paikin — TVO — Media are often accused of filtering every announcement by the Ontario Liberals through the prism of: how does this help them win the next election? Liberals are constantly telling us in the media that the next election is still a year and a half away, and can’t you people just consider how our policies will […]