Feb 7 2016 — Tamsyn Burgmann — VANCOUVER — When Cheryl's manager discovered the 38-year-old used to work in the sex trade, she says he joked that a name plate on her desk read "pubic relations." Kayla, 61, was in a new job too when she says a police officer informed a colleague she had formerly been a "prostitute and a junkie." She lost the job and saw […]

Health ministers to work together on affordable drugs, community care

Jan 22 2016 — Tamsyn Burgmann — VANCOUVER — The federal government wants to join the provinces and territories to cut the cost of prescription drugs but stopped short Thursday of announcing a concrete plan. Health Minister Jane Philpott said addressing the cost of pharmaceuticals and other health-care services is one of the federal Liberal government's priorities after meeting in Vancouver with provincial and territorial health ministers. […] 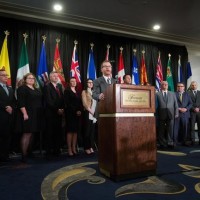 Jan 20 2016 — Tamsyn Burgmann — VANCOUVER — The provinces and territories are mounting a united front to persuade the federal government to boost its share of health-care spending to at least 25 per cent of their costs. British Columbia Health Minister Terry Lake said he and his counterparts will make the request at a meeting on Thursday with federal Health Minister Jane Philpott. "I don't […] 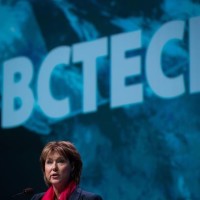 Jan 19 2016 — Tamsyn Burgmann — VANCOUVER — Students in British Columbia's public elementary schools are on track to become the first generation to get basic training in computer coding as the province answers a call from its thriving tech sector. Some children in grades six to nine will begin learning the ABCs of digital technology once the government adds coding to teachers' lesson plans in its modernized curriculum. Schools […]

Robots to drones: B.C. puts focus on tech into hyperdrive with first-ever summit

Jan 17 2016 — Tamsyn Burgmann — VANCOUVER — Greg Caws calls home a cattle ranch in the East Kootenay community of Wardner and says he appreciates the perspective of rural British Columbia, where relatives have worked as miners and loggers. He's also an entrepreneur who champions the technology sector with unsung stories of companies marrying those traditional industries with cutting-edge innovations. There are […]

Jan 12 2016 — Tamsyn Burgmann — VANCOUVER — After being diagnosed with stage 4 lung cancer, Jennifer Strack became convinced that even as someone who'd never smoked, she would soon die. When the usual treatments failed, doctors with the BC Cancer Agency proposed a drug that would not have been offered under standard protocols. A year ago, Strack joined a "highly experimental" program, which received $3 million in […]

Jan 11 2016 — Tamsyn Burgmann — VANCOUVER — Kinder Morgan is failing British Columbia's test for proceeding with a proposed pipeline expansion, so far unable to prove it will meet key safety requirements or serve the province's best interests, the environment minister says. Mary Polak said the company has not provided enough evidence in its plans for the Trans Mountain pipeline to convince the government it can meet […]

Jan 8 2016 — Tamsyn Burgmann — VANCOUVER — A Syrian refugee is finding comfort in his new homeland through the use of universal tools — barber scissors and an electric trimmer. Mohammed Kurdi gave his first haircut in Canada to the mayor of his city, an honour the politician and Kurdi's sister say symbolizes a fresh start for the family of a drowned Syrian boy. Mayor Richard […] 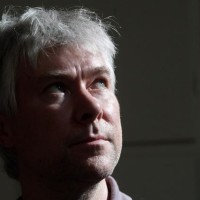 Jan 6 2016 — Tamsyn Burgmann — VANCOUVER — The federal Liberal government may be setting a new tone within the immigration department, clearing a path to reunite a former Russian KGB translator with his family in Canada, says his lawyer. Mikhail Lennikov, 55, voluntarily left six years of church sanctuary in Vancouver just months before a Federal Court overturned his failed application for permanent residence […] 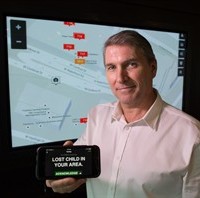 Dec 24 2015 — Tamsyn Burgmann — VANCOUVER - When Stanley Cup rioters rained chaos onto Vancouver's downtown core in June 2011, holes were exposed in the capabilities of police trying to stop looting and arsons.Communication between police was so bad that teams deploying tear gas accidentally dispersed crowds into streets being cleared by other squads. Radios were so faint in the […] 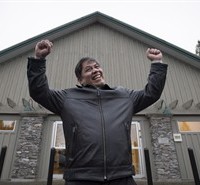 Salvadoran dad weeps in relief on leaving B.C. church after 2 years in sanctuary

Dec 24 2015 — Tamsyn Burgmann — LANGLEY, B.C. - He first put one toe out the door, then backed up a few steps and finally Jose Figueroa lunged forward with both feet through the front entrance of the church that had protected him from deportation for the last two years.The asylum seeker from El Salvador sobbed joyously in the embrace of […] 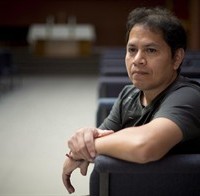 Dec 23 2015 — Tamsyn Burgmann — VANCOUVER - A man who defied a murderous dictatorship, escaped his native El Salvador under death threats, and then fled into church sanctuary in British Columbia under the former Conservative government has finally been handed his freedom.Jose Figueroa will step through the doors of the Langley, B.C., church on his 49th birthday on Wednesday to […]

Dec 21 2015 — Tamsyn Burgmann — VANCOUVER - One technology startup is using artificial intelligence to save people who book online flights up to 80 per cent.Another helps farmers boost their crop yields with a mobile app that manages operations from seed to sale.A third new technology firm aims to replace conventional bank accounts with only a card and an app.They're […] 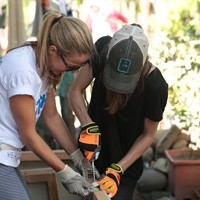 Dec 17 2015 — Tamsyn Burgmann — VANCOUVER - A group of 20-somethings flew from Vancouver to El Salvador earlier this month to build new homes for agricultural families displaced by flooding. Their materials included wood, fibre cement and, most importantly, personalized videos to message to their friends.The millennials used person-to-person videos much like the popular messaging app Snapchat to record heartfelt […]

Dec 8 2015 — Tamsyn Burgmann — VANCOUVER - The British Columbia government is betting on the potential success of technology startups to boost job creation across the province.Premier Christy Clark announced a $100-million venture capital fund to give early-stage tech entrepreneurs access to money that will help grow their businesses.She said the money will address the difficulty entrepreneurs face when trying […]