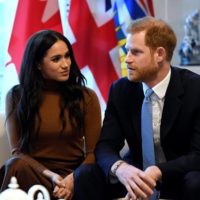 Canada, U.K. discussing how to pay for Harry and Meghan’s security costs: minister

Jan 27 2020 — John Paul Tasker — CBC — Public Safety Minister Bill Blair said today that the RCMP and security officials in the United Kingdom are discussing how best to protect Harry and Meghan while they live here in Canada — and who ultimately will foot the bill for their security. Speaking in the House of Commons, Blair said Canada is dealing with […] 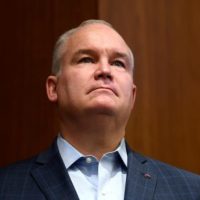 Jan 27 2020 — John Paul Tasker — CBC — Pitching himself as a ‘fighter,’ O’Toole vows to protect jobs and defend Canada from ‘radical left.’ Ontario MP Erin O’Toole confirmed Monday he is joining the race to lead Canada’s Conservatives, promising to bring “true blue leadership” to the party as it looks for a successor to Andrew Scheer. This is O’Toole’s second run for […] 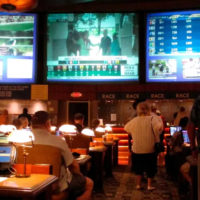 Jan 24 2020 — John Paul Tasker — CBC — The Canadian gaming industry is losing billions of dollars in sports betting revenue to the black market each year due to federal prohibitions — and a recent legalization push in the U.S. could further threaten the viability of casinos in this country, proponents say. Casino boosters in Canada, including NDP MP Brian Masse, are hoping […] 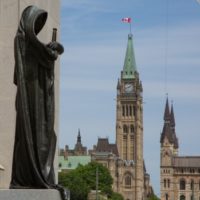 Jan 16 2020 — John Paul Tasker — CBC — The Supreme Court of Canada has dismissed B.C.’s request to appeal a lower court decision that quashed provincial legislation designed to block the Trans Mountain expansion project. In an unanimous decision, Chief Justice Richard Wagner said the court will let the B.C. Court of Appeal decision stand. The decision clears yet another legal hurdle for […] 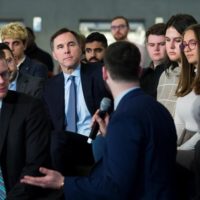 Canada hasn’t decided if it would cover security costs for Harry and Meghan: Morneau

Jan 13 2020 — John Paul Tasker — CBC — Finance Minister Bill Morneau said today the federal government hasn’t decided if Ottawa would help to cover the security costs associated with a move by Prince Harry and his wife Meghan to Canada. A report in the London-based Evening Standard Monday said Prime Minister Justin Trudeau has told the Queen already that Canada would assume […] 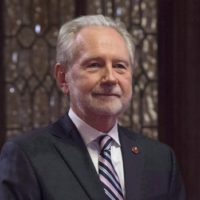 Jan 6 2020 — John Paul Tasker — CBC — Sen. Peter Harder, the outgoing government representative in the upper house, says the Don Meredith sex scandal proved that the Senate’s ethics code needs a rewrite. At issue is just how long it took Senate Ethics Officer (SEO) Pierre Legault to complete his review of serious allegations that rocked the Red Chamber in the last […]

Dec 27 2019 — John Paul Tasker — CBC — Sen. Peter Harder, Trudeau’s outgoing point-man in the upper house, said the Conservatives’ loss in the last election has secured the Senate’s future as a more independent chamber free of partisan politics. And while he’s pleased with the reforms made during his four-year term as government representative in the Senate, Harder said he’d like to […] 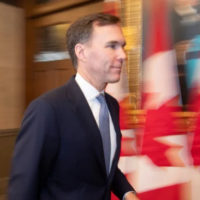 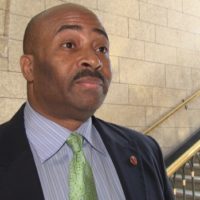 Dec 10 2019 — John Paul Tasker — CBC — The Senate’s ethics committee wants to strip disgraced former senator Don Meredith of his “honourable” title to protect the “dignity and reputation” of the upper house. Under the table of titles used in Canada, senators are to be styled “honourable” for life — even after they resign or retire from the Upper House. Meredith resigned […] 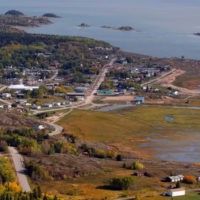 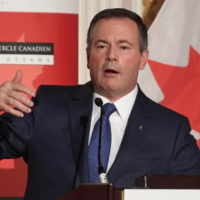 Dec 9 2019 — John Paul Tasker — CBC — Alberta Premier Jason Kenney is in Ottawa today with a detailed plan for federal support he says will help his province grapple with a prolonged commodity price slump that has left the economy reeling. Speaking at a lunchtime reception in Ottawa, Kenney said for decades Alberta has been an outsized contributor to the Canadian economy […] 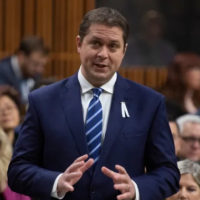 Dec 6 2019 — John Paul Tasker — CBC — Conservative Leader Andrew Scheer said today the Liberal government is to blame for fomenting a national unity “crisis” and Prime Minister Justin Trudeau “hasn’t learned a thing” since the election returned him to office with a reduced mandate. Scheer delivered his response to Thursday’s throne speech in the House of Commons this morning, saying the […] 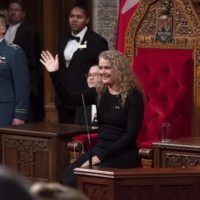 Dec 5 2019 — John Paul Tasker — CBC — In a throne speech promising new efforts to tackle climate change, make life more affordable and impose a ban on “military-style” firearms, the Liberal government today called on members of Parliament to work across party lines to solve some of the country’s most pressing issues. The first throne speech since the election — which saw […] 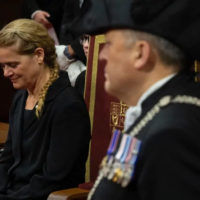 What to expect from today’s speech from the throne

Dec 5 2019 — John Paul Tasker — CBC — The Liberal government will lay out its priorities for its second term in office in the throne speech today — a chance for Prime Minister Justin Trudeau to reboot his government after voters reduced it to a minority in the last election campaign. The speech, a tradition steeped in Crown pomp and pageantry, must be […] 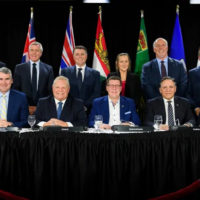 With national unity under stress, premiers back a budget fix to help oil-rich provinces

Dec 2 2019 — John Paul Tasker — CBC — Canada’s premiers emerged from a day of meetings Monday united and with a list of demands for Prime Minister Justin Trudeau including a more generous federal health transfer and a radical rethink to the fiscal stabilization program that helps provinces facing a short-term cash crunch.