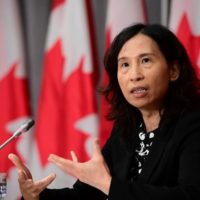 Sep 4 2020 — Terry Pedwell — OTTAWA — The fall will bring new risks in the COVID-19 pandemic along with colder weather and indoor family holiday gatherings, Canada's chief public health officer warned Friday. With the final long weekend of the summer season upon us, Dr. Theresa Tam said Canadians need to consider their own risk factors and the details of plans for […] 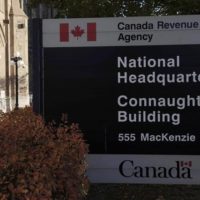 Jul 24 2020 — Terry Pedwell — OTTAWA — The federal government has lost at least $439 million so far this year in productivity through a policy that allows civil servants to stay home, with pay, during emergencies such as the COVID-19 pandemic, the country's budget watchdog said in a report released Friday. Most of that total was a result of employees […] 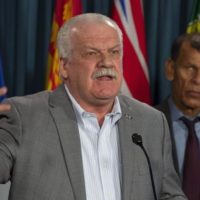 Civil servants to get up to $2,500 each for Phoenix ‘pain and suffering’

Jul 10 2020 — Terry Pedwell — OTTAWA — Federal employees stand to collect up to $2,500 each in cash payments for "pain and suffering" resulting from the government's failed Phoenix pay system under an agreement reached with the country's biggest civil-service union. The settlement comes as government workers scramble to get emergency benefits out to individual Canadians and businesses affected by […] 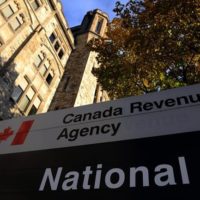 Apr 2 2020 — Terry Pedwell — OTTAWA — Canada Revenue Agency employees know a giant spotlight will be pointed at them come Monday, when they begin the monumental task of delivering federal benefits meant to mitigate the disastrous economic effects of the COVID-19 pandemic. "If you work for CRA, people think we are just there to take money from your pockets," […] 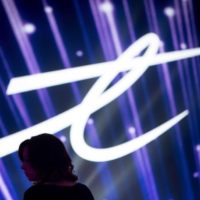 Feb 17 2020 — Terry Pedwell — OTTAWA — One of Canada's major mobile service providers appears to have set the stage for a battle with Ottawa over the timing of proposed wireless rate cuts. Telus and affiliated brands Koodo and Public Mobile recently placed what they are calling a "True North Affordability" stamp on their websites — a move one consumer advocate says […] 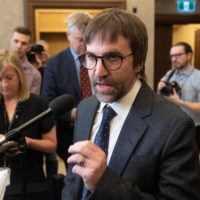 Feb 3 2020 — Terry Pedwell — The Canadian Press — OTTAWA — The minister responsible for overhauling Canada's broadcasting and telecommunications sectors tried to reassure Canadians Monday that the federal government is not preparing to license news outlets. "Let me be clear. Our government has no intention to impose licensing requirements on news organizations nor will we try to regulate news content," Heritage Minister Steven Guilbeault […] 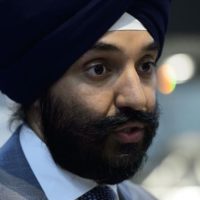 Promised 25 per cent wireless rate cut is on top of recent reductions: Bains

Jan 14 2020 — Terry Pedwell — OTTAWA — The federal government is making clear that cuts to wireless rates it expects from mobile service providers must go above and beyond any price reductions already seen since 2016. Industry Minister Navdeep Bains says the 25 per cent rate reductions he has been mandated to achieve over the next two years will be […] 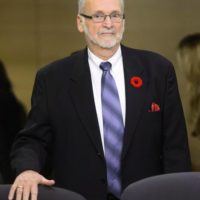 Jan 8 2020 — Terry Pedwell — OTTAWA — Canada's broadcast and telecom regulator says it's inevitable that foreign media companies streaming content into Canada, including Netflix and Amazon, will have to make an "equitable" contribution to the production of Canadian content. But the chairman of the Canadian Radio-television and Telecommunications Commission says it's not as simple as making those companies pay […] 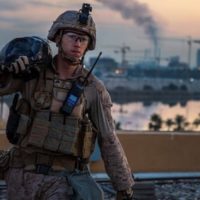 Jan 6 2020 — Terry Pedwell — OTTAWA — Canada is closely monitoring developments after Iraq's parliament called for the expulsion of foreign troops from the country, a spokesman for Defence Minister Harjit Sajjan said. But Sajjan's press secretary, Todd Lane, would not say whether contingency plans are in the works for getting Canadian military personnel out of Iraq should the situation […] 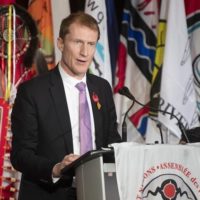 Jan 2 2020 — Terry Pedwell — OTTAWA — Some Indigenous communities could soon take over authority for their child-welfare systems under a federal law that took effect this week. But it could be years before others are prepared to take on the responsibility under what federal Indigenous Services Minister Marc Miller calls a "complex" piece of legislation. "This is a process that […]

Dec 31 2019 — Terry Pedwell — OTTAWA — Federal tax changes coming into effect Jan. 1 will lower taxes for most Canadians and also impact retirees, recently separated individuals who want to use their retirement savings to buy a home and digital news consumers. The basic amount most Canadians can earn tax-free is going up on Jan. 1, resulting in slightly lower […] 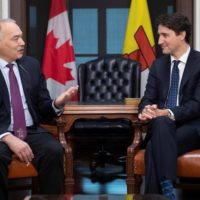 Nov 28 2019 — Terry Pedwell — OTTAWA — Canadians living in the North should receive higher rebates to compensate for the federal carbon tax than people in Southern Canada, the premier of Nunavut said after meeting Thursday with the prime minister. The Trudeau government introduced the carbon tax in 2018 and gave itself the authority to implement a carbon-pricing system for […] 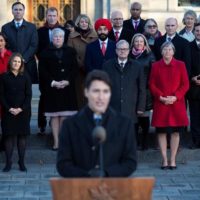 Nov 20 2019 — Terry Pedwell — OTTAWA — The country's largest civil service union isn't waiting for the prime minister to give marching orders to his new cabinet, offering up its own suggestions for government priorities in the coming months. The Public Service Alliance of Canada is set to release an open "mandate letter" of sorts to Justin Trudeau and his Treasury […] 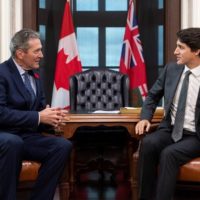 Nov 8 2019 — Terry Pedwell — OTTAWA — Giving clear indications that he's prepared to broker a truce between the federal Liberals and his more disgruntled Prairie counterparts, Manitoba Premier Brian Pallister said he offered strategies to the prime minister Friday for uniting the country. "I came in peace," Pallister said after a 45-minute meeting with Justin Trudeau in his Parliament […] 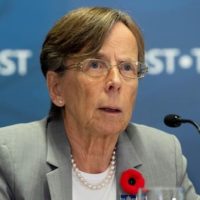 Nov 7 2019 — Terry Pedwell — OTTAWA — Small aircraft operators in Canada have fallen into a trap of accepting too many safety risks — and it has to stop before more people are killed or injured, the Transportation Safety Board warned Thursday. TSB senior investigator Glen Whitney said so-called air-taxi operators — companies that carry fewer than 10 passengers in […]