Sep 6 2017 — Tim Powers — Hill Times — Is Justin Trudeau’s government truly vulnerable for the first time? Failure to deliver on electoral reform, a badly broken deficit promise, and even a $10-million payout to Omar Khadr have had to date no real impact on his team. But what looks like an ill-conceived tax-reform package—potentially drafted by officials who have never actually run […]

Why spending $30,000 on Broadway tickets could be smart federal policy

Aug 9 2017 — Tim Powers — Hill Times — Two weeks ago, I had the occasion to see the truly moving Broadway production Come from Away. Theatre reviews are not my specialty, but to say the show was emotionally powerful would be an understatement of gross proportions. Come from Away captures the stories of Newfoundlanders and stranded travellers in Gander, N.L. following the Sept. […]

Jul 5 2017 — Tim Powers — Hill Times — Summer is upon us and so is a new political season. It is one that matters a lot for different reasons to our biggest political parties. For the opposition Conservatives, the Andrew Scheer roadshow begins. The new leader will be trotted out in communities across the country to, first and foremost, build faith among supporters […]

Mar 22 2017 — Tim Powers — Hill Times — For a second week in a row, my focus is going to be on the Senate. Not for some of the good work they have done recently on challenging bills that have come from the House of Commons or initiating reform to end genetic discrimination. No, instead it is to look at two bad apples […]

Liberal nomination process: so much for openness and transparency

The good and bad of family dynasties in politics

Feb 22 2017 — Tim Powers — Hill Times — While elements of the American and British electorate seem repulsed by elites in politics and empowered by their rejection the Canadian environment is still different. If anything, political dynasties remain very much alive in Canada. A second Trudeau is our prime minister and another man named LeBlanc is a senior minister in his government. We […]

The perils of political hypocrisy

Feb 15 2017 — Tim Powers — Hill Times — Hypocrisy is alive and well in our body politic. Is it any wonder carnival-barking outsiders like Kevin O’Leary get so much attention? By simply purporting not to be a standard politician, you can come across as a winner. In the past week we have seen some great displays of false moralizing: 1) the Liberals placing […]

Of politicians, vacations, and helicopters

Raitt risks blood in her quest to sink the big fish

Jan 11 2017 — Tim Powers — Hill Times — Lisa Raitt has gone shark fishing! As someone who grew up in the era of the epic Jaws films, she knows it can be a pretty bloody endeavour to catch the big fish, but well worth the glory if you do. Last week, Raitt, who to date has had generally a quite uneventful Conservative leadership […]

A word of advice for Mr. Wonderful

Dec 14 2016 — Tim Powers — Hill Times — Kevin O’Leary, if he does read or study political history, ought to look at the chapter on Michael Ignatieff. Because if the self-described Mr. Wonderful does enter politics, he doesn’t want to suffer the same spectacular flameout that the former can’t-miss candidate and Liberal leader Ignatieff experienced. The putative political career of O’Leary has some […]

Leitch is more Clinton than Trump

Nov 16 2016 — Tim Powers — Hill Times — Donald Trump is now the president-elect of the United States. Whether you like it or not (I don’t), you have to accept the result. Democracies don’t always give us the verdict we want, and when they don’t, sulking isn’t the solution. Most of the world seems to be in a funk about Trump’s win, but […]

Who would have guessed Senate and innovation could be used in the same sentence?

Nov 2 2016 — Tim Powers — Hill Times — What may have started as a communications exercise by the Liberals to differentiate themselves from their public opponents on Senate reform has turned very real, very fast. Institutional change is at hand. Disruption and disruptive behaviour is all the rage in business these days. It might be the approach, either deliberate or not, that the […]

The Liberals screwed up, but let’s not overestimate the impact of pricey fundraisers

Oct 26 2016 — Tim Powers — Hill Times — To date, Prime Minister Justin Trudeau and the federal Liberals have done a reasonable job of not sounding smug or looking self-interested. But with political fundraising back in the news and focused squarely on current Liberal Party of Canada practices, the vanilla veneer is getting smudged. In different reports last week The Globe and Mail […]

Oct 5 2016 — Tim Powers — Hill Times — Brad Trost the Conservative Member of Parliament from Saskatchewan appears to be having the time of his life in his role as menace-in-chief of the Conservative Party’s leadership race. Trost’s name may be new to many after his long years of glorious service on the Tory backbenches since 2004. But after 12 years, this lamb […] 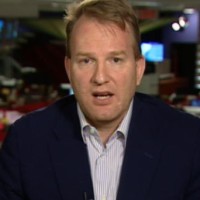 Sep 28 2016 — Tim Powers — Hill Times — Political scandals in Canada come from the strangest places. Who would have predicted the Liberal government would be in the midst of a storm over moving relocation expenses? The symbolism of this story is the most dangerous thing for the government. The Liberal proposition to the public during the 2015 election was they were not […]