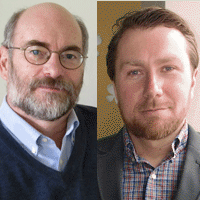 We have the text so where is the debate about Canada–EU free trade deal?

Nov 7 2014 — Scott Sinclair and Stuart Trew — National Newswatch — On August 5, 2014, more than five years after the launch of negotiations between Canada and the European Union toward a Comprehensive Economic and Trade Agreement (CETA), the federal government announced that, “officials have reached a complete text, allowing translation and final legal review to commence.” A week later, German broadcaster ARD leaked more than […]