Articles by Will Campbell 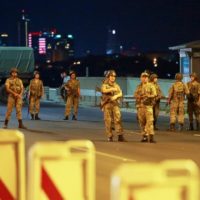 Ontario MP in Turkey during coup moved by pro-democracy demonstrations

Jul 17 2016 — Will Campbell — Global News — A Toronto-area MP in Turkey during the failed coup attempt says he was moved as he watched thousands of overjoyed demonstrators celebrate the survival of democracy in the country. Ahmed Hussen was with his family on vacation in Istanbul when a rogue faction of the military entered the city late Friday, blocking off two key […] 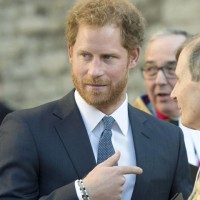 May 1 2016 — Will Campbell — Global News — Call it when Harry met Justin. Prime Minister Justin Trudeau will be on hand to welcome Prince Harry and launch the countdown to the Invictus Games in Toronto on Monday. Trudeau’s itinerary reveals he will hold a morning photo-op with the prince as they start the timer to the 2017 games in Toronto, in what […] 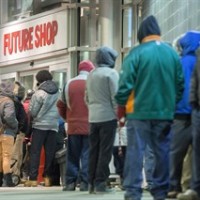 Dec 26 2014 — Will Campbell — The Canadian Press — TORONTO - Shoppers hit the stores in most of Canada on Friday weaving their way through the throngs of people trying to snap up traditional Boxing Day deals.Toronto's downtown Eaton Centre mall was one of several major malls across Canada opening their doors earlier than usual to accommodate bargain hunters.Twenty-four-year-old Michelle McMullen made the trip […]

Dec 13 2014 — Will Campbell — NEWMARKET, Ont. - A woman convicted of orchestrating a phoney home invasion that left her mother dead and father seriously injured wept as a Toronto-area jury handed down its verdict on Saturday after a lengthy trial.Jennifer Pan, 28, dropped her head in silence as the first-degree murder verdict was read against her in a Newmarket, […]

Dec 7 2014 — Will Campbell — The Canadian Press — TORONTO - Ontario's premier has entered the debate over Canada's new prostitution law a day after it took effect, adding her voice to a growing number of groups concerned for sex workers' safety and adding tension to her relationship with the Harper government.Kathleen Wynne issued a statement Sunday saying she has a "grave concern" that […] 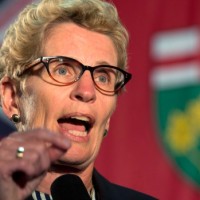 Dec 7 2014 — Will Campbell — The Canadian Press — Ontario Premier Kathleen Wynne says she is concerned the country’s new prostitution law fails to make sex workers safer, and is seeking advice on whether it is in line with the Charter. Wynne says she has asked the province’s attorney general to advise her on the legislation’s “constitutional validity” in light of the Supreme Court […]

Dec 5 2014 — Will Campbell — TORONTO - Command headquarters was informed that not everyone boxed in by officers at a Toronto G20 protest four years ago was a demonstrator, but no orders came to let passersby out, a police disciplinary hearing was told on Friday.Retired Insp. Norn Miles told the internal inquiry into the actions of Supt. David (Mark) Fenton […]

Nov 30 2014 — Will Campbell — TORONTO - A new computer system tasked with administering social assistance in Ontario is creating "chaos" as staff waste valuable time trying to get it to work rather than helping their clients, the union representing welfare caseworkers says.Carrie Poole-Cotnam with the Canadian Union of Public Employees said the revelation a bug in the software erroneously […]

Nov 29 2014 — Will Campbell — TORONTO - The Ontario government says a glitch with social assistance transfers that queued up $20 million in overpayments has been fixed — though efforts are underway to retrieve $300,000 that did end up being received.A spokeswoman for Social Services Minister Helena Jaczek says the bug with the new software system was fixed within "24 […] 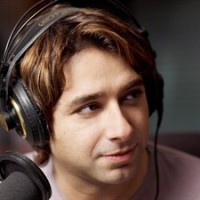 Nov 1 2014 — Will Campbell — The Canadian Press — TORONTO - Three women have now filed abuse complaints against fired CBC star Jian Ghomeshi and investigators are looking into reports of a "graphic" video in the network's possession, police said Saturday."These people have come forward. They've seen that other people are talking about it and it's brought it back up in their lives," Insp. […] 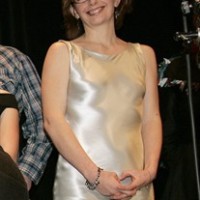 Oct 30 2014 — Will Campbell — TORONTO - "Trailer Park Boys" actor Lucy DeCoutere has accused former CBC-Radio host Jian Ghomeshi of choking her "to the point she could not breathe" and slapping her "hard three times on the side of her head," the Toronto Star reported late Wednesday.The "Q" radio host has been accused of abusive behaviour by a series […] 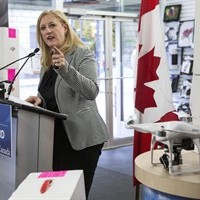 Oct 21 2014 — Will Campbell — TORONTO - The federal government has launched a public campaign to help an increasing number of Canadians fly drones safely, though documents show many would-be pilots are facing lengthy delays in getting permission to send the popular unmanned aircraft buzzing skyward.Transport Minister Lisa Raitt kicked off the campaign Tuesday in Toronto, reminding operators of legal […] 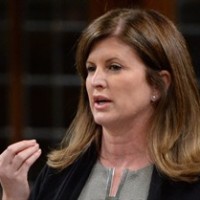 Oct 14 2014 — Will Campbell — TORONTO - Human testing of an experimental Canadian-made Ebola vaccine began Monday, with federal officials saying the drug could be shipped to West Africa within months if it proves successful. Health Minister Rona Ambrose said the launch of the vaccine's first clinical trial marks a promising step in the global campaign to contain the virus, […]

Deadline this week for Cda in Cuban jail

Oct 5 2014 — Will Campbell — A lawyer for a Canadian businessman sentenced in Cuba to 15 years in prison says a decision will be made this week whether to appeal or let the verdict stand in hopes of speeding his return to Canada.Cy Tokmakjian, who owns the Ontario-based automotive company Tokmakjian Group, was sentenced last month on corruption-related charges that […] 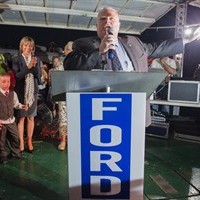 Sep 27 2014 — Will Campbell — The Canadian Press — TORONTO - A defiant Toronto Mayor Rob Ford returned to the public spotlight Saturday, talking tough about the cancer racking his body by saying he'd take it "out the back" and get rid of it like he did his substance abuse problems.Ford mounted a small stage at his family's annual barbeque party and, backed by […]