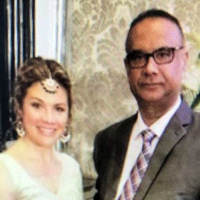 Mar 5 2018 — Yael Berger — CFRA — Prime Minister Justin Trudeau’s current national security advisor may be spinning a theory that the Indian government played a role in Jaspal Atwal’s appearance on a guest list at the Canadian High Commission, but the former head of Canada’s spy agency says he doesn’t buy it. “I just don’t see it”, said Dick Fadden, who […] 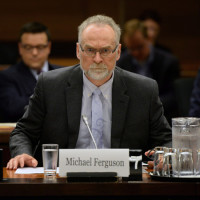 Auditor general: ‘It wouldn’t be hard’ to exploit border safety

Feb 3 2016 — Yael Berger — Maclean's — If someone wanted to exploit the gaps in Canada’s border safety system for criminal activity, it wouldn’t be difficult to do, says Canada’s Auditor General in his 2015 Fall Report. Gaps in the system for examining export shipments at the Canada Border Services Agency could pose a national security risk, Auditor General Michael Ferguson told […] 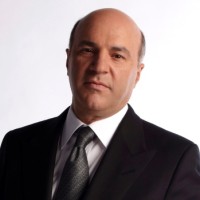 Jan 15 2016 — Yael Berger — Maclean's — Kevin O’Leary—former Dragon’s Den dragon, investor and former television host—says he can’t speak French, but he doesn’t think that’s a problem if he runs to be Canada’s prime minister, he told David Akin, host of “Everything is Political,” on SiriusXM Canada radio. He said he could absolutely run for the leadership of the Conservative Party—and […] 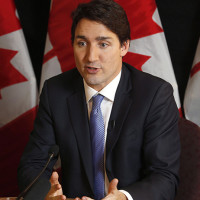 Who is Justin Trudeau meeting with?

Jan 13 2016 — Yael Berger — Maclean's — Within days of taking office, Canada’s new prime minister met with 13 lobby groups who wanted government action on everything from cloud computing to overseas business development. Filings from October through December give an indication of which interests Justin Trudeau and his top advisors considered during his first months as prime minister. The day after […] 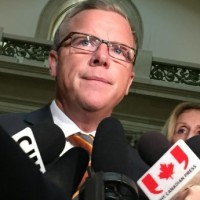 Jan 8 2016 — Yael Berger — Everything is Political – Sirius XM — Saskatchewan Premier Brad Wall firmly rejected any suggestion that he will run for leader of the federal Conservatives. “I am not running for federal politics, period,” Wall told host David Akin Thursday on “Everything is Political” on SiriusXM radio. Wall will be running for re-election in the province’s upcoming election in April and he is […]

Nov 19 2015 — Yael Berger — Everything is Political – Sirius XM — Saskatchewan Premier Brad Wall says he regrets that his letter to the Prime Minister calling for the suspension of the Liberals plan to bring 25,000 Syrian refugees to Canada by January 1 was misunderstood. “I guess just one regret I have about the letter, when we’re referencing suspension, it’s the deadline that we need to […] 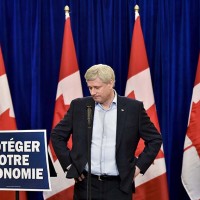 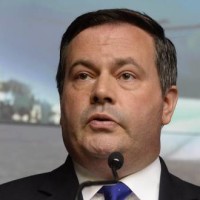 Oct 2 2015 — Yael Berger — Everything is Political – Sirius XM — Jason Kenney denies he made a veiled reference to the religion or ethnicity of Calgary Mayor Naheed Nenshi when he told the Calgary Herald “it’s the mayor and people like him” who are politicizing the issue of the niqab. “He’s a friend of mine. He knows how close I am to all of the cultural, […] 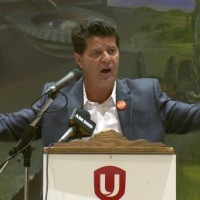 Sep 23 2015 — Yael Berger — Everything is Political – Sirius XM — The Trans-Pacific Partnership could cost jobs in Canada’s auto sector, warns Unifor president Jerry Dias. “This deal is going to have a devastating impact on a lot of small businesses including the auto parts sector,” he told Everything is Political host Evan Solomon on Tuesday. Conservative leader Stephen Harper says a trade agreement with the […] 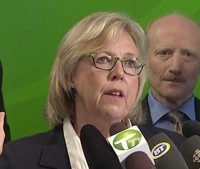 May Calls her exclusion from leaders debates ‘discriminatory’

Sep 11 2015 — Yael Berger — Everything is Political – Sirius XM — Green Party leader Elizabeth May, whose party has two seats in the House of Commons, is calling her exclusion from the upcoming Munk debate on foreign policy and other non-consortium debates discrimination. May said the privately-held debates are able to be discriminatory because they don’t have to follow the consortium rules. “The Munk debate, the […] 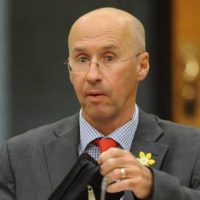 Sep 2 2015 — Yael Berger — Everything is Political – Sirius XM — Canada’s first Parliamentary Budget Officer says Canada should run a deficit over the next few years in response to the country’s stagnant economy. Kevin Page, the former Parliamentary budget officer and Jean-Luc Pepin research chair at the University of Ottawa, said Tuesday that when the economy is in trouble, it’s better to be in deficit […]