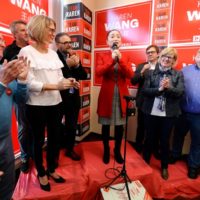 Jan 17 2019 — Burnaby Now — A source in the Burnaby South association – who didn’t want their name used – told me this morning that local Liberals warned national Liberal officials about potential trouble with Wang, currently embroiled in a controversy over a social media post that dragged race into the byelection. 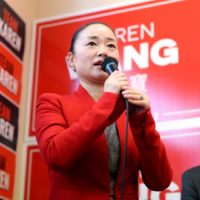 Jan 17 2019 — Burnaby Now — The Conservative Party of Canada rejected Karen Wang as a potential candidate before her short-lived Liberal Party candidacy in the Burnaby South byelection, according to MP Michelle Rempel. Rempel said Wang approached her party, wanting to run in the 2019 federal election. 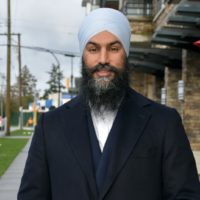 Jagmeet Singh on Tory opponent: ‘Maybe he should go back to law school’

Jan 13 2019 — Burnaby Now — NDP leader Jagmeet Singh suggested his Burnaby South opponent, lawyer Jay Shin, had forgotten a basic principle of Canadian law after the Tory said Singh was “keeping criminals out of jail” in his days as a criminal defence lawyer. Shin issued a press release accusing Singh of being soft on crime. The release came within […] 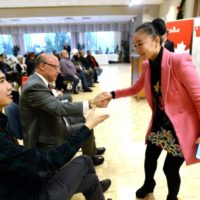 Jan 8 2019 — Burnaby Now — Liberal candidate Karen Wang is confident her deep local connections will help her defeat federal NDP leader Jagmeet Singh in the upcoming Burnaby South byelection. The businessowner says running four daycares (three in Burnaby, one in New Westminster) has given her a unique insight into the community she has called home for 20 years. 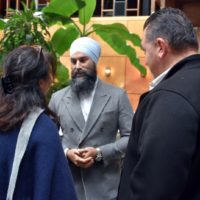 In Burnaby South, Jagmeet Singh moves in and doubles down on a political gamble

Nov 16 2018 — Burnaby Now — Jagmeet Singh is set to join the legion of renters in Metrotown, as he doubles down on his gamble to gain a seat in Parliament and cement himself as the future of a struggling federal NDP. The New Democrat said he and his wife, Gurkiran Kaur Sidhu, have found a rental home in Burnaby South […] 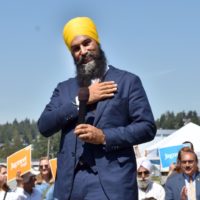 Oct 28 2018 — Burnaby Now — Prime Minister Justin Trudeau is denying the people of Burnaby South their right to political representation in Ottawa, according to NDP MP Peter Julian. The NDP expected Trudeau to call a byelection for the seat left vacant by Kennedy Stewart (now the mayor of Vancouver) on Sunday, but the prime minister only called one byelection […] 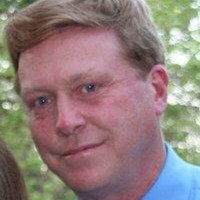 Aug 28 2018 — Keith Baldrey — Burnaby Now — It is not yet clear whether the new political party promised by disaffected ex-Conservative MP Maxime Bernier will actually materialize, but if it does, it may very well strengthen Prime Minister Justin Trudeau’s hold on this province. Bernier is promising to field candidates in every riding in the country, so presumably he aims to install […] 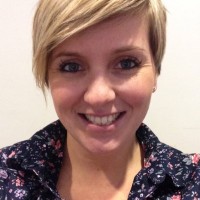 Sep 19 2015 — Jennifer Moreau — Burnaby Now — Jennifer: We’ve been getting calls from people concerned that the Conservatives, the candidates, are not coming to the all-candidates meetings, and I wanted to see what kind of policy you have for these kinds of events. Meagan: I don’t know that we have one at all. It’s up to their availability and their own decision. […] 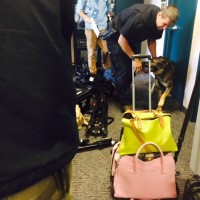 Behind the scenes at a Stephen Harper event in Burnaby

Sep 16 2015 — Burnaby Now — It’s like attending a highly organized, ideological rock concert. From the moment of entry, everything is tightly controlled at Stephen Harper’s Burnaby visit. There’s a check-in table for media where Cornelia Naylor and I are asked for official accreditation. I wonder what that looks like, as I fish in the depths of my purse, and […]

Aug 23 2013 — Burnaby Now — After reflecting since May’s election, Burnaby Coun. Sav Dhaliwal has decided to publicly call for B.C. NDP leader Adrian Dix’s resignation. Dhaliwal, former B.C. NDP president, says Dix, president Moe Sihota and provincial secretary Jan O’Brien should step down as the election in May was a huge failure. “As we all know, the last provincial […]