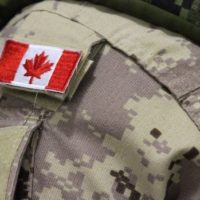 Apr 23 2021 — Murray Brewster — CBC — The Department of National Defence (DND) plans to create a new top level position — a chief of professional conduct and culture — to address sexual misconduct and racism in the ranks, CBC News has learned. A draft plan obtained by CBC News, known as an initiating directive, shows it will be an in-house position […] 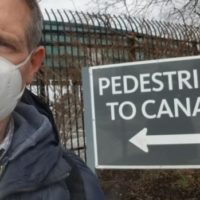 Apr 23 2021 — CBC — Greg Peacock walked across the Rainbow Bridge in Niagara Falls, Ont., and back into Canada with his three puppies in hand, pausing to take some selfies, but he didn’t cross here for the view. He chose this particular point of entry from the United States to avoid the mandatory three-day stay at a quarantine hotel […] 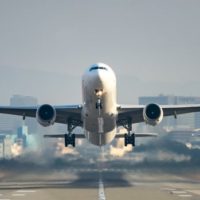 Canada to ban flights from India and Pakistan for 30 days

Apr 22 2021 — David Cochrane — CBC — The federal government will ban passenger flights from India and Pakistan for 30 days in response to rising COVID case counts in India and mutations of the coronavirus. At a press conference in Ottawa this evening, Transport Minister Omar Alghabra said the ban on direct flights from those countries will take effect tonight at 11:30 […] 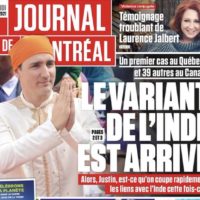 Apr 22 2021 — CBC — The front page of the province’s most popular daily newspaper reverberated throughout the National Assembly Thursday, as politicians from all parties denounced it, saying it stigmatizes Quebec’s Indian community. The premier also weighed in, though his comments were not as forceful as those made by opposition party members and one of his own ministers. Thursday’s […]

Apr 22 2021 — CBC — Opposition leaders are again pressuring the federal government to suspend flights from certain countries to clamp down on the spread of COVID variants — a decision Ottawa could make as soon as today. The renewed calls to toughen the border comes as a massive surge of COVID-19 cases ravages India. “We need to move quickly […] 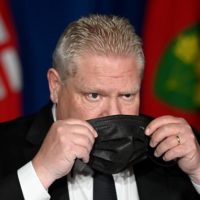 Apr 22 2021 — CBC — Ontario Premier Doug Ford apologized to Ontarians Thursday morning, days after his government faced intense backlash for introducing a number of additional COVID-19 restrictions that were not recommended by health experts and then nixed earlier this week. Ford, who is currently isolating at his late mother’s home in Etobicoke after a staff member tested positive […] 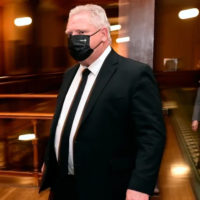 The inside story behind Doug Ford’s COVID-19 climbdowns

Apr 22 2021 — Mike Crawley — CBC — The move by Premier Doug Ford and his cabinet to give police arbitrary powers and to shut playgrounds across Ontario was made in a rush, without evidence the moves would help rein in the third wave of COVID-19, multiple sources tell CBC News. Various sources close to the government say the decisions came amid panic […] 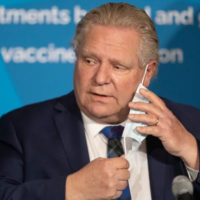 Apr 22 2021 — Eric Grenier — CBC — If Ontario Premier Doug Ford is defeated in next year’s provincial election, he might look back at this past week as the beginning of the end for his government — the moment when his pandemic-fuelled popularity came to a sudden halt. As the province’s third wave hit record highs in daily COVID-19 case counts and […] 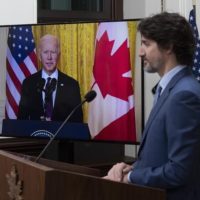 Apr 21 2021 — CBC — Prime Minister Justin Trudeau will take advantage of Joe Biden’s climate summit on Thursday to unveil Canada’s new, more ambitious climate target. Radio-Canada has learned that Trudeau will not announce a specific figure but rather a range for greenhouse gas (GHG) emission reduction targets. According to information obtained by Radio-Canada, the new Canadian goal is […] 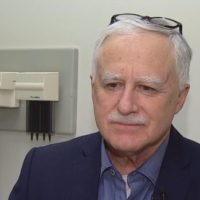 Apr 21 2021 — CBC — An influential Canadian doctor and top adviser to the World Health Organization has come under fire from international experts for his controversial comments downplaying the risk of airborne spread of the coronavirus. Dr. John Conly, an infectious diseases physician and professor of medicine at the University of Calgary, not only denied that aerosol transmission is […] 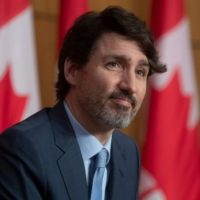 Apr 21 2021 — CBC — Seeking re-election In October 2019, Prime Minister Justin Trudeau baited his opponents over their lack of commitment to a court challenge against Bill 21, the controversial Quebec secularism law that bans public servants from wearing religious symbols at work. “I am the only one on this stage who has said yes, a federal government might […] 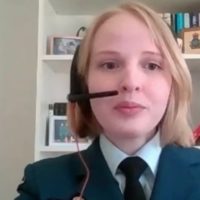 Apr 20 2021 — Murray Brewster — CBC — ‘I was raped only one month into my basic training’ — air force technician Emily Tulloch. A House of Commons committee heard startling testimony about rape and retribution from different witnesses today as it continued its examination of sexual misconduct in the military. The Status of Women committee heard both from complainants and from former […] 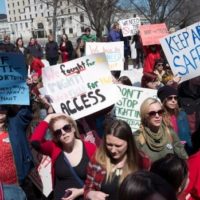 Apr 20 2021 — Catharine Tunney — CBC — The federal government says any future negotiations about boosting health funding to provinces will be tied to talks on sexual and reproductive health services — including abortion. That commitment was written into the Liberal government’s new budget, which Finance Minister Chrystia Freeland tabled in the House of Commons Monday. “The government is committed to collaboration […] 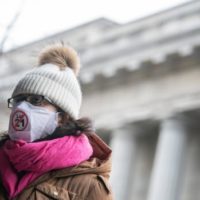 Apr 20 2021 — CBC — The Quebec Superior Court has struck down some sections of the province’s secularism law, but also ruled its most controversial provisions are constitutional. In a ruling handed down Tuesday morning, Justice Marc-André Blanchard said the Quebec government has the right to restrict what religious symbols are worn by government employees, such as teachers, police officers […] 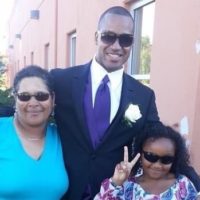 Veterans Affairs won’t release its review into former soldier who fatally shot his family, himself

Apr 20 2021 — CBC — Veterans Affairs conducted an internal review into the day an Afghanistan veteran with post-traumatic stress disorder shot his family and then himself — but the department is refusing to share its findings with the ongoing provincial fatality inquiry. The inquiry, which seeks to prevent deaths like those of Lionel, Shanna, Brenda and 10-year-old Aaliyah Desmond, […]