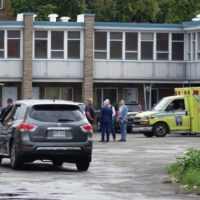 Aug 4 2022 — CBC — Police say officers shot and killed a suspect at a motel on Marcel-Laurin Boulevard in Saint-Laurent this morning, following a spate of seemingly random shootings in the greater Montreal area. Montreal police (SPVM)are not releasing any details on the case, but Quebec’s police watchdog, the Bureau des enquêtes indépendantes (BEI), said the suspect was involved […] 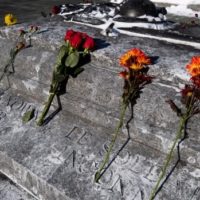 Aug 4 2022 — CBC — The Ottawa Police Service says it’s not charging a man connected to what Canada’s defence minister recently called a “desecration” of the city’s Tomb of the Unknown Soldier. Last week, footage circulated on social media of a July 24 nighttime incident in which an American flag was draped over the tomb, which is located at […] 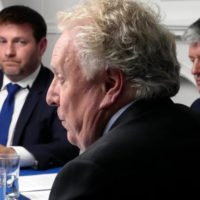 Aug 3 2022 — CBC — Three of the five candidates vying to become the next leader of the Conservative Party of Canada took part in the race’s final debate Wednesday evening in Ottawa. The bilingual event, with the first half taking part in English, came just over one month from when the party will select its third permanent leader in […] 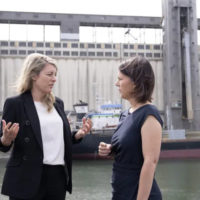 Aug 3 2022 — CBC — Canada and Germany’s foreign ministers are insisting Canada’s controversial decision to send turbines used in a Russian natural gas pipeline back to Germany was necessary, despite Russia’s apparent willingness to use energy as a wedge between the allies. Canada’s Foreign Affairs Minister Melanie Joly met with German federal Foreign Minister Annalena Baerbock in Montreal on […] 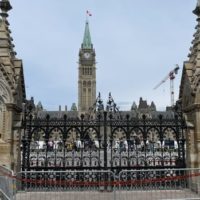 Aug 3 2022 — CBC — Ottawa police have charged a man after a vehicle rammed the front gates of Parliament Hill early Wednesday morning. Maxwell Pate, 29, is charged with dangerous operation of a motor vehicle and mischief, according to court documents. Around 3:30 a.m. ET, an unauthorized vehicle drove into the front gates on Wellington Street but was prevented […] 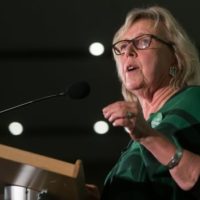 Even if Elizabeth May comes back, the Greens need to think about a post-May future

Aug 3 2022 — Aaron Wherry — CBC — Elizabeth May’s potential return to the Green party leadership would not be entirely unprecedented — and given the party’s currently dire position there might conceivably be a plausible case for putting her back at the top. But a second run for May would only make sense if it was used to better prepare the party […] 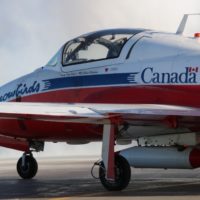 Aug 2 2022 — Ashley Burke — CBC — The complainant at the centre of an alleged group sexual assault that has shaken Canada’s sports world says she has fully cooperated at all times with a police investigation into her case, despite Hockey Canada originally saying she didn’t. The woman filed a $3.5 million lawsuit in April that said in 2018 eight hockey players, […] 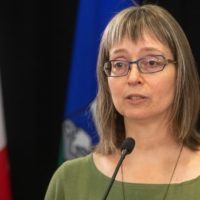 Aug 1 2022 — CBC — Alberta’s chief medical officer of health last year received the largest cash benefit payout of any provincial civil servant since the government began posting records in 2016. Dr. Deena Hinshaw’s salary last year was $363,634, but she also took home an additional $227,911 in “cash benefits” during the 2021 calendar year, according to the Alberta […] 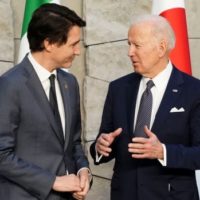 Jul 31 2022 — CBC — The massive climate and tax deal announced this week by Democrats in the U.S. Senate should inspire Ottawa to adopt a bolder approach to fighting climate change, some experts say. The $369 billion deal, unveiled on Wednesday, came as something of a surprise after prior versions of President Joe Biden’s proposal failed to gain the […] 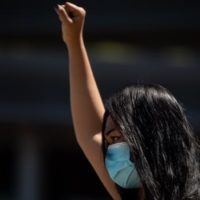 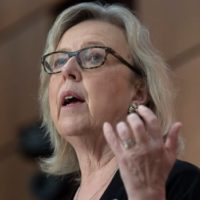 Elizabeth May is pitching herself as co-leader of the Green Party: sources

Jul 29 2022 — CBC — Former Green Party of Canada leader Elizabeth May is going to run again for her old job and is proposing to share responsibilities with a co-leader, sources tell CBC News. Multiple sources confirm a report by the Toronto Star that May is set to join the Green Party leadership race. Sources who spoke on the […] 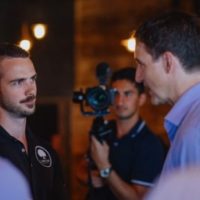 Jul 29 2022 — Wayne Thibodeau — CBC — A P.E.I. pub has pulled photos of Prime Minister Justin Trudeau from its social media accounts after getting a barrage of hate-filled comments and phone calls. Trudeau had lunch at Lone Oak’s Charlottetown pub during a brief stop on the Island last week. While at the pub, owners, staff and customers had their photos taken […]

Crisis on ice: What you need to know about the Hockey Canada scandal

Jul 29 2022 — Ashley Burke — CBC — MPs called Hockey Canada executives before a parliamentary committee this week and made them swear under oath to tell the truth about an explosive scandal that is shaking the sports world. The controversy started in May when Hockey Canada reached a settlement with a young woman who alleges she was sexually assaulted in London, Ont. […] 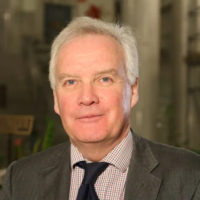 Jul 29 2022 — Graham Thomson — CBC — Premier Danielle Smith. Get used to it. That appears to be where we’re headed after watching the first official leadership debate Wednesday evening in Alberta’s United Conservative Party race to replace Premier Jason Kenney. There might be seven people on the track but Smith seems to be the only one with a steering wheel — […]