Jan 23 2020 — CNN — Jim Lehrer, the legendary debate moderator and former anchor of the “NewsHour” television program, died Thursday. He was 85. Lehrer’s death was announced by his longtime network home, PBS, where he co-founded the “NewsHour” in 1975. PBS said Lehrer died “peacefully in his sleep at home” and did not share further information about the cause […] 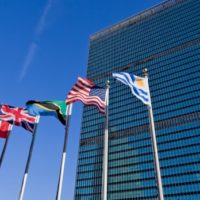 Jan 20 2020 — CNN — Refugees fleeing the effects of the climate crisis cannot be forced to return home by their adoptive countries, a United Nations panel has ruled, in a landmark decision that could open the door to a flood of legal claims by displaced people around the world. The UN’s Human Rights Committee was making a judgment on […] 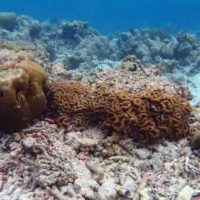 Jan 14 2020 — CNN — The world’s oceans are now heating at the same rate as if five Hiroshima atomic bombs were dropped into the water every second, scientists have said. A new study released on Monday showed that 2019 was yet another year of record-setting ocean warming, with water temperatures reaching the highest temperature ever recorded. 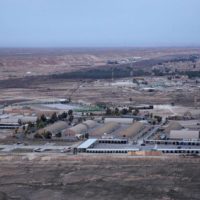 Jan 7 2020 — CNN — At least 10 rockets hit al-Asad airbase in Iraq, which houses US forces, a Sunni commander of the paramilitary forces in a nearby town told CNN. Qatri al-Obeidi, a commander in the nearby town of al-Baghdadi, said that the shelling has stopped for now. President Donald Trump visited the base in December 2018 to visit […] 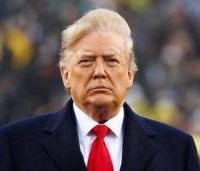 Jan 2 2020 — CNN — In the face of warnings from the Pentagon that the hold on military aid to Ukraine could be illegal, an official from the Office of Management and Budget made it clear that the order to keep the freeze in place came directly from President Donald Trump, according to unredacted documents reviewed by Just Security. The […] 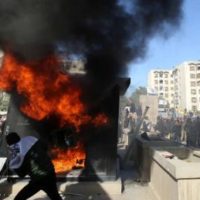 Protesters attack US embassy in Baghdad after airstrikes

Dec 31 2019 — CNN — Protesters attacked the US Embassy in Baghdad on Tuesday, scaling the walls and forcing the gates of the compound, as hundreds demonstrated against American airstrikes on an Iran-backed militia group in Iraq. Two sources at the demonstration witnessed the attempt to break into the premises — the US’ biggest embassy in the world — adding […] 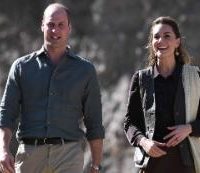 Dec 31 2019 — CNN — Prince William, the Duke of Cambridge, will launch an environmental prize aimed at dispelling pessimism over the climate crisis and replacing it with action to repair the planet, he announced on Tuesday. The multi-million pound award, called the Earthshot Prize, has been in the works for over a year, Kensington Palace said. The prize will […] 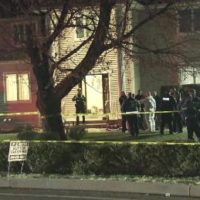 Dec 29 2019 — CNN — A man walked into a rabbi’s home during a Hanukkah celebration in a New York suburb Saturday night and began stabbing people, witnesses say. Five victims were taken to nearby hospitals, according to police. The Orthodox Jewish Public Affairs Council for the Hudson Valley Region said in a tweet that victims inside the Monsey residence […] 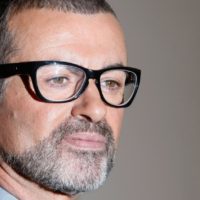 Dec 27 2019 — CNN — George Michael’s sister Melanie Panayiotou was found dead on Christmas Day, exactly three years after the British pop star died, the family’s lawyer has confirmed to CNN. “We can confirm that very tragically Melanie has passed away suddenly,” the family’s lawyer, John Reid, said in a statement on Friday.”We would simply ask that the family’s […] 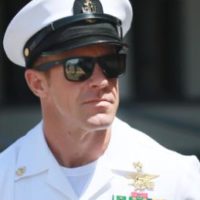 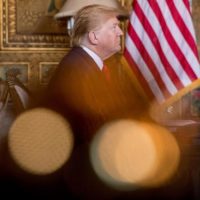 No, Justin Trudeau didn’t get Trump edited out of ‘Home Alone 2’

Dec 27 2019 — Daniel Dale — CNN — President Donald Trump tweeted Thursday night about a matter that had been percolating in pro-Trump media circles all day: the Canadian Broadcasting Corp. editing him out of “Home Alone 2: Lost in New York.” Trump made a cameo appearance — about seven seconds long — in the beloved 1992 Christmas comedy. But his supporters noticed […] 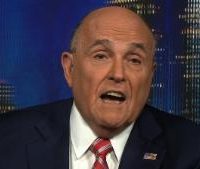 Dec 16 2019 — CNN — In an interview with the New Yorker, Rudy Giuilani said he needed former ambassador to Ukraine Marie Yovanovitch “out of the way,” and went on to say she was going to make investigations into President Donald Trump’s political rival “difficult.” 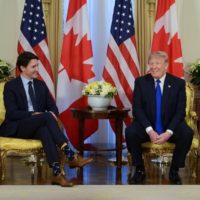 Dec 3 2019 — CNN — On Tuesday, as part of NATO meetings in London, President Donald Trump sat down with Canadian Prime Minister Justin Trudeau to chat. The two men took a series of questions from the assembled reporters, with Trump doing the vast majority of the talking. 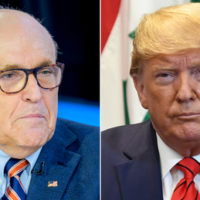 Nov 27 2019 — CNN — President Donald Trump on Tuesday denied that he directed his personal lawyer Rudy Giuliani to go to Ukraine and seek out investigations on his behalf, contradicting his own words to the Ukrainian President in the White House released transcript of the July 25 call. Trump also contradicted sworn testimony from members of his administration and […] 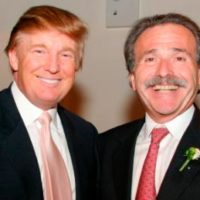 Nov 25 2019 — CNN — David Pecker, the head of the company that publishes the National Enquirer, has spoken with prosecutors with the New York district attorney’s office as part of its investigation into the Trump Organization’s handling of hush money payments to women who alleged affairs with President Donald Trump, sources with knowledge of the meeting tell CNN. The […]