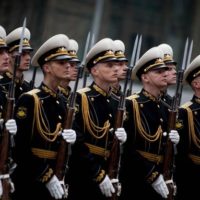 Sep 26 2020 — CSIS — After spending most of the 1990s and early 2000s rebuilding their state, regime, economy, and military after the traumatic Soviet collapse, Russia’s return to a central—and often disruptive—place in world politics has laid bare the folly of many scholars and policymakers who ignored Russia during those years or dismissively argued that the country was irrelevant […]