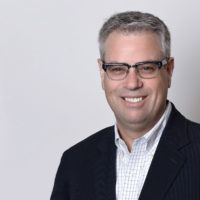 The ‘freedom convoy’ will keep driving our politics

Oct 1 2022 — Darrell Bricker — Global News — The so-called “freedom convoy” that blocked Parliament Hill and several Canada-U.S. border crossings may have dispersed earlier this year, but it won’t be leaving our political conversation anytime soon. At least, not if opponents of the federal Conservative Party and their new leader, Pierre Poilievre, have anything to say about it. The most recent polling […] 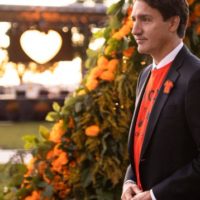 Sep 30 2022 — Rachel Gilmore — Global News — Standing on a stage with an orange shirt tucked under his blazer, Prime Minister Justin Trudeau reiterated a promise to Indigenous people: Canada will be by their side as the country works to rebuild trust. His comments Friday came on the second National Day for Truth and Reconciliation, a somber national holiday established last year […] 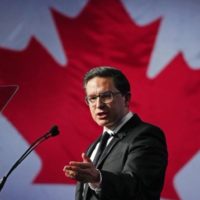 Sep 29 2022 — Global News — Less than a month into the job, Conservative Leader Pierre Poilievre has overtaken Prime Minister Justin Trudeau as the candidate seen as the best choice to lead the country, a new poll suggests. The Ipsos poll conducted exclusively for Global News found 35 per cent of Canadians surveyed believe Poilievre is the best candidate for […] 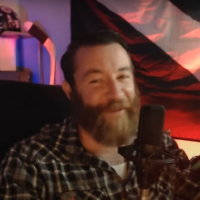 Sep 28 2022 — Rachel Gilmore — Global News — Jeremy Mackenzie, a far-right livestreamer and founder of the de-facto group “Diagolon,” has been arrested on a Canada-wide warrant, Saskatchewan and Nova Scotia RCMP have confirmed to Global News. Mackenzie made headlines this week after he allegedly made a joke about sexually assaulting Conservative Leader Pierre Poilievre’s wife, Anaida Poilievre, and his livestreams have faced […] 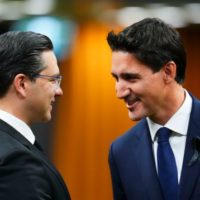 1 in 3 Canadians believe Trudeau should stay in power as Tories edge ahead: poll

Sep 28 2022 — Amanda Connolly — Global News — The proportion of Canadians who believe Prime Minister Justin Trudeau deserves to remain in power appears to be slightly lower than it was one year ago amid the federal election, a new poll suggests. Polling done by Ipsos exclusively for Global News indicates 33 per cent of Canadians say Trudeau deserves to be re-elected, which […] 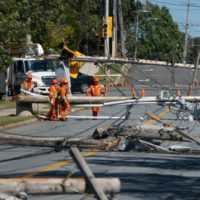 Sep 27 2022 — Amanda Connolly — Global News — Public Safety Minister Marco Mendicino says questions from the Conservatives in the House of Commons on Monday about Nova Scotia Power comments suggesting an issue with the ArriveCan app amount to “pushing false info” given the utility company later confirmed the app caused no problems. The comment from the minister is the latest in a […] 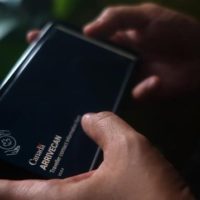 Sep 25 2022 — Global News — Nova Scotia Power has confirmed there was an “issue related to ArriveCAN” that prompted concerns among U.S. crews that they “may not be able to cross the border” to help Canada amid post-tropical storm Fiona. In a statement sent to Global News, a spokesperson for Nova Scotia Power said the issue was resolved and crews […] 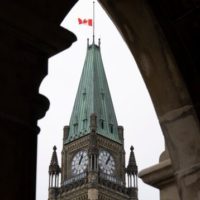 Sep 25 2022 — Amanda Connolly — Global News — One of the organizers behind the class action lawsuit filed against the federal government by Black public servants says he wants Canadians learning about the experiences of claimants in the case to “be an ally” amid a process that is causing “trauma” for those involved. In an interview with The West Block‘s Mercedes Stephenson, Nicholas […] 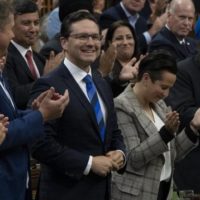 Sep 23 2022 — Alex Boutilier — Global News — Conservative Leader Pierre Poilievre is holding one-on-one meetings with each Conservative MP to gauge their interests as he prepares to assemble his front bench of critics. The meetings come ahead of an expected announcement of Poilievre’s “shadow cabinet” in mid-October, multiple sources tell Global News, timed around a week-long break in House of Commons action. […]

Sep 22 2022 — Rachel Gilmore — Global News — Prime Minister Justin Trudeau and Conservative Leader Pierre Poilievre faced off over affordability and cost-of-living in question period on Thursday — their first direct confrontation since the new Conservative leader was crowned on Sept. 10. Poilievre, speaking in French, opened with a jab at Trudeau for missing the fist two question periods of the session. […] 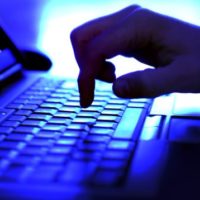 Sep 21 2022 — Rachel Gilmore — Global News — The federal government is giving new funding to continue the development of an automated tool for finding and flagging terrorist content online. In a press released issued Tuesday evening, the public safety department detailed a $1.9-million, three-year investment in funding “to combat online terrorist and violent extremist content.” “We need to confront the rise of […] 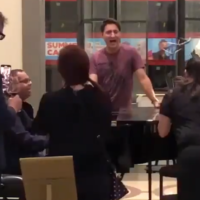 Sep 19 2022 — Rachel Gilmore — Global News — A video of Prime Minister Justin Trudeau singing at a gathering in London, England, on Saturday — days before Queen Elizabeth II’s funeral — has sparked debate on social media. In the video, Trudeau can be seen singing the Queen song Bohemian Rhapsody as Quebec musician Gregory Charles plays piano. Charles is a member of […] 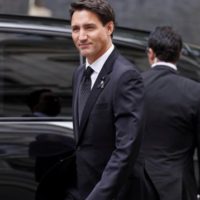 Sep 18 2022 — Amanda Connolly — Global News — Prime Minister Justin Trudeau says the complicated process that would come with any attempts to abolish the monarchy are likely a “nonstarter” for Canadians amid pressing national problems like inflation, climate change and the need for continued work on reconciliation. In an interview with Global News from London, U.K., where he is leading a Canadian […] 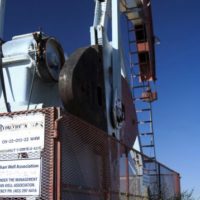 Sep 16 2022 — Global News — At 76 years old, Gwyn Morgan is not one to sit still. The former oil executive, recipient of the Order of Canada and self-described “outdoors guy” remains a long-distance runner and led Global News on a jog through side streets and forest paths of Vancouver Island during an interview about his career — itself something […] 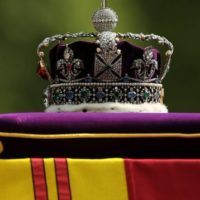 Sep 16 2022 — Global News — Nearly 60 per cent of Canadians want a referendum held to determine whether the country stays tied to the British monarchy, a new poll suggests — despite nearly equal support both for and against preserving those ties. The Ipsos poll, conducted exclusively for Global News just days after the death of Queen Elizabeth II, found […]