Adam Vaughan leaves politics with his fight for affordable housing far from won. Who will step up to fill the void?

Aug 9 2021 — Heather Scoffield — Hamilton Spectator — For years now, Toronto MP Adam Vaughan has personified the Liberals’ housing policy, an outspoken advocate within the government ranks, pushing to entrench Ottawa in the subsidy game and making affordable housing his cause célèbre. But if he thinks the federal work is done on the affordable housing front, he should think again. As he […]

Celebrate our achievements as motivation to build a better Canada

Jun 30 2021 — John Milloy — Hamilton Spectator — Should we celebrate Canada Day? As we head toward July 1, the idea of cancelling our national birthday has gained momentum. Canada’s history, many argue, is too often the story of those on the margins being oppressed or subjugated. The continuing discovery of the remains of children at former residential schools and the senseless killing […]

Where is the outrage over Quebec’s discriminatory law?

Jun 19 2021 — John Milloy — Hamilton Spectator — Fri., June 18, 2021timer3 min. read Want to see outrage these days? Mention any issue that even smacks of racism or prejudice and you will see Canadians respond with anger and passion. Why has this energy not extended to Quebec’s Bill 21? If there ever was a law that flies in the face of everything […]

Jun 10 2021 — John Milloy — Hamilton Spectator — Canada’s Catholic bishops are in hot water. The horrific discovery of the remains of 215 children at a former Catholic-run residential school has resulted in renewed calls for the church to formally apologize. Patience is wearing thin, and commentary has grown increasingly hostile. One columnist even questioned the church’s charitable tax status. Most Canadians, particularly […] 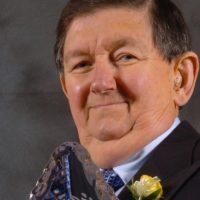 ‘We have lost another legend.’ Longtime Star sports writer Frank Orr, 84, had the ear of the hockey world

Feb 14 2021 — Hamilton Spectator — Frank Orr, who covered the Maple Leafs’ Stanley Cup championships of the 1960s and the always eventful Harold Ballard ownership years over more than four decades of award-winning sports writing for the Star, passed away Saturday. He was 84. Born William Frank Orr on May 28, 1936, he became an institution in hockey writing and […]

Why wouldn’t politicians be among the first to be vaccinated?

Dec 17 2020 — John Milloy — Hamilton Spectator — Politicians should be among the first Canadians to get vaccinated for COVID-19. Could you imagine if someone seriously made that suggestion? It seems unfathomable. As Susan Delacourt pointed out in a recent Toronto Star column, elected officials are on their guard to avoid “any suggestion that they’re using their positions to secure immunity before their […] 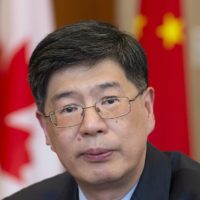 Erin O’Toole wants China’s ambassador to Canada to publicly apologize to Canadians, or be kicked out

Oct 16 2020 — Tonda MacCharles — Hamilton Spectator — Canada’s Global Affairs officials summoned China’s top diplomat in Canada for a private dressing down Thursday after remarks he made warning Canada against offering political asylum to Hong Kong democracy activists. But Conservative Leader Erin O’Toole says if Ambassador Cong Peiwu does not publicly apologize for his “belligerent” comments, which O’Toole called a threat to […]

Apr 5 2020 — John Milloy — Hamilton Spectator — Politicians like to recall tough decisions that turned out to be visionary. Of course, no politician ever likes to speak of the reverse situation — decisions that years later appear ill-advised. In the midst of COVID-19, many in the Ford government, for example, might like to forget certain parts of Bill 47, Making Ontario Open […]

When it comes to debating, the ‘how’ matters as much as the ‘what’

May 20 2019 — John Milloy — Hamilton Spectator — Maxime Bernier, leader of the People’s Party of Canada, is “obsessively opposed” to the idea of free tampons. At least that’s what Torstar columnist Emma Teitel believes. In a recent column, she took issue with Bernier’s hostility toward a proposal by the Trudeau government that all federally regulated workplaces be mandated to provide free and […]

Ford is an opportunist who has an answer for every question, but is it the right answer?

Nov 5 2018 — John Milloy — Hamilton Spectator — Although I am not Doug Ford’s biggest fan, I do have some grudging respect for his political prowess. His ability to tap into Ontarians’ frustrations is impressive. Smart politics, however, doesn’t always equal good policy. A perfect example is the premier’s crusade against the way Ontario’s schools teach math. The Tories recently made the surprise […]

Our dirty little secret: No one has a monopoly on fairness

Oct 16 2018 — John Milloy — Hamilton Spectator — What do debates over Canada’s refugee policy, Ontario’s basic income pilot and Brett Kavanaugh’s Supreme Court nomination all have in common? It can be summed up in one word — fairness. Like so many policy discussions taking place today, proponents on both sides of these issues are desperately trying position themselves as representing the only […] 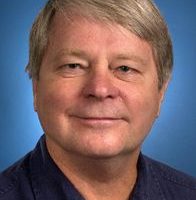 Sep 10 2018 — Geoffrey Stevens — Hamilton Spectator — Summer is usually the best of times for the party in power in Ottawa. With Parliament in recess, ministers have the stage largely to themselves, free to announce whatever they wish with as much spin — and as little explanation — as they choose. The opposition parties are left to whine about high-handed government while […]

Congratulations on winning the election — now what?

Jun 9 2018 — John Milloy — Hamilton Spectator — Elections by their very nature produce those who are victorious and those who are defeated. For both, the resulting upheaval to their lives can be dramatic. Thursday’s provincial election was no exception. For some, it means heading to Queen’s Park as a newly elected Member of Provincial Parliament. For others, it marks the end of […] 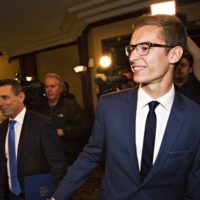 Staffers ‘told to stay away from certain MPs’ in Ottawa, says area MPP

Feb 3 2018 — Hamilton Spectator — For political neophytes, getting the chance to work on a federal election campaign in Ottawa is something of a dream job. It’s not glamorous work. They fill out forms. Answer phones. Monitor social media. Nevertheless, it gives young people access to the most important halls of power and allows them play a role in shaping […] 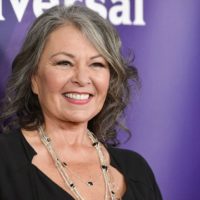 Sep 21 2016 — Hamilton Spectator — Go ahead, blame comedian Roseanne Barr for the rise of Donald Trump. On her talk show in 1998, Barr says she was among the first to publicly implore the controversial Republican candidate to run for president. “I know, it’s so funny,” says Barr in that immediately recognizable deadpan monotone, talking from her farm in Hawaii […]