Is Canada squandering its diplomatic capital with Cuba?

Mar 23 2016 — Mark Entwistle — IRPP — A former ambassador to Cuba warns that Canada needs to re-engage with Cuba, or cede its decades-old advantage. President Barack Obama has just finished a visit to Cuba that can only described as historic by any standard. The impact of the Obama visit cannot be judged by the package of announced agreements and deals that […] 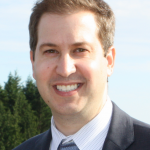 What we should ignore in Budget 2016

Mar 21 2016 — Stephen Tapp — IRPP — My last post on Policy Options Perspectives described what I’ll be looking for in Budget 2016, including things like budget transparency, prudence, clear fiscal policy targets and a better sense of key policy priorities. This article explains something I’m not focused on in the budget — the projected budget balance in a given year. This […] 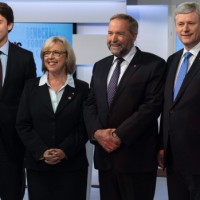 The Future of Leaders’ Debates

Mar 16 2016 — IRPP — Could use the following as an excerpt: “The “debate about the debates” in the last election cycle raised some contentious issues, many of which are still unresolved. What format should the debates take? Which party leaders should participate? And, perhaps most crucially, Who owns the debates? In this Policy Options special feature Paul Adams Elly […]

Round Table Report: Making Better Use of Science and Technology in Policy-Making

Mar 8 2016 — IRPP — Amid rapid scientific and technological change and increasing complexity, there is growing concern about the ability of governments to absorb the findings of scientific research and technological advancements; incorporate this new knowledge in the development of legislation, policy and regulation; and conduct the scientific research in support of their missions. Uncertainty surrounding the direction of […] 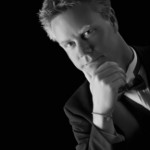 How Harper’s Philosophy Transformed Canada for the Better

Dec 1 2015 — Ken Boessenkool and Sean Speer — IRPP — The dust has finally settled following the 2015 federal election. A new government has been sworn in. Outgoing Parliamentarians have departed. A leadership race to select the permanent Official Opposition Leader will soon commence. A Speech from the Throne is expected for early December. Ottawa is gradually returning to post-election normalcy. Yet, after nearly ten […] 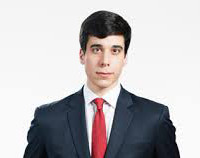 Parliament has the power to legalize marijuana, but the provinces could bogart its regulation.

Nov 18 2015 — Adam Goldenberg — IRPP — Of Prime Minister Justin Trudeau’s campaign promises, legalizing marijuana is unlikely to be an urgent priority. True, in the lead-up to last month’s election, Mr. Trudeau stated that a Liberal government would move to legalize and regulate marijuana “right away”. And, on March 15, 2015, he told a Vancouver radio station that his government would […]

Nov 10 2015 — Adam Goldenberg — IRPP — Should accomplished Canadians who aren’t career civil servants have to win seats in Parliament to serve in government? A doctor in Health. A soldier in Defence. A businessman in Finance. A scientist in Science. Much has been made of the diversity and gender parity of Justin Trudeau’s Cabinet. Yet, it is his ministers’ subject-matter expertise […]

If you’re for electoral reform, can you be against Elizabeth May?

Aug 17 2015 — Adam Goldenberg — IRPP — By the time Canadians go to the polls on October 19th, the leaders of the four major federal parties will have faced each other in just one televised English-language debate. It happened on August 6th. Though the Greens hold two seats in Parliament and have nominated candidates across the country, Elizabeth May isn’t invited to […]

What Justin Trudeau didn’t say about the Clarity Act

Aug 12 2015 — Adam Goldenberg — IRPP — The rulebook for a future Quebec referendum – specifically, the minimum margin by which the “Yes” side would have to win before the federal government negotiated secession – was a flashpoint in last week’s leaders’ debate. In this post, I review the Supreme Court of Canada’s 1998 decision in the Secession Reference and examine the […]

The police, their political muscle and election campaigns

Jun 6 2014 — Nik Nanos — IRPP — Research shows Canadians have a very high level of respect and regard for the men and women who keep our streets safe. The police work hard, put their lives at risk every day, and are a bedrock of our justice system. It shouldn’t be a big surprise that they are a much sought-after group. The […]

Tim Hudak and the folly of the BIG promise

Jun 2 2014 — Nik Nanos — IRPP — Many times when we recall the past, we think of politicians with bold visions, laying out ideas for public debate and mobilization. I can’t but now think, that the state of democracy in Canada is about avoiding the limelight and sliding into power. Perhaps, that’s the easiest path to power. Point the finger – shift […]