Jan 22 2021 — John Ivison — National Post — When allegations about a toxic work environment at Rideau Hall began to surface, Justin Trudeau dismissed the idea of replacing the “excellent” Julie Payette as Governor General. The country doesn’t want a constitutional crisis to add to the existing health crisis, he said in September.

Jan 21 2021 — John Ivison — National Post — Justin Trudeau issued his cabinet additional marching orders in the form of new mandate letters late last week. Most of Infrastructure Minister Catherine McKenna’s letter was unremarkable – lots of talk about “building back better” and supporting the finance minister to restore employment to levels experienced prior to the pandemic. 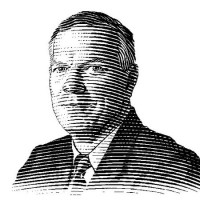 Booting Sloan was just a start. O’Toole must get serious about distancing party from unsavoury elements

Jan 20 2021 — Kelly McParland — National Post — When I first read Conservative Leader Erin O’Toole’s assertion that “there is no room for the far right” in his “modern, pragmatic, mainstream” Conservative party, my plan was to write a column indicating it wasn’t good enough. Words are just words. He’d have to do more than that. He should start by dumping Derek Sloan, […] 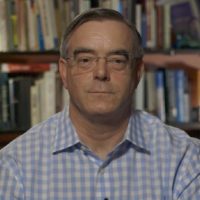 Jan 19 2021 — John Robson — National Post — Erin O’Toole just announced that he has no principles. Which I suppose has the merit of avoiding subsequent disappointment. But otherwise it is not a boast in public life, as it would not be privately. “The Conservatives are a moderate, pragmatic, mainstream party — as old as Confederation — that sits squarely in the centre […]

Jan 19 2021 — Tasha Kheiriddin — National Post — Sick of lockdown? Want your life back? Get the vaccine. That is, if it’s available. Last Friday, Pfizer announced it would be shipping Canada only half the number of vaccines originally planned for next month, as it retools its production facility in Belgium. On Tuesday, Maj.-Gen. Dany Fortin, who oversees the federal vaccine rollout, said […] 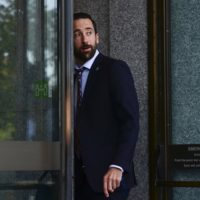 Jan 19 2021 — Brian Platt — National Post — Derek Sloan has stirred up a remarkably constant stream of controversy since being elected as a Conservative MP in October 2019, but his time in the party may be coming to an early end. Conservative leader Erin O’Toole is seeking a vote on ejecting Sloan from caucus after left-leaning outlet Press Progress reported on Monday […] 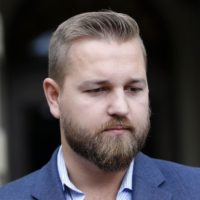 Jan 19 2021 — Derek Fildebrandt — National Post — Conservative Leader Erin O’Toole’s wants his MPs to kick Derek Sloan out of caucus for accepting a donation to his leadership campaign for $131 from a white supremacist. Whatever one thinks of Sloan, something just doesn’t add up here. Far-left propaganda website Press Progress said that they have proof that Sloan accepted the donation from […] 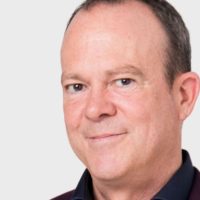 Head of Radio-Canada apologizes for spending month of December in Miami, but won’t face disciplinary action

Jan 14 2021 — Christopher Nardi — National Post — The head of Radio-Canada, the French arm of Canada’s public broadcaster, apologized but will not face disciplinary action for spending the month of December in Miami despite public health advice strongly discouraging travel. “As Canadians were strongly advised to avoid staying abroad, I understand the reaction to my trip. I am sincerely sorry and I […]

Jan 14 2021 — Matt Gurney — National Post — It’s well understood in Canadian politics that Ontario and Quebec are the parts of the country that matter. This is immensely frustrating, and understandably so, for the Atlantic provinces, the West and the territories. But it’s just math. If the Liberals can win big in Ontario and Quebec, they win. If the Tories hold their […]

Newly minted Garneau greeted with a China broadside, but it’s nothing he can’t handle

Jan 14 2021 — John Ivison — National Post — Marc Garneau has only been in his new job for a couple of days but he has already been on the receiving end of diplomatic correspondence with Chinese characteristics. These broadsides generally consist of an admonishment for Canada to mind its own business when China wants to mistreat political opponents at home and abroad.

Jan 13 2021 — Tasha Kheiriddin — National Post — “These visitors to that city on the Potomac do not come as white or black, red or yellow; they are not Jews or Christians; conservatives or liberals; or Democrats or Republicans. They are Americans awed by what has gone before, proud of what for them is still … a shining city on a hill.” Those […]

The cabinet shuffle is a puzzle

Jan 12 2021 — John Ivison — National Post — François-Philippe Champagne has been promising a tougher line on China for over a year. It was a curious quirk of providence that at the precise moment he finally announced tough new measures aimed at addressing human rights violations in Xinjiang province, he was being shuffled out of the foreign affairs portfolio. 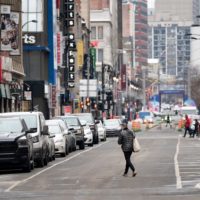 Jan 12 2021 — Ryan Tumilty — National Post — Canadians are more worried than ever about COVID-19 and vaccine hesitancy is falling alongside those fears, putting more pressure on politicians to get shots in arms as soon as possible. New polling from Maru/Blue public released exclusively to the National Post shows 70 per cent of Canadians are now concerned about catching the virus. The […]

Jan 11 2021 — National Post — One intriguing aspect of this month’s moral frenzy about jet-setting politicians and officials is that it may cement voter recall of legislators in Alberta law at last. The idea of voters being able to petition for the immediate removal of an MLA is a Western dream that has long circulated around Alberta politics without ever […]