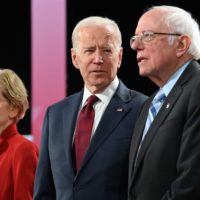 Jan 22 2020 — Newsweek — Senator Bernie Sanders leads President Donald Trump by the widest margin of all the candidates in the Democratic Party’s 2020 race when Americans are asked to choose in a face-off against the Republican incumbent, according to a poll. 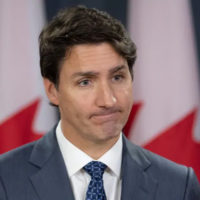 Nov 26 2019 — Newsweek — The owner of a gun shop in Pembroke, Ontario has denied being a racist, and insists that he advertised a “White Friday” sale only because “Black Friday” would remind people of the blackface scandal of Canadian Prime Minister Justin Trudeau. 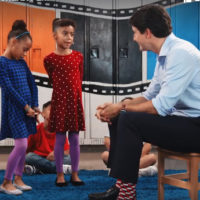 “Why did you paint your face brown?’: Two girls grill Justin Trudeau about blackface photos in awkward interview

Oct 9 2019 — Newsweek — Canadian Prime Minister Justin Trudeau has again apologised for dressing up in blackface after being grilled by twin girls during an awkward interview. The Liberal Party prime minister told the two girls he was sorry for hurting people and knew donning blackface was wrong in an appearance on the comedic Facebook Watch show New Mom, […] 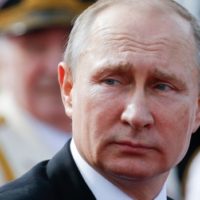 Russia State T.V. Publishes a List of U.S. Targets Kremlin Would Hit During Nuclear War, Says Supersonic Missiles Could Reach Them in 5 Minutes

Feb 25 2019 — Newsweek — Less than a week after Russian President Vladimir Putin announced that his country would target the U.S. if it places nuclear-capable missiles across Europe, Russian state television published a list of potential U.S. targets that Russia would aim to hit if nuclear war breaks out. 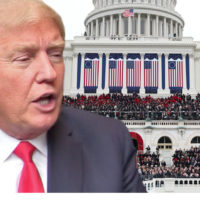 Feb 15 2018 — Newsweek — President Donald Trump flew into a rage about reporting on the size of the crowd at his inauguration and screamed at White House Chief of Staff Reince Priebus to fix the story early on the first full day of his presidency, according to an interview with Priebus for a new book. “This story is bullshit,” […] 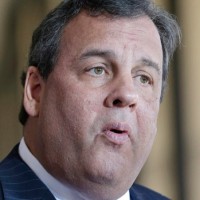 Jared Kushner ‘Deserves’ to Be Investigated for His Involvement in Russia Meetings, Chris Christie Says

Dec 20 2017 — Newsweek — New Jersey Governor Chris Christie, who helped put Jared Kushner’s father in prison, showed no mercy toward the senior White House adviser on Tuesday, encouraging Russia probe investigators to closely examine any hand he may have had in potential wrongdoings by the Trump campaign. President Donald Trump’s son-in-law “deserves the scrutiny, you know why?” Christie […] 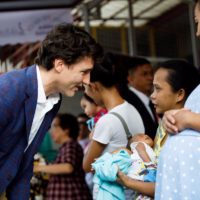 Nov 13 2017 — Newsweek — Canadian Prime Minister Justin Trudeau continued his charm attack on the world in his visit to the Philippines. Trudeau arrived in the country to attend the Association of Southeast Asian Nations (ASEAN) Summit on Sunday and was greeted by crowds of enthusiastic student performers—a stark contrast to President Donald Trump, whose visit was met with […] 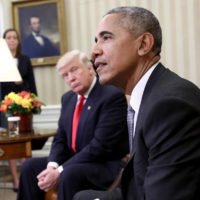 Trump’s Claim That Obama Wiretapped His Campaign is False: U.S. Department of Justice 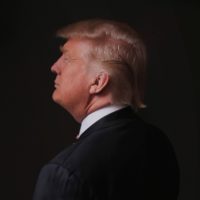 Oct 31 2016 — Newsweek — Over the course of decades, Donald Trump’s companies have systematically destroyed or hidden thousands of emails, digital records and paper documents demanded in official proceedings, often in defiance of court orders. These tactics—exposed by a Newsweek review of thousands of pages of court filings, judicial orders and affidavits from an array of court cases—have enraged […] 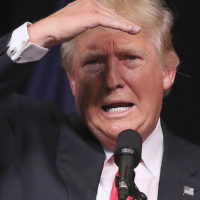 Sep 14 2016 — Newsweek — If Donald Trump is elected president, will he and his family permanently sever all connections to the Trump Organization, a sprawling business empire that has spread a secretive financial web across the world? Or will Trump instead choose to be the most conflicted president in American history, one whose business interests will constantly jeopardize the […]

Aug 12 2016 — Newsweek — Russian President Vladimir Putin has fired the head of his administration in a surprise move, the Kremlin’s press service announced Friday. Sergey Ivanov is one of Putin’s closest associates in government, having served as Putin’s deputy in Russia’s federal security services (FSB) when Putin was appointed head of the agency in 1999. He was then […] 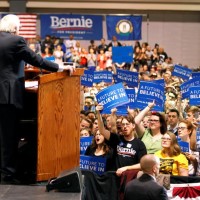 May 7 2016 — Newsweek — Hillary Clinton won four delegates Saturday after defeating Bernie Sanders in the Guam caucuses, but the insurgent senator added to his delegate total by picking up 31 delegates in Washington state, which caucused March 26. Still, Sanders’ additions don’t change the overall delegate math, as front-runner Clinton remains on track to win the Democratic nomination […] 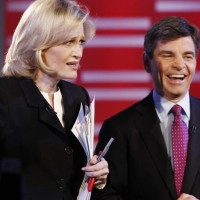 May 14 2015 — Newsweek — ABC News anchor George Stephanopoulos announced he will not moderate the ABC News–sponsored 2016 Republican primary debate after a conservative newspaper, The Washington Free Beacon, said the veteran newsman donated $50,000 to the Clinton Foundation in 2013 and 2014. Stephanopoulos was once employed by then-President Bill Clinton. The donations were not disclosed until Thursday, when […]