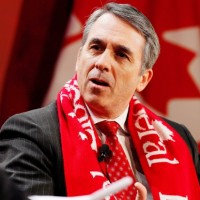 Nov 21 2014 — Brier Dodge — Our Windsor — Ottawa-Orléans Liberal nominee David Bertschi was removed from the race to run as the Liberal party representative for the riding, but he’s challenging the decision. In 2013, Bertschi ran for leadership of the federal party. He eventually dropped out, but amassed about $150,000 of debt in the process. He was earlier given approval to seek […] 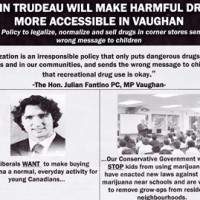 Jul 31 2014 — Tim Kelly and Adam Martin-Robbins — Our Windsor — Subtle it’s not. The flyer that landed in Vaughan mailboxes Wednesday claims Liberal Leader Justin Trudeau has gone to pot — and said he wants young people to go there, too. “The Liberal Agenda: Sell Pot! In local stores”, shows a young teen lighting up a joint with Trudeau’s smiling mug and a marijuana leaf […]