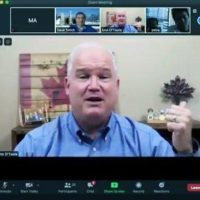 Aug 31 2021 — Peterborough Examiner — Conservative Leader Erin O’Toole calls Peterborough-Kawartha Liberal incumbent MP Maryam Monsef “a fraud” and “a disgrace” in a newly surfaced video from 2020, taped when he was running for the party leadership. Though no comment was available from the riding’s Conservative candidate Michelle Ferreri on Tuesday, Monsef, the minister for women and gender equality and […] 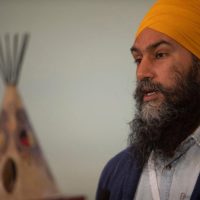 Aug 20 2021 — Tonda MacCharles — Peterborough Examiner — It was perhaps the first unscripted moment of humanity in the first week of the 2021 federal election campaign as three federal leaders swung out West in the hunt for votes. At Cowessess First Nation in Saskatchewan where NDP Leader Jagmeet Singh made an impassioned pledge to fight for “justice” for Indigenous people, the soon-to-be […] 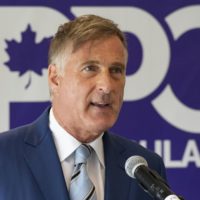 Maxime Bernier rejects climate science and vaccinations. Will he get to do it at the leaders’ debates?

Aug 20 2021 — Stephanie Levitz — Peterborough Examiner — Early on in election campaigns, federal political parties tend to brush off poll results, pointing to the old maxim that the only poll that matters is the one on election day. Except, for Maxime Bernier, the early polls do matter: for him to participate in the official leaders’ debates during this campaign, his People’s Party […] 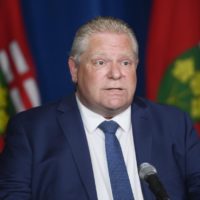 Jun 8 2021 — Robert Benzie — Peterborough Examiner — An Ontario Superior Court judge has ruled Premier Doug Ford’s election finance changes that limited labour unions’ campaign spending are unconstitutional. In a setback for Ford’s Progressive Conservatives less than a year from the next Ontario vote, Justice Ed Morgan ruled the Charter rights of Working Families, a coalition of unions, were “infringed” by curbs […]

Apr 1 2021 — Heather Scoffield — Peterborough Examiner — A year ago now, Prime Minister Justin Trudeau was calling MPs back from isolation to quickly pass what was mind-boggling at the time: a $71-billion package to subsidize companies to keep employees on their payroll — even if they couldn’t go to work. We were plunging headlong into the deepest recession of our time, and […]

Jan 23 2021 — Heather Scoffield — Peterborough Examiner — At the time, they were dark days indeed. When Donald Trump took his place in the White House four years ago, the Canadian economy was suddenly besieged. The early days of his tenure set the tone. There was the ban on travel from Muslim countries, immigration havoc, the move to “tear up” NAFTA, the blunt […] 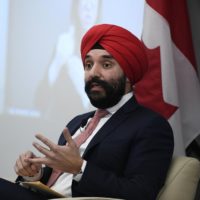 Jan 12 2021 — Alex Ballingall — Peterborough Examiner — The 905 is a key political battleground. And just as questions about a coming federal election grow louder in Ottawa, Prime Minister Justin Trudeau has said goodbye to a top political lieutenant with strong roots and a solid track record in the crucial suburban region around Canada’s biggest city.

Navdeep Bains was driving a plan to rebuild Canada’s post-COVID-19 economy. What now?

Jan 12 2021 — Heather Scoffield — Peterborough Examiner — Until Tuesday, Navdeep Bains was a man on a mission. After five years as innovation minister, and slowly but surely refocusing industrial policy on actively pushing economic growth, Bains now leaves the levers of a pandemic recovery in the hands of his replacement, François-Philippe Champagne. The timing of his departure is challenging. In the next […]

What will the Conservatives do about greenhouse gases? Does yelling count?

Dec 15 2020 — Heather Scoffield — Peterborough Examiner — You wouldn’t know it from the way they’re yelling at each other over Justin Trudeau’s new climate plan right now, but here are two things about climate change that the federal Liberals and Conservatives can actually agree on: Canada needs to move to a low-carbon economy — and the “invisible hand” of the free market […] 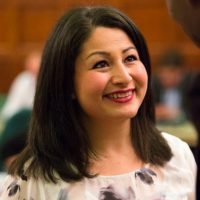 Oct 20 2016 — Peterborough Examiner — Peterborough-Kawartha MP Maryam Monsef spoke against an NDP bid to try to force political parties to run more women this week, but she says she and her government are working on other ways to “engage” women in politics. NDP MP Kennedy Stewart was proposing a private member’s bill that would penalize political parties financially if […] 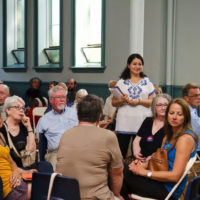 Sep 7 2016 — Peterborough Examiner — Democratic Institutions Minister Maryam Monsef’s hometown town hall on electoral reform Tuesday drew her biggest crowd yet during her cross-country tour. Monsef, the MP for Peterborough-Kawartha, is travelling from coast-to-coast, asking Canadians about their view on democratic reform. She stopped in Peterborough Tuesday to host afternoon and evening meetings at the Mount Community Centre on […] 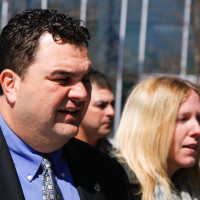 Apr 9 2016 — Peterborough Examiner — Former Peterborough MP Dean Del Mastro wrote a blog post just before he was jailed earlier this week in which he vows to return to Peterborough soon and continue to “make our community stronger”. Del Mastro was taken by police from a courtroom in Oshawa to jail on Tuesday after he lost his appeal. He’s […] 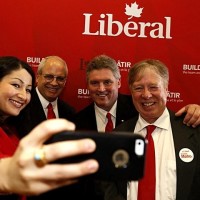 May 3 2015 — Peterborough Examiner — Now it’s onward and upward for Maryam Monsef. The 30-year-old, who came a close second in the municipal race for Peterborough mayor last fall, was chosen as the candidate to represent the Peterborough-Kawartha riding federal Liberal party in the next federal election at the nomination meeting at the Evinrude Centre on Saturday. She beat out […] 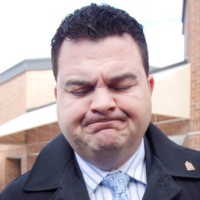 Del Mastro back in court Tuesday

Apr 27 2015 — Peterborough Examiner — Dean Del Mastro is back in court Tuesday. Elections Canada began investigating former Peterborough’s former MP in 2012, alleging he overspent on his 2008 election campaign, then lied to cover it up. His trial was spread out over several months in 2014. Here’s how events unfolded. June 6, 2012: Peterborough Conservative MP Dean Del Mastro […] 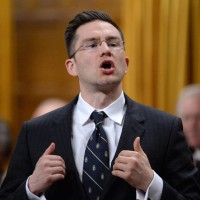 Apr 25 2015 — Peterborough Examiner — The federal employment minister, in Peterborough for a pre-election visit on Saturday, said he doesn’t think there will be a byelection here to fill the vacant MP’s seat in this riding. Pierre Poilievre is the MP for Ottawa-Nepean and the Minister of Employment and Social Development. He said he thinks we won’t have a byelection […]