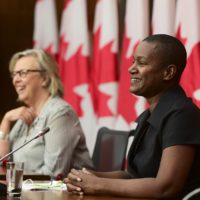 Apr 7 2021 — Alex Ballingall — St. Catharines Standard — Green Leader Annamie Paul is facing obstacles inside her party that threaten her success as Canada’s first Black political leader, according to several Green insiders and a top member of her political circle. Over her first six months as leader, Paul has endured “significant resistance” from high-ranking officials on the Green party’s most powerful governing […] Think Erin O’Toole can’t win the next election? That’s what they said about Justin Trudeau, too

Mar 19 2021 — Susan Delacourt — St. Catharines Standard — At some point in this weekend’s big, virtual convention, Conservative Leader Erin O’Toole may dream aloud about winning a majority in the next election. Many will laugh — especially Justin Trudeau’s Liberals, who have been enjoying all the recent reports of unrest and low spirits in the Conservative party. While it is true that events […] 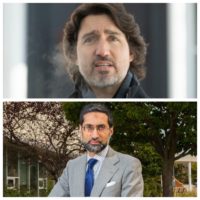 Sep 24 2020 — St. Catharines Standard — Canada is desperately in need of a little optimism right now and Justin Trudeau, the self-branded “sunny ways” guy, should be just the prime minister for troubled times. But politics is always a dance between hope and fear — doubly so in a pandemic. So Canadians were treated to two speeches from Trudeau and his […] 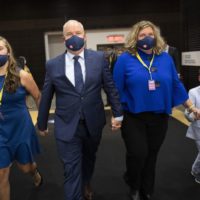 Erin O’Toole thought he’d be taking on Justin Trudeau in Parliament this week. Instead, he’s stuck in his basement listening to Grimes

Sep 22 2020 — Alex Boutilier — St. Catharines Standard — Conservative Leader Erin O’Toole says his COVID-19 diagnosis is a reminder of the need for “vigilance” as regions across Canada enter the pandemic’s second wave. Speaking to the Star on Tuesday from self-isolation in his Ottawa home, O’Toole said he recognizes that politics needs to be done differently during the global health crisis — even […] 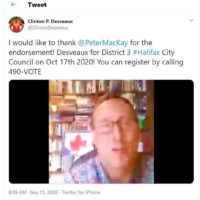 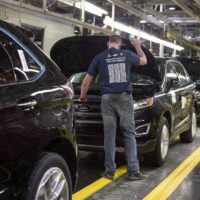 Sep 21 2020 — Heather Scoffield — St. Catharines Standard — The federal government has indicated that it’s willing to put up to half a billion dollars into financing electric vehicle production in Oakville, with some money coming from the provincial government — an offer that could allow the Ford plant to stay open for years to come, the Star has learned. No fall election? That should make Erin O’Toole happy and Chrystia Freeland nervous

Sep 20 2020 — Chantal Hébert — St. Catharines Standard — The presentation next week of the second speech from the throne in less than a year will formally reset the clock on Justin Trudeau’s second term government. But for how long? Minority government typically survive the confidence vote associated with a throne speech and there are many reasons to believe it will again be the […] In a gradual shift to the centre, an opening for O’Toole

Sep 20 2020 — Jaime Watt — St. Catharines Standard — Since Erin O’Toole won the leadership of the Conservative Party and became the Leader of the Official Opposition, the Air Force veteran and former cabinet minister has been busy waiting in line. On Wednesday, after an hours-long delay, he and his family were turned away from an Ottawa-area testing centre. O’Toole continues to self-isolate after […] 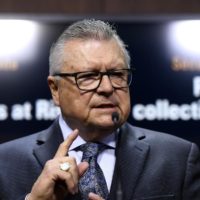 Chrystia Freeland is talking to former finance ministers about the economic crisis. Here’s their advice

Sep 18 2020 — St. Catharines Standard — It’s fun to spend money while in office. That’s what former Liberal finance minister John Manley says, but in the same breath he sends a warning about the path ahead for Ottawa and the looming economic recovery process. “It’s way more fun to announce a program than it is to announce that you’re shutting something […] 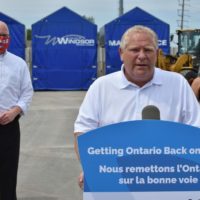 Sep 16 2020 — Robert Benzie — St. Catharines Standard — Premier Doug Ford’s Progressive Conservatives are set to officially nominate the party’s 72 sitting MPPs to run as candidates in the next election, the Star has learned. In a move that fuels speculation about a snap election call in the spring — more than one year before the scheduled 2022 vote — the Tories want […] 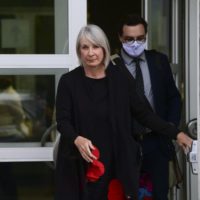 Sep 16 2020 — Tonda MacCharles — St. Catharines Standard — Health Canada has started an internal review of how the government responded to the COVID-19 pandemic, says Health Minister Patty Hajdu. But Hajdu deflected questions about whether an independent review is warranted as a previous Liberal government did during the 2003 SARS crisis, telling reporters “We’re just at the beginning of this pandemic.” “We have […]

Do Canadians really want Justin Trudeau to tackle climate change in the middle of a pandemic?

Sep 15 2020 — Heather Scoffield — St. Catharines Standard — Gerry Butts made a rare foray into the public realm on Monday and he had a little surprise for the chattering class that has come to see him as an environmental hard-liner pulling strings for a green recovery. Butts, of course, was the principal secretary to Justin Trudeau and a long-time close collaborator of the […] 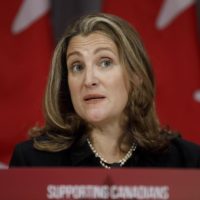 As Canada’s budget deficit soars, where are the tightwads in Justin Trudeau’s cabinet?

Sep 13 2020 — Tonda MacCharles — St. Catharines Standard — As Justin Trudeau drafts a new governing agenda to revive the Canadian economy from its pandemic-induced coma, one thing is absent from the debate around his Liberal cabinet table: the voice of a fiscal hawk. As the Trudeau government nears the second year of its second mandate, “there are a few voices of fiscal discipline,” […]

What might the Liberal and Conservative recovery plans have in common?

Sep 12 2020 — Heather Scoffield — St. Catharines Standard — It’s “build back better” versus “Canada first.” The Liberals and the Conservatives have almost nailed down their respective recovery slogans and, after a few days of trying out various related phrases, the leaders of both parties seem to have settled on their rhetoric. Erin O’Toole even adds Latin to his: Per ardua ad strata. “Through […]