Conservative leadership is no longer the prize it once was

Jan 25 2020 — Susan Delacourt — Toronto Star — Who would have thought that Harry and Meghan would prove to be inspirational to the Conservative leadership race in Canada? On the very heels of the royal couple’s exit, three prominent Conservatives have also chosen the path less public, standing down from a chance to lead the party, with all the fame, duty and title […] 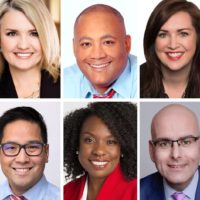 Jan 24 2020 — Robert Benzie — Toronto Star — More than half the Ontario Liberal members running for delegate positions so they can vote for the party’s next leader are committed to front-runner Steven Del Duca. Del Duca, a former cabinet minister, has 2,684 supporters running to be his delegates at the Liberal leadership convention in Mississauga on March 7. 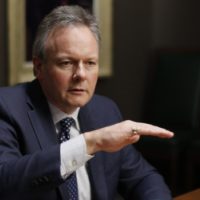 Canada’s top banker on climate change, consumer confidence and what comes next

Jan 24 2020 — Heather Scoffield — Toronto Star — Stephen Poloz sat down with the Toronto Star this week to discuss his seven-year term as the governor of the Bank of Canada which comes to a close this June. Here’s are excerpts from the interview:

Jan 22 2020 — Susan Delacourt — Toronto Star — Canada’s top public servant has some words of advice to the rookie politicians first elected last fall, which they could print out and frame in their sparkling new Parliament Hill offices. “You are more than a mechanism to make Ottawa work,” Privy Council Clerk Ian Shugart warned at an orientation session for new MPs on […]

In the Trump era, no trade deal can really protect Canada

Jan 22 2020 — Heather Scoffield — Toronto Star — As Donald Trump brags to the world’s billionaires at Davos about his two newest trade deals — the revamped NAFTA and a new agreement with China — how should Canadians feel about these developments? Relief, no doubt. But a bit of trepidation, too. First, the relief. Since Trump came to power three years ago, vowing […] 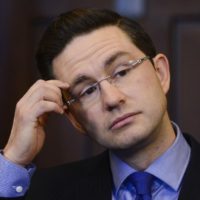 Jan 22 2020 — Alex Boutilier — Toronto Star — Pierre Poilievre says that under his leadership, Conservative MPs would be free to bring forward legislation on abortion and vote according to their conscience. But the Ottawa-area MP, who has yet to officially announce his bid to lead the party, told the Star that no such legislation would be adopted under a Conservative government led […]

Calm down Trudeau haters, Tim Hortons is not a national treasure

Jan 21 2020 — Emma Teitel — Toronto Star — Social media can be a drag but there’s no denying that it’s made a lot of remarkable things possible: it’s launched political revolutions, given a voice to the voiceless, and as we saw this week, enabled yet another incident of misplaced outrage, this one involving a Prime Minister and several boxes of doughnuts. Call it […] 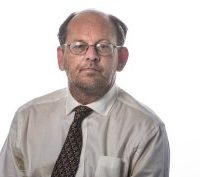 Jan 20 2020 — David Olive — Toronto Star — It’s likely that sometime this year, control of the $13-billion Trans Mountain pipeline, one of the biggest megaprojects in Canadian history, will be transferred to First Nations investors. That transaction would be a historic turning point in relations between the First Nations and non-Indigenous peoples of Canada. 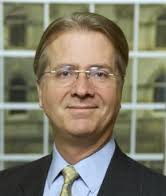 Jan 19 2020 — Toronto Star — It is always surprising there is such a wide gap between what journalist outsiders think goes into becoming a successful leader and what the partisans who must choose look for. You must be able to win over these activists, local leadership and, crucially, caucus members to move from convention fluke victor to long-term success. The […] Jan 19 2020 — Jaime Watt — Toronto Star — For the last 66 years, Queen Elizabeth has skilfully walked the tight rope between being a bulwark of tradition, keeping things more or less as they have always been and skilfully adjusting as England and the world spun forward around her. Nothing was ever new; just enhanced. As the Queen has adopted new technologies — […]

Laying blame can be a dangerous game

Jan 19 2020 — Penny Collenette — Toronto Star — While most of the country continues to grieve with the families who have lost their loved ones in the hideous attack on Ukraine International Airlines flight 752, others will be focusing on foreign policy concerns when the House of Commons resumes sitting on Jan, 27. Simultaneously, the Conservative leadership race will be swinging into high […] 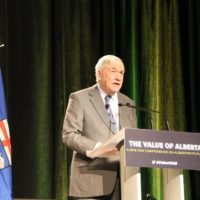 Jan 19 2020 — Toronto Star — Mike Heier says he’s been a “soft” separatist for 25 years. And in his mind, he’s been betrayed by Alberta Premier Jason Kenney. “That’s all he did when he took separation off the table,” the 60-year-old business director said Saturday. “The moral fabric required to keep this country together is gone.” Heier was one of […]

Jan 17 2020 — Susan Delacourt — Toronto Star — Parliament has been sitting dark while Canada has been reeling from the air-crash tragedy in Iran. Has anyone missed it? In the initial days after Ukraine International Airlines Flight 752 was shot out of the sky by an Iranian missile on Jan. 8, killing more than 80 Canadian citizens and permanent residents, some argued that […] 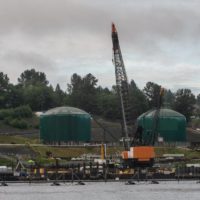 Political consequences: Here’s what the Trans Mountain pipeline fight has meant for Trudeau, Kenney and Horgan

Jan 17 2020 — Toronto Star — On the surface of things, Canada’s top court declared clear winners Thursday in a battle over one of the country’s most controversial energy projects. Those victors appeared to be the federal government and, consequently, the Alberta government, as the Supreme Court of Canada ruled that B.C. does not have the jurisdiction to restrict the flow […] 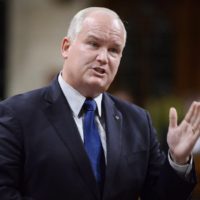 Jan 16 2020 — Toronto Star — Erin O’Toole will style himself as the only candidate for Conservative leader who can appeal to all of the party’s disparate factions, a source close to his campaign told the Star. O’Toole is expected to officially announce his leadership bid in the coming weeks. But the three-time Durham MP and former cabinet minister has already […]