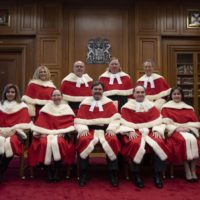 Dec 27 2019 — Tonda MacCharles — Toronto Star — This is what brawls look like on the top court bench. Judges don’t throw off their robes and come to blows. What they do — judicial jousting — is more subtle. Split rulings. Lengthy dissenting opinions. Constitutional decisions that see judges split not only into two groups, but sometimes going three or four different ways. […] 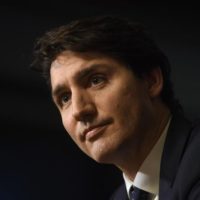 Trudeau gets personal. Here are 10 things he reveals about himself

Dec 23 2019 — Susan Delacourt — Toronto Star — Justin Trudeau did not do any year-end interviews with Canadian newspapers as 2019 was drawing to a close, opting instead to concentrate mostly on TV and radio. One of those radio interviews, though, was a little different from the rest — far more personal than it was political. Is Trudeau finally finished with selfies?

Dec 22 2019 — Susan Delacourt — Toronto Star — Selfies: friend or foe of democracy? Though Prime Minister Justin Trudeau likely has much in common with the candidates vying to lead the U.S. Democratic Party, a divergence of thought emerged this week on the subject of selfies: those ubiquitous self-taken photos that clutter social-media feeds. 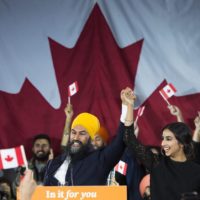 Dec 20 2019 — Alex Ballingall — Toronto Star — Even Jagmeet Singh, a politician who carries himself as the embodiment of positivity, admits things were bleak for his New Democratic Party — very bleak, indeed. At the outset of the 43rd federal election, Canada’s national social democratic party faced the prospect of annihilation. One source describes meetings in late summer where officials discussed how […]

Dec 20 2019 — Jennifer Wells — Toronto Star — On the saddest of sad days for General Motors Oshawa, Unifor president Jerry Dias posted an effortless video to Twitter. “The final vehicle that rolls off the assembly line in Oshawa will be a horrible black eye for all levels of government and frankly for General Motors,” said Dias. Frankly, I have a question: why […]

Dec 20 2019 — Chantal Hébert — Toronto Star — Jean Charest is well on the way to succumbing to his last big political temptation: a run for the federal Conservative leadership and, in his best-case scenario, a solid shot at the job of prime minister. As anyone who has talked to the former Quebec premier over the past week can testify, he has moved […]

Winners and losers of 2019: Who do you think had a worse year than Andrew Scheer?

Dec 18 2019 — Chantal Hébert — Toronto Star — Quebec Premier François Legault had a great political year; Maxime Bernier not so much. Here is a look at some not-always-expected 2019 winners and losers. • Going forward, it will be hard for Legault to have a better year. Fifteen months after the Coalition Avenir Québec’s election victory, its government is riding high in the […]

Dec 18 2019 — Chantal Hébert — Toronto Star — Is Justin Trudeau’s signature promise of a national pharmacare program headed for the same policy graveyard as the prime minister’s 2015 electoral reform commitment? It’s early days but the stars are not aligning for the advent anytime soon of a new national social program designed to offer all Canadians universal prescription drugs coverage. Notwithstanding the […]

What campaign promises? Liberals put focus on a tax cut and debt control

Dec 16 2019 — Heather Scoffield — Toronto Star — Remember all those generous election promises the Liberals sprinkled around for voters of every kind just a couple of months ago? Best forget all that now. Monday’s fiscal update shows in black and white that the federal government can’t deliver on everything it promised, and will have to delay, water down or just not deliver […] 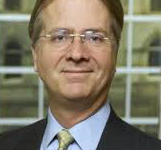 How the U.K. can unite, but probably won’t

Dec 16 2019 — Robin V. Sears — Toronto Star — It is hard to describe the depths of the poison that the tedious Brexit battle has injected into British life. It has deeply divided families, partners, towns, companies and regions of the country in a manner reminiscent of our own flirtation with national ruin. Fortunately, in our case there were several statesmen and women who […]

Dec 15 2019 — Penny Collenette — Toronto Star — The last few days have reminded us that politics can be a blood sport. Two leaders of the opposition, Conservative leader Andrew Scheer and Jeremy Corbyn, U.K. Labour Party leader, were unceremoniously left by the political wayside in different ways. Scheer was taken down by his own party, weeks after an election defeat, while Corbyn […] A look at the year that was and predictions for 2020

Dec 15 2019 — Toronto Star — Most underrated politician of 2019: Only one federal party leader managed to unambiguously improve their party’s lot in the last election: Yves-Francois Blanchet revived the Bloc Québécois with a sharply executed pivot from sovereignty to nationalism. The fifth Bloc leader since 2015, he turned in a tight, eloquent performance in the French-language debates, and then […] 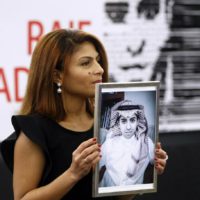 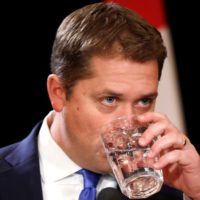 Scheer facing an internal audit over use of Conservative Party funds

Dec 13 2019 — Alex Boutilier — Toronto Star — Outgoing Conservative Leader Andrew Scheer is facing an internal audit over the use of party funds to cover his children’s private school tuition. Two sources told the Star Friday night that the Conservative Fund board, which manages the party’s finances and counts former prime minister Stephen Harper as a member, has ordered a forensic audit […]

How will Ottawa pay for the demands coming from provinces and opposition parties?

Dec 13 2019 — Heather Scoffield — Toronto Star — Justin Trudeau’s mandate letters to his cabinet ministers have made at least one key thing clearer in terms of budgeting: the debt burden must continue to fall. While that’s the same guideline the Liberals have stuck to for the past few years, Trudeau and Finance Minister Bill Morneau have studiously avoided recommitting to it since […]