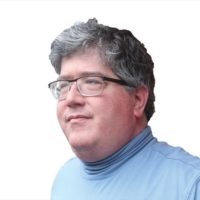 How did Scheer miss ‘breakaway on an open net’?

Nov 3 2019 — James Bow — Waterloo Chronicle — Last week in Washington, former Progressive Conservative leader Peter MacKay said what I was thinking, with a far better analogy, when asked about the Conservatives’ performance in the recent federal election. I spent much of this year furious at Trudeau’s Liberals. The fact that Trudeau allowed even a whiff of the old sense of Liberal […]