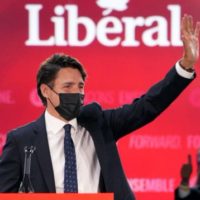 Sep 21 2021 — Global News — Liberal Leader Justin Trudeau failed to win his majority government in the snap election he called — and experts say he will need to answer for that disappointing result in the days and weeks to come. The election is projected to have cost taxpayers roughly $600 million. By Tuesday morning, the Liberals’ seat share was […] 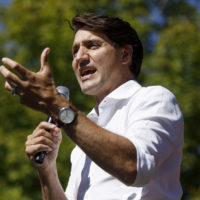 Sep 21 2021 — Andy Blatchford — Politico — Justin Trudeau’s election win will earn him a congratulatory call from a figure largely forgotten during Canada’s election campaign: President Joe Biden. But staying on Biden’s radar will be key for Trudeau, as he resettles into the Prime Minister’s Office. 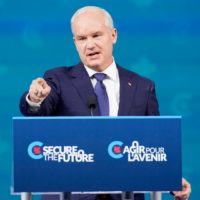 Sep 21 2021 — Sarah Turnbull — CTV News — The Conservative Party has come up short, failing to dethrone the now three-term Liberal Party. Leader Erin O’Toole conceded defeat in the early hours of Tuesday morning, after the Liberals secured a minority government win. “Ours is a conservativism that dwells not in the past but learns from it to secure the future,” he said, […] 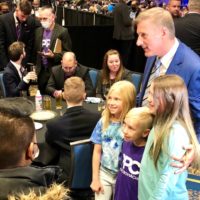 Sep 21 2021 — CTV News — Along with a handful of people, Jeremy Bergen took in the scene at a park across the street from the Saskatoon Inn. There was a stage set up, lit by purple lights, that no one would ever step foot on. “I have always been demonized by the media for my beliefs. I believe in aliens. […] 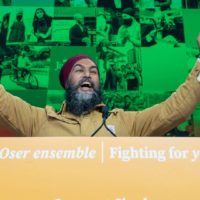 NDP may hold the balance of power in Parliament

Sep 21 2021 — CTV News — Jagmeet Singh and the New Democrats may hold the balance of power in the next Liberal minority government by playing a key role in helping pass confidence matters and key legislation. Singh, who won in his B.C. riding of Burnaby South, was steadfast throughout the campaign that he was running to form government, but the […] 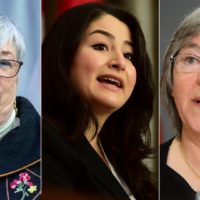 Liberals return to Alberta, and 5 other surprises in the election results

Sep 21 2021 — CTV News — It might not be surprising that an election that seemed to attract little public enthusiasm resulted in a Parliament that looks a lot like the previous one. As results rolled in Monday night, it became clear that the Liberals would continue to have the most seats in the House of Commons, that they would not […] 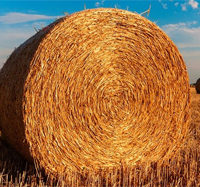 Sep 21 2021 — Alex Binkley — National Newswatch — CFA has received enough donation to get the program running.   Ottawa—Hay West is up and running, says the Canadian Federation of Agriculture, which is collecting names of people looking to supply or buy hay under the program. President Mary Robinson said the CFA has received enough contributions from different parties to begin moving substantial […] 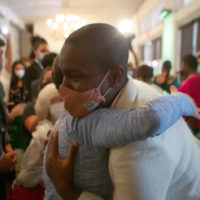 Sep 21 2021 — CBC — Green Party Leader Annamie Paul has lost her bid to win Toronto Centre, and while her party’s national support has been greatly reduced compared to its 2019 results, it is still sending at least two MPs to Ottawa. Trailing in fourth place, Paul congratulated Liberal incumbent Marci Ien on her re-election, which was called by […] 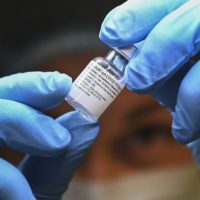 Sep 20 2021 — The Canadian Press — Pfizer Canada says it plans to provide Health Canada with data showing its COVID-19 vaccine works for children in a bid to seek authorization “as early as possible.” Pfizer said Monday its research shows its product works for children aged five to 11 and that it will also seek U.S. authorization for this age group […] 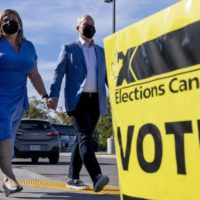 Sep 20 2021 — Alex Boutilier — Toronto Star — The Erin O’Toole campaign would consider it a win if they can hold the Liberals to a minority government in today’s federal election. Whether the Conservative caucus, party activists — and potential leadership hopefuls — will agree with that is an open question. In the final hours of Canada’s 44th federal election, O’Toole’s campaign chair […] 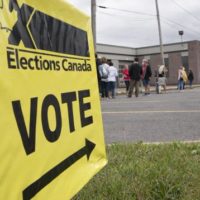 Will Trudeau’s election gamble pay off? Voting set to wrap up within hours

Sep 20 2021 — Global News — Liberal Leader Justin Trudeau rolled the dice with his decision to call an election in the middle of the fourth wave of COVID-19 — and now, Canadian voters will decide whether his gamble pays off. As the clock ticks down to the final voting hours in this pandemic election — the most expensive in Canadian […] 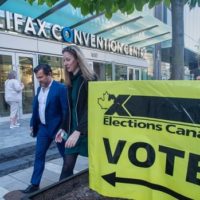 Sep 20 2021 — John Paul Tasker — CBC — Polls have closed nationwide and results from hundreds of federal ridings are starting to pour in from Elections Canada as the unprecedented 44th general election comes to an end. With about 800,000 ballots counted so far, the Liberals have 42 per cent of the ballots cast, the Conservatives have about 33 per cent and the […] 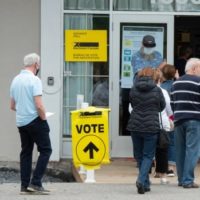 Sep 20 2021 — Ryan Maloney — CBC — Elections Canada has apologized for “technical problems” with an application on its website that tells Canadians where to vote in Monday’s federal election. The site’s voter information service page usually lets Canadians find their polling station by entering their postal code and address. Voters can also search based on electoral district names. But many took […] 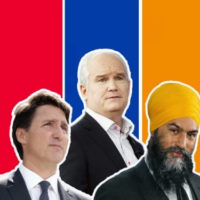 Elxn#44 will go down as the ‘backlash’ election against Trudeau Liberals, say politicos

Sep 20 2021 — Abbas Rana — Hill Times — The Sept. 20 federal election will be remembered as the “backlash” election, after Prime Minister Justin Trudeau took the country to the polls in the midst of the fourth wave of the COVID-19 pandemic but failed to convince Canadians that he needed to do so. Canadians negative reaction to this decision dogged the Liberals throughout […] 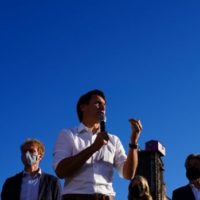 Sep 20 2021 — CBC — Trudeau called on voters to choose candidates who will end up in government, Blanchet fights back. As the race between Bloc and Liberal candidates tightens before Monday in Quebec, the party’s leaders headed to battlegrounds as well as strongholds on the last day of the campaign. Liberal Leader Justin Trudeau began his day in Montreal, […]