Ten questions about the CETA 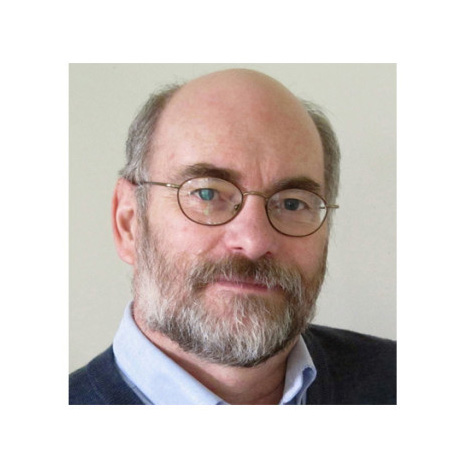 After weeks of rumours, it’s now official: the CETA talks have produced an “agreement-in-principle”.   This proposed treaty is about far more than simply trade.  It is a constitutional-style document that affects patent protection for drugs, foreign investor rights, local government purchasing, public interest regulation and many other matters that are normally decided by elected legislatures after public debate.  Here are ten areas of concern to help Canadians gain a better understanding of what is at stake.

In trade talks, it is a truism that “nothing is agreed until everything is agreed.”  So celebrating an “agreement-in-principle” is unusual, to say the least.  It is hard not to conclude that the timing of this announcement and the Prime Minister’s trip to Brussels on the first day of a new parliamentary session were political maneuvers by a government mired in scandal and eager to change the channel.  As for any loose ends still to be hammered out, European negotiators certainly will have Canada over a barrel.

Because it is an agreement-in-principle, the precise terms of the deal are still under wraps.  The consolidated legal text has not been finalized and probably won’t be released for months. This hiatus gives the federal government and its corporate allies free rein to spin the alleged economic benefits of the CETA while avoiding independent review of the deal’s specifics.

2. When will the full text of the CETA be released?

When it comes to trade treaties, the devil is in the details.  It is an affront to democracy for a binding international treaty – negotiated in secret, with its exact terms still concealed from the public – to be agreed to without any opportunity for debate, reflection or independent analysis.  There needs to be informed public debate, based on full disclosure of the treaty text.  This should happen before Canadian governments, at all levels, make a final decision.

3. Why are the thoroughly discredited projections of economic gains from the CETA being treated as facts?

The numbers being used by the federal government to sell this agreement to Canadians are, to put it charitably, pure conjecture. The often-repeated claim of a $12 billion dollar boost to the Canadian economy is based on a 2008 study, which makes a number of highly unrealistic assumptions.  Eliminating tariffs only accounted for a fraction of the projected benefits. As economist Jim Stanford explains: “The modelers had to go further, with more farfetched assumptions, to boost their prediction. They assume that invisible, unspecified non-tariff barriers will be fully eliminated by the CETA. They assume Canadian service providers will do as much business in Europe as European firms currently do. Finally, they assume Canadians will save a strong share of new income, all of which is invested in new capital here … [which] alone accounts for over half the predicted $12 billion.”

While the federal government has been repeating these dubious projections as facts, it has also spun off its own derivative factoids that are totally unsupported by the study. The figure of 80,000 Canadian jobs that the CETA is supposed to create was derived by manipulating the results of a computer model that assumed full employment – hardly a realistic scenario.

4. How much more will Canadians pay for medicines as a result of the CETA?

Canadian spending per capita on medicines is already the second highest in the world.  Despite this, Canada has caved in to EU demands to create a new system of patent term extension that will add up to two years of monopoly protection to brand-name drugs.  The government has also agreed to create new rights of appeal that could block the introduction of cheaper generic medicines for another year or more. According to the federal government’s own estimates, each extra year of market exclusivity could cost Canadians up to $734 million annually.

These changes to Canada’s patent protection system will likely increase drug costs by well over a billion dollars annually.  Some provinces are demanding federal compensation.  But, even if the federal government agrees to and honours such a commitment, it simply means that Canadian taxpayers would be paying at the federal rather than the provincial level in order to boost the profits of the brand-name pharmaceutical industry.

5. Can we believe Big Pharma’s promises of increased R&D investment in Canada?

The brand-name drug industry asserts that Canada needs stronger patent protections to attract its share of global R&D.  Such claims are not new. When patents were extended to comply with the NAFTA and WTO, the brand-name manufacturers pledged to invest 10% of their sales revenues in R&D.  Data from the Patent Medicines Prices Review Board shows that since 1997, the industry has consistently failed to meet this commitment.  Why should Canadians believe it will be any different this time?

6. What are the rules of origin for Canadian exporters?

European tariffs on Canadian exports are generally quite low, averaging 2.2 percent.  Canadian tariffs are higher, at 3.5 percent.  During the first eight months of 2013, Canada’s trade deficit with the EU was nearly $14 billion.  Economist Erin Weir notes that if tariff elimination under the CETA increases trade proportionally, this deficit can only be expected to worsen.

It is also unclear whether many Canadian exporters can even meet the EU’s rules of origin, which determine whether a product has sufficient Canadian content to qualify for duty-free access to the EU market.  Outside of the resource sector, most Canadian products, especially manufactured goods, contain a high degree of North American or offshore content.  Sticking to the generic EU rules of origin, which typically require 60% domestic content, would mean that the CETA would be of little commercial benefit to most Canadian exporters.  To assess the real impacts of tariff removal will require a detailed study of the rules of origin, and especially the exceptions from them allowed by the Europeans. This will only be possible once the full text is released, and until then projections of gains from tariff elimination must be taken with a large grain of salt.

7.  Why does CETA include an investor-state dispute settlement mechanism?

Investor rights agreements such as the NAFTA Chapter 11 allow foreign investors to bypass domestic court systems and instead use investor-state dispute tribunals.  These tribunals, which lack accountability, can order governments to compensate investors allegedly harmed by public policies or regulations. Under the NAFTA, there have been over 30 investor-state claims against Canada targeting public policy measures – from bans on fracking to court rulings on drug patents – at all levels of government.  Canada has already paid out over $160 million to investors, and that amount is rising.

Both the European Parliament and an official Sustainability Impact Assessment have questioned the need to include investor-state dispute settlement in the CETA.  Canada and Europe have highly regarded court systems that protect the rights of all investors regardless of nationality.  There is no justification for including investor-state arbitration in the CETA, but unfortunately it will now be used by foreign corporations to attack public interest regulations on both sides of the Atlantic.

8. Have provinces forever surrendered the ability to use government purchasing to support local economic development?

One of the EU’s top priorities was to gain unconditional access for European companies to provincial and municipal government procurement, which was not covered under Canada’s earlier trade agreements.  The EU demands appear to have been largely met. Many countries around the world, including the U.S., use procurement as an economic development tool. In Canada, purchasing by provincial crown corporations such as Hydro Quebec has been a positive force for regional economic development.  Furthermore, local governments deliver many essential public services including waste, water, electricity and public transit. Unless safeguards are ironclad, the CETA could lock in privatization.  It is one thing for our current federal and provincial governments to disagree with such policies. But it is quite another to make them illegal for all future governments who might wish to give priority to local food, locally controlled renewable energy, or locally provided public services.

9. Are Canadian dairy farmers and cheesemakers being thrown under the bus?

The CETA will double the quota of European cheese entering Canada, seriously eroding the supply-managed system which all federal political parties have pledged to preserve.  This system matches supply to domestic demand while ensuring fair prices for consumers and a reasonable return for primary producers.  It depends on strictly limiting imports and dairy farmers rightly see this concession to the EU as a broken trust and the beginning of the end of supply management.

The CETA is just the first in a number of blockbuster trade agreements being pursued by the Conservative government.  Next up is the Trans-Pacific Partnership, a U.S.-dominated initiative of 12 Pacific Rim countries. The CETA will now become the floor for further Canadian concessions on patent protection for drugs, supply management, investor-state rights, regulatory authority and other matters only loosely related to trade.

Such negotiations, like the CETA, are primarily about enhancing the power of multinational corporations and limiting the public policy options of democratically elected governments.  There are many reasons to question whether this agenda benefits the majority of Canadians.

Scott Sinclair is a senior research fellow with the Canadian Centre for Policy Alternatives, where he directs the centre’s Trade and Investment Research Project. He has written widely on the impacts of trade treaties on public services and public interest regulation.  Prior to joining CCPA, Scott was a senior trade policy advisor with the Government of British Columbia.