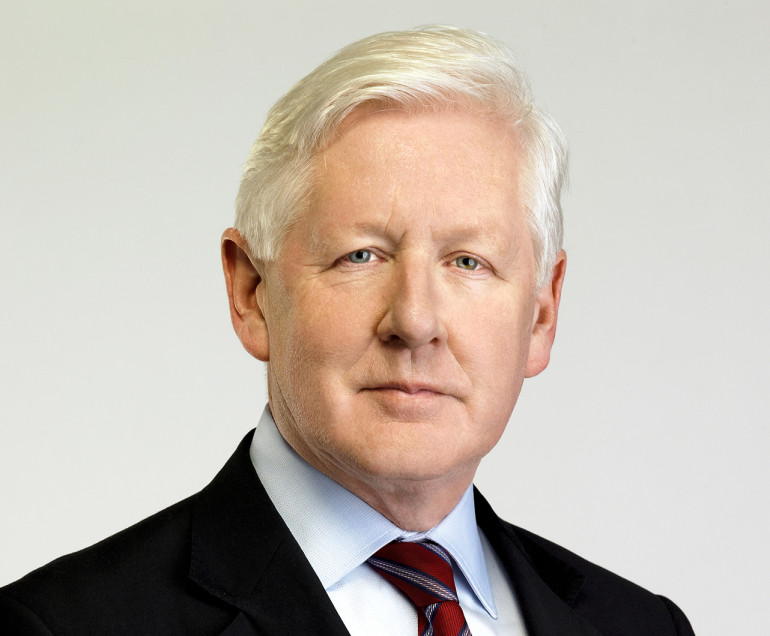 I am proud to be supporting Chrystia Freeland in this election. Let me tell you why.

I had been following her career and writing for a long time, but had not actually met her. When we went for coffee I met a vivacious, engaging, friendly, charming woman. Smart as anything, she laughed a lot and looked me straight in the eye. She asked about my family, my kids, and my own plans. She was interested, and interesting. She’s funny.

She grew up in Alberta, and won a scholarship (as I did) and that took her to Oxford.
She became a financial journalist and wrote about global issues in Toronto, London, and New York.

Toronto Centre is not a small place, and at its best it’s not a jealous place. When I first ran here the NDP called me “Rosedale Bobby”. That made me laugh because my home on Macpherson Avenue is actually not in Rosedale. Ironically the NDP candidate lives down the street. I doubt the NDP is running her as “Rosedale Linda”.

When you meet Chrystia, you’ll find her as engaging and forthright as I did. She’s the best candidate with the best ideas.

Let me add a couple of things about why I’m so proud I’m a Liberal.

The book Chrystia wrote recently, called “Plutocrats” is about how the gap us growing between most people and the super rich, and how the collapse of effective regulation led to the financial crisis that has affected us all.

One country was able to better weather that storm, and not because of Stephen Harper and Jim Flaherty. It’s because of Jean Chretien and Paul Martin. It’s because Liberals refused to cave in to the same excess of de-regulation that captured Wall Street, Washington and London. They made banking rules tougher.

I’ve seen first hand what happens when the public interest is thrown out the window – and it hurts people, all people, in every part of society.

I joined the Liberals because I wanted a party to lead Canada again that understood the need to base our politics on facts, on what can be done, and not on old ideologies and personal attacks.
We shouldn’t resent success, or pull people down because they’ve committed the sin of living in London or New York.

The NDP has run a textbook negative campaign, and this time has elements that make it even worse. It starts with the poster at the bus stops -“Linda McQuaig – from Toronto, for Toronto”. Sounds innocent enough, but the edge and message are clear, Chrystia Freeland is an outsider, and Linda McQuaig is an insider, “one of us”.

Toronto Centre has dozens of people who move here from outside Toronto, or from outside the country, every day, thousands a year. Are they somehow not eligible to vote or run for office ? Since when did the fact that someone has travelled widely as a Canadian journalist become a barrier to joining the political process ? Why would the New Democratic Party, which has always prided itself on having tolerant views on human rights and mobility, now turn itself into a party that basically says “outsiders stay away”.

Now there’s an NDP leaflet saying the riding has had lousy representation, is taking Toronto Centre for granted, and hasn’t done “anything” about the Senate.

So attacking Chrystia Freeland isn’t enough. They add Bill Graham and me into the mix. I think most people who’ve been in the riding know that Bill Graham was a terrific MP, and then became a Cabinet Minister. Is that somehow a bad thing ? Like Bill, I became interim Leader of the Party. Was that somehow wrong ? Was it bad when I was selected as Parliamentarian of the Year by my colleagues in Ottawa ? The constituency office on Parliament Street has provided great service to thousands of people, and I’m proud of the wonderful work we’ve been able to do these past six years. Chrystia Freeland will do that work with dedication and enthusiasm.

Running people down is a bad habit, but after a while just starts sounding shrill, silly, and mean.

As for the Senate, the Supreme Court is now, during the by-election, considering what can and can’t be done by Parliament about the Senate. Let’s wait and hear what they have to say. Wrongdoing should be punished, and will be. But a populism that pretends we can ignore the Constitution is unworthy of a serious political party.

I was a member of the NDP for many years, and was its Ontario leader for thirteen years. The campaign that’s being run in Toronto Centre has a negative, nasty ring to it. It’s been there from the beginning, and it’s not a good thing. I hope people aren’t swayed by it.

I’m proud to support Chrystia Freeland. She’ll be a terrific MP, in the riding and in the country. She has energy, brains, and a warm heart. Her kids are going to school in the riding, and she lives around the corner from Linda McQuaig and me. She’s not an outsider. She’s one of us. There are no second class citizens in Toronto Centre. There is no back of the bus in Toronto Centre. Chrystia Freeland deserves our support.