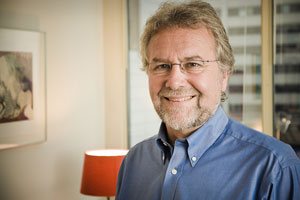 Each suspect, paraded publicly in handcuffs in a classic U.S. style “perp walk,” was charged with 47 counts of criminal negligence causing death.

Residents reacted with disbelief at the travesty of the bankrupt MMA, which was also charged and only faces fines if convicted.  Its senior executives, directors, and owners have escaped prosecution while the three employees face life behind bars.

For those hoping to achieve justice through the criminal courts, this is a cautionary tale.

The producers who loaded their explosive Bakken oil onto unsafe tank cars face no charges.

The shippers who wrongly classified it as low volatility when it was, in reality, a much higher volatility gasoline-like product, face no charges. Neither do the Canadian importers who were obligated to ensure that it was properly classified.

They could be prosecuted for improper classification under the Transportation of Dangerous Goods Act, but Transport Canada has revealed little about the status of its criminal investigation. Here too, the result is likely to be disappointing.

Civil actions underway—a wrongful death suit in U.S. court by the victims’ families, and the class-action suit on behalf of the town’s citizens—reach much further up the pyramid of accountability, with the latter involving more than 50 defendants.

Transport Canada is among the class action defendants, though the prospect of it being found responsible is remote.

These processes may bring partial resolution to the community, though they will take years and will likely result in settlements before any verdict is reached.

Further up the accountability pyramid, senior Canadian and U.S. transport officials, along with oil and rail industry executives, dragged their feet for years on replacing the old DOT-111 tank cars. They’d been warned multiple times from their own transportation safety boards that DOT-111 tank cars were prone to puncture and should not be used for transporting  hazardous  goods.

At the time of the accident, more than 80 per cent of the tank cars carrying crude  oil in North America—including all 72 cars on the Lac-Mégantic train—were this older defective model.

It took until just a few weeks ago for Transport Canada to order the elimination of all old DOT-111 tank cars used for the transport of crude oil… by May 2017.

Where does responsibility lie for the enormous regulatory lapse that allowed MMA to operate its oil trains with one-person crews, a factor that Transport Canada itself admitted, “contributed to the accident and magnified its consequences.”

A 2009 Transportation Safety Board report warned: “when only one crew member is left to complete train securement tasks at the end of a work shift, the risk for runaway equipment is increased, because there is no opportunity for other crew members to identify and correct any errors.”

A recent Radio Canada investigation by Enquête shed light on the behind-the-scenes maneuvering at Transport Canada. MMA applied to Transport Canada in 2009 for permission to operate with one-person crews as it was doing across the border in Maine. Officials at the Montreal office opposed this request because of the company’s history of safety violations and the potential danger to communities.

A year later, a Transport Canada audit of MMA revealed major deficiencies in its performance and procedures, including with train inspections and brake tests.

MMA returned with the same request in 2011, and again the Montreal office balked. MMA complained to the industry lobby, the Railway Association of Canada (RAC).  A senior RAC official promised to “make some calls.”

The Steelworkers union—in collective bargaining with MMA at the time—also strenuously opposed one-person crews. However, the government mediator told the union negotiator that this was not a bargaining issue since the decision was Transport Canada’s to make.

Over all these objections, MMA was granted its wish in May 2012.

At the apex of the accountability pyramid are the political leaders who put in place and maintain the regulatory regime. They set the tone, expectations and guidelines for the regulators. They choose the senior managers to administer the regime, and determine the regulatory bodies’ budgets.

On paper the regulatory regime—which gives the companies primary responsibility for establishing and implementing their own safety management systems within a framework of strong government rules, oversight and enforcement—may be sound.

However, if those rules are too vague.  Or if companies are regularly granted exemptions.  If the relationship between regulator and regulated is too cozy. Or if, as three Auditor General reports have found, Transport Canada is not able to provide the necessary oversight and enforcement—then it becomes effectively self-regulation.

Add to the mix a company like MMA, determined to take advantage of these regulatory gaps in its pursuit of profit, and a catastrophic accident is only a matter of when, not if.

Policy makers are also responsible for setting the budgets at a level sufficient to ensure public safety.

The Transportation of Dangerous Goods (TDG) division’s annual budget of $14 million has remained frozen since 2010. The rail safety directorate budget, currently $34 million, was cut in by 19 per cent between 2010 and 2014. The number of inspectors has remained the same for the last 10 years.

With only 35 TDG inspectors to handle the exponential growth in volume of oil by rail, the number of tank carloads of crude oil per TDG inspector has risen from 14 in 2009 to 4500 in 2013. With the volume expected to double by the end of this year, that number rises to 9000.

To illustrate how small these budgets are in comparison with the companies being regulated, their combined budgets are less than the 2012 compensation received by Hunter Harrison, the CEO of Canadian Pacific. His compensation package was over $49 million that year.

Finally, policy makers establish the regulatory culture.  The Conservative government’s approach to regulatory policy, directed from the Treasury Board, is embodied in its incessant use of the pejorative term “red tape”, which implies that regulations are burdens on business rather than a legal mechanism to protect the public interest. The so-called one-for-one policy mandates that every new regulation must be offset by the removal of an existing one.

Assessment of a proposed regulation’s impact is supposed to include a calculation of benefits along with costs—as well as its impact on health, safety as well as the impact on the environment, on vulnerable groups, etc. In practice, impact is determined almost entirely by anticipated costs, most of which are short-term costs to business.  Moreover, significant regulatory proposals generally do not move forward without the nod from the Prime Minister’s Office.

Such a regulatory culture emanating from the top infects attitudes, procedures and practices in all regulatory agencies.

The Transportation Safety Board investigation, due in a couple of months, will likely produce important revelations about the accident’s causes. But it is hard to imagine that it will target those at the upper levels of the accountability pyramid.

So while then-Transport Minister Lebel gets shuffled to another portfolio, and senior bureaucrats in charge of the file are moved or retired; while company executives and owners evade prosecution; while it’s largely business as usual in oil-by-rail transportation— three scapegoated workers at the bottom of the pyramid face the possibility of life in prison.

The people of Lac-Mégantic entrusted government to take reasonable measures to ensure their safety. Their trust was betrayed. They deserve to know the truth behind the corporate negligence and regulatory failure for which they paid such a heavy price.

Bruce Campbell is executive director of the Canadian Centre for Policy Alternatives.