Andrea Horwath and the Unintended Consequences of Strategic Voting 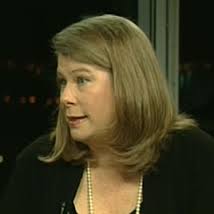 Purists in the Ontario NDP who expected their party to run in an ideological straightjacket, and then punished them for it with calls for strategic voting, should not now be surprised that their former party has stopped listening to them.

In a prescient Facebook post a few weeks ago, a long-time observer of the NDP, political scientist Chanchal Bhattacharya, distilled this insight in response to Rick Salutin’s grumbling column in the Toronto Star about Ontario NDP Leader Andrea Horwath’s new direction.

Earlier attempts to build an electoral base for the Ontario NDP based on the more traditional social democratic policies favoured by Salutin, Gerry Caplan, and more left-wing critics of the NDP led by Judy Rebick in yesterday’s “private” email to leader Andrea Horwath, failed abysmally under former leader Howard Hampton and his federal counterpart Alexa McDonough, not least because those same critics repeatedly abandoned the party at election time in favour of so-called “strategic voting” for the Liberals.

In the wake of the Rae government, and although Hampton and McDonough tried through several elections to build support for the traditional social democratic menu of policy options, the constituency for those policies in the general public grew smaller and smaller, leading Jack Layton and Andrea Horwath to turn to more prairie formulations.

Moreover, the more the left called for “strategic voting” as a tactic, the more it drove home to the NDP leadership and activist base that winning matters. Since being “progressive” alone was apparently no longer going to win the left’s support at the ballot-box, looking like a viable electoral contender became central, and so the left lost its historic veto power within the party, Bhattacharya noted.

The email from 34 supporters to Andrea Horwath Friday thus reads like the last gasps of a group that had largely disengaged with social democratic electoral politics already. While a few signatories could claim a significant recent past with the NDP – notably recent provincial by-election candidate Cathy Crowe, one-time federal candidate Winnie Ng, and feminist author Michele Landsberg who is married to its former leader – many of the rest were unknowns or fairweather supporters at best.

Horwath continues to enjoy the support of the so-called “orange unions”, while Unifor has adopted the same electoral strategy as its main predecessor the CAW, and the OFL is stuck reconciling two different approaches.

She has made a bold calculation that the strong desire for regime change in the province, coupled with a fear of the extreme programme of the Hudak PCs, creates a unique opening for a modern social democratic offer that balances fiscal responsibility with progressive working class populism; one that actually stands a chance of stopping a Hudak majority, in the very regions the provincial Liberals are now weakest.

If she pulls it off, Horwath will have won back the populist ‘good government’ appeal that had been the mainstay of the old CCF-NDP, but was lost to Mike Harris and the Reform Party in the 1990s. What she will have lost are those who see the NDP as a means to an ideological end, and nothing more.

Alice Funke is the publisher of PunditsGuide.ca