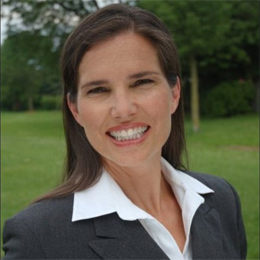 The Government’s Office of Religious Freedom has met with skepticism since its conception.

Critics highlighted that the Department of Foreign Affairs and International Trade (DFATD) had its budget severely cut, questioned what a $5-million office could accomplish, and charged that it would be merely a “press-release-generation project” for the Conservatives’, and that it would have little effect outside of Canada.

Yet, despite its detractors, the Government promised that its Office would promote freedom of religion or belief as a Canadian foreign policy priority, and focus its activities “on countries or situations where there is evidence of egregious violations of the right to freedom of religion.” Specifically, has Canada advocated and protected minorities under threat in both the Central African Republic and Iraq?

These are important aspirations which beg the questions, where does Canada want to intervene, how should our country get involved, and has Canada protected religious minorities under threat, and done so in an expeditious manner?

Five months ago, the UN High Commissioner for Human Rights visited the Central African Republic or CAR and condemned the slow response of the international community. She asked, “How many more children have to be decapitated, how many more women and girls will be raped, how many more acts of cannibalism must there be, before we really sit up and pay attention?”

By June 2014, over 140,000 people had been killed in CAR; 80 percent of the Muslim population has been driven from their homes or murdered. The fighting had left 2.5 million people needing humanitarian aid, the equivalent of Vancouver’s population.

While Canada’s Ambassador of Religious Freedom made a statement on CAR on February 7th, what did his Office do in tangible terms to assist populations in CAR, who were being targeted and killed on a daily basis because of their religious beliefs?

Did the Office of Religious Freedom examine ways it could have an impact in promoting inter-faith dialogue in CAR to help control the cycle of violence, ease the tensions between communities, and promote reconciliation between them? Did the Office work with the UN Office of the Special Advisers on the Prevention of Genocide and R2P, and other partners, who were attempting to engage on the ground by convening faith leaders and communities?

For seven months, I have repeatedly asked the government what more it could do to provide humanitarian aid, reduce the violence, rebuild civil society, and support peace and reconciliation in CAR. And we have repeatedly asked about Canada’s potential participation in the UN peacekeeping mission in CAR, a question to which we are still waiting answers.

Yet, Foreign Affairs Minister John Baird said on August 6th during his visit to Hong Kong that religious freedom was “central” to Canada’s foreign policy.

However, on the days preceding his remarks, large numbers of civilians had been displaced as a result of the Islamic State (IS)’s advance into Ninewa Province. This advance trapped up to 200,000 predominantly Yazidi civilians. A few days later, an additional 200,000 civilians fled the advance of IS, with at least 180,000 crossing into the Kurdistan Region.

On August 7th, 2014, and just a day after Minister Baird’s remarks on the centrality of religious freedom, the UN Secretary-General Ban Ki-moon called on the international community to support the Government and people of Iraq and “to do all it can to help alleviate the suffering of the population affected by the current conflict in Iraq”. The UN Security Council also condemned the attacks by IS and again expressed its “deep outrage” about the hundreds of thousands of Iraqis displaced by IS’s attacks and in urgent need of humanitarian assistance.

Many of those displaced or otherwise affected by the violence belong to Iraq’s minority ethnic and religious communities, including Christians, Shabak, Turkomen, Yazidi, and others. Many of them are in locations that are inaccessible to humanitarian relief efforts. This includes those who have been trapped for days on Jabal Sinjar mountain, women, children, the elderly, people with disabilities, and those in need of medical assistance.
Thousands of lives are at serious risk unless they receive urgent life-saving items, including water, food, shelter and medicines. After more than a week, an estimated 50,000 people were believed to still be trapped on the mountain. Even today, families still remain trapped and the health conditions are deteriorating quickly.

If freedom of religion or belief is a Canadian foreign policy priority, why did the Government of Canada wait until August 10th to announce short-term humanitarian aid of only $5 million?
The Government understood that the Iraqi Government must not only confront the security threat posed by IS and other armed groups, but also protect civilians and address the underlying sources of conflict among Shia, Sunnis, Kurds and minorities in Iraq.

Incidentally, five million dollars seems to be a recurring theme with this particular Administration: $5 million for Central African Republic in December, 2013, $5  million more  in February, 2014, $5 million for Somalia in July, 2014, and now $5 million for Iraq. These are very different crises, which clearly call for different responses.

While the Government claims protecting religious minorities are a priority, it repeatedly dithers on the sidelines until other countries step-up. In the case of CAR, will the Government contribute to the UN peacekeeping mission, and will it help with peace and reconciliation efforts?

And regarding Iraq, will Canada do more, particularly as Christians and other minorities are being slaughtered, while only weeks ago, Iraq joined the list of Canada’s “development country partners”?