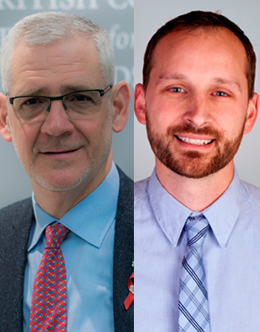 Canadians are rightly proud of the universal coverage provided by our national health care system. Sadly, there are gaps in access with very grave consequences. In regions across the country, care and treatment is failing to reach those living with HIV.

Saskatchewan is among a number of regions in Canada, such as Manitoba and even our nation’s capital, currently experiencing alarming spikes in the spread of HIV. In 2009, the province saw rates of new HIV cases comparable to those in Nigeria. Numbers have declined since this peak, partly due to Saskatchewan’s four-year HIV strategy (concluded in 2014) that increased testing, treatment and support for people living with HIV and AIDS.

Unfortunately, rates of HIV in Saskatchewan continue to be the highest in the country. Incidence rates in 2012 were at 17 cases per 100,000. By comparison, the 2012 rates of HIV-positive test reports for BC, Ontario, and Quebec were 5.1, 6.2, and 5.6, respectively. Saskatchewan also continues to have high levels of HIV-related illness and death.

The province is looking for solutions. SHARE, the Saskatchewan HIV/AIDS Research Endeavour, is working to establish a research agenda and learn from successes in other provinces. They are turning to the trailblazing work of the BC Centre for Excellence in HIV/AIDS for answers.

Over the same period, mother-to-child transmission of HIV has been virtually eliminated, and overall HIV transmission has decreased by two thirds.

How did they achieve this? The BC Centre created a Treatment as Prevention strategy which provides widespread access to HIV testing, care, support and treatment. Keys to the strategy’s success have been political commitment, programmatic focus, ongoing innovation coupled with monitoring and evaluation, appropriate resourcing and free services (including fully free antiretroviral therapy (ART)).

And now the Treatment as Prevention strategy, prioritizing full universal access to free HIV treatment and care, is gaining traction globally. Indeed, as the 2015 Millennium Development Goals come to fruition, the Joint United Nations Programme on HIV/AIDS (UNAIDS) has formally proposed a new and ambitious 90-90-90 target for 2020. The new target calls for 90% of people living with HIV worldwide to be diagnosed, 90% of people diagnosed with HIV to be on ART, and 90% of people receiving ART to have sustained viral suppression by 2020.

Meeting the 90-90-90 target would maximize the effectiveness of existing tools in order to virtually eliminate progression to AIDS, premature death and HIV transmission by 2020, and thereby transform the HIV/AIDS pandemic into a low level sporadic endemic by 2030.

The 90-90-90 target has already been formally endorsed by China, parts of the U.S., Brazil, South Africa, Argentina, Panama, France and Switzerland among a growing number of countries. Canada, unfortunately, has yet to embrace the target, which means we’re missing an important opportunity for the control of HIV and AIDS across the country, particularly in hard-hit regions like Saskatchewan.

Addressing the social determinants of health – such as housing, employment, poverty, and access to health care – is essential to HIV prevention and care. National Chief Perry Bellegarde of the Assembly of First Nations has specifically called for addressing poverty and other upstream factors among Indigenous people in Saskatchewan. These groups are among those hardest hit by the province’s HIV epidemic and their input is essential to charting an effective course of response.

In BC, a concerted effort to reach the especially high-risk and vulnerable population of injection drug users – coupled with harm reduction programs – led to the virtual elimination of the spread of HIV among this group. This extraordinary outcome could be replicated in Saskatchewan, and elsewhere, with the necessary infrastructure and support.

A Treatment as Prevention strategy also makes good economic sense. It has been estimated that acute care costs from HIV in Saskatchewan alone are $40 million per year. Adopting a targeted strategy would alleviate these costs. By 2017, Treatment as Prevention in BC will result in lower drug costs for treating people with HIV and AIDS, with savings of up to $48 million by 2035. The sooner provinces make the necessary investments to reach the 90-90-90 target, the sooner they will save money, and lives. Now is the time for Saskatchewan to make the investments in HIV care that will pay dividends in reduced health care costs, and healthier people.

An AIDS and HIV-free generation is possible, but only if we secure the political will now to take full advantage of Canadian leadership.

Julio Montaner is Director, British Columbia Centre for Excellence in HIV/AIDS (BC-CfE). Ryan Meili is an expert advisor with EvidenceNetwork.ca, a practicing medical doctor and founder of Upstream: Institute for A Healthy Society.