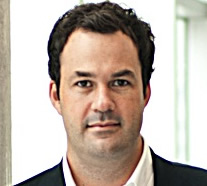 Not long ago, the pundits and chattering class were turning off the lights on the Obama presidency. They said he had failed to live up to the promise of the hopes he had created as a presidential candidate. After the 2014 midterm election, the President looked isolated politically and the prospects of success on the policy front seemed very limited.

Those days seem like ancient history now. Consider foreign policy. After long and unsuccessful wars in Iraq and Afghanistan, Obama came to office with a paramount task: to end the wars and restore America’s credibility and reputation in the world. His approach contrasted starkly with that of his predecessor, George W. Bush, who believed threats and belligerence would increase the security of the United States. Obama understood that strength lay in effective diplomacy and the judicious use of military force against threats.

In 2007, in a primary debate, he established himself as diplomat-in-chief. It was a risky proposition. Asked by the debate moderator if he would be willing to meet with the leaders of Iran, Syria, Venezuela, Cuba, and North Korea in order to bridge the gap that divides our countries, Obama replied: “I would.” The conventional wisdom at the time was that he had displayed extreme naiveté. It led many to believe he was not ready to be commander-in-chief.

But of course, history always rewrites itself. When it comes to foreign policy, the last eight months have been the most productive period of Obama’s presidency. In November 2014, he concluded a significant climate agreement with China. In December, he announced the normalization of the US-Cuba relationship, leading to the reopening of embassies this week. Last month, he also secured fast-track authority from a dominantly Republican Congress to proceed with TPP, a potential historic multilateral trade deal. And then, last week, he announced a historic agreement agreement on curtailing Iran’s nuclear capacity.

None of these are small potatoes. Each of these policies has required a president’s willing to play the long game, and to deal with many setbacks that came along the way. One of those setbacks was his attempt to improve relations with Russia, which Vladimir Putin rebuffed. In that case, Obama responded firmly by leading the international sanctions campaign against Russia and reinforcing the NATO alliance.

The debate will be open for some time amongst political observers and historians on the importance and the meaning of his recent foreign-policy achievements. There are still two years left to Obama presidency and the last act is still to come. But here is an irrefutable fact: Obama’s relentless use of diplomacy, backed by the economic and military power of the United States, has proven to be very effective tool of his foreign policy. People can and will disagree on the outcomes of his policies, but few can dispute that his diplomacy has paid huge dividends for his administration. It will definitely be part of his legacy.

As we’ve seen in his recent eulogy in Charleston, and in his progressive positions on social issues such as gay marriage, Obama will have proven again and again that bridging people differences might seem impossible to achieve, but it is almost always worth a try. It is not for nothing that in progressive circles, Obama has regained much of his credibility as an agent of change. After all, he promised he would do things differently. It will become increasingly difficult for reasonable people to argue that he hasn’t.

Robert Asselin is Vice-President, Policy and Research at Canada 2020. In 2014, he was a Visiting Public Policy Scholar at the Woodrow Wilson International Center for Scholars in Washington, DC.