The Facts on Canadian health Care Can’t be Trumped 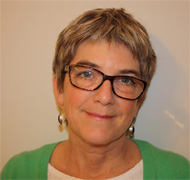 Of all the outrageous things U.S. Republican presidential candidate Donald Trump has said this summer, trust the Fraser Institute to single out his only accurate observation, that “single payer [health care] works in Canada.”

In an August 11 op-ed in National Newswatch, the institute’s Jason Clemens and Baccus Barua argue Trump got it wrong. Canada’s health care system is “middling at best,” they say, and “among the most expensive among the OECD countries.” Is this true?

Let’s examine their claims on the data in the same order, starting with the OECD.

In the category of public health expenditures as a percentage of GDP, Canada ranked lowest of the top 11 spenders in the OECD in 2013, even below the United States. However, Canada was in the top three in terms of spending on private health expenditures, a category that includes out-of-pocket spending for things like prescription drugs, home care, physiotherapy and routine eye care. We are also spending more public money for services provided by for-profit companies that siphon off a percentage for their shareholders instead of for patients.

The Fraser Institute has consistently called for more, not less, private spending by Canadians who need health services, a position that would knock us even further behind our counterparts in the OECD and impose hardship on those who are ill.

Our low public and high private spending patterns go some way to explaining why we are experiencing some of the problems identified in the second study cited by Clemens and Baccus, the Commonwealth Fund.

Most experts recognize that international comparisons of wait times are difficult since half of the countries in the OECD, including Switzerland, France, Germany and the United States, do not regularly monitor or collect data. But that shouldn’t prevent us from identifying where the problems are and taking steps to reduce the amount of time we spend waiting to see a health professional or a doctor, or to obtain surgery.

In some parts of the country, changes in both professional practice and public policy have cut months from wait times, reduced lengths of stay in hospital and increased patient satisfaction. These should be adopted as national strategies and applied across the system.

We also have to move medicare beyond the scope of doctors and hospitals, something that has been on the public agenda since Saskatchewan introduced universal health care in 1961. The divide between public and private health care fragments the entire system and undermines efforts to build a continuum of care at every step along the road between sickness and health.

Long-term care and outpatient rehab services, for example, are two necessary health services that should be, but are not, included in the medicare basket. Last year, researchers called on all provinces to increase funding for outpatient rehab therapy so that patients who had suffered a stroke could recover without going bankrupt. “It is not that expensive to provide therapy in a person’s home or have them come to an outpatient clinic, relative to if they get re-hospitalized,” said one researcher.

Long-term care also receives inadequate public funding, imposing mounting hardship on Canadian families. In 2010, we spent $20 billion on long-term care, split among federal/provincial/territorial governments and private payers. While $14.4 billion was public, the remaining $5.64 billion came out of the pockets of some of Canada’s most economically vulnerable and oldest citizens.

One result of the exclusion of just these two services from medicare is that an estimated 7% of acute care beds are occupied by patients awaiting rehabilitation or placement in a long-term care facility, unnecessarily raising costs and creating a backlog that increases wait times for people who need a hospital bed.

The cure for wait times lies within the public health care system. Publicly funded universal health care systems are the fairest and most cost-efficient way to provide patients with access to services. But Canada also has to reduce its reliance on for-profit providers such as surgical clinics, which international evidence (cited by the Clemens and Baccus in their op-ed) clearly shows do not reduce public sector wait times, but are associated with lower quality and higher costs.

It is truly odd to see the Fraser Institute fretting over what the next candidate to represent the U.S. Republican Party might think of Canada’s health care system when we’re in the middle of our own election. Canadians would do well to ask the parties seeking to form the next government what they plan to do about expanding medicare, increasing the role of the federal government in establishing and enforcing high national standards, and developing a more stable and cost-effective (i.e., more public) way to make sure the provinces have sufficient funding to meet them.

Colleen Fuller is  an independent health policy researcher and a research associate with the Canadian Centre for Policy Alternatives.