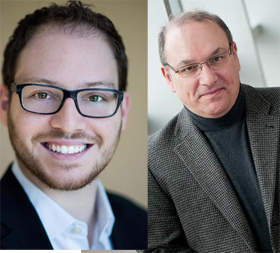 While it takes time for a new prime minister to translate campaign rhetoric into effective policies, there are at least five quick-wins that Justin Trudeau can achieve on his very first day in office. All five can be implemented in a few minutes through simple orders-in-council at the cabinet table or by instructing new ministers in their mandate letters.

First, Trudeau can restore the mandatory long-form census that collected more detailed information about Canadians, facilitated better municipal planning and helped tailor community services to local needs. The replacement voluntary census brought in by the Harper government was a boondoggle – millions more expensive, considerably less reliable and disastrous for long-term policy evaluation and planning. The 2016 census is about to be launched; instructions on the additional long-form survey just need to say it is “mandatory” not “voluntary.”

Second, our new prime minister can immediately restore access to health care for refugees waiting in Canada as their claims or appeals are adjudicated. The 2012 cut meant that too many refugees seeking safe harbour in Canada were denied health care services, including children, pregnant mothers and persons with disabilities. The Federal Court of Canada has already ruled that the cut violates the Canadian Charter of Rights & Freedoms and represents “cruel and unusual treatment.” Restoring these services will take seconds of cabinet’s time, improve the lives of our most vulnerable visitors and cost very little money – if any at all.

Third, government scientists can be freed from muzzling after almost a decade of silence. Of course these scientists remain public servants who must defer and remain loyal to their new government, but their scientific findings and expert opinions on today’s most pressing matters are vital to Canadians and should be made available. This is how science works. It would be simple to ask all new ministers in their mandate letters to remove any obstacles preventing government scientists from publishing their research and speaking freely about it.

Fourth, Trudeau can end Canada’s visa restrictions against Ebola-affected countries, Guinea and Sierra Leone. The visa restrictions are patently illegal – contrary to the International Health Regulations that are legally binding on 196 states. But they also run afoul of what the World Health Organization recommends is best for global public health. They dangerously discourage countries from reporting the presence of future pandemics.

It was the previous Liberal government that had championed irrational bans on trade and travel like these Ebola visa restrictions after Toronto had unfairly been slapped with a travel advisory during SARS. Trudeau, on his first day in power, can bring Canada back into compliance with its international legal obligations and boost an important global health treaty that its predecessors prominently ignored. Besides, as Ebola case numbers in West Africa have remained for weeks at single digits and dwindle towards zero, even the original misguided rationale for this policy has all but disappeared.

Fifth, the incoming government can formally de-link international development assistance from Canada’s economic interests. In theory, Canada was once committed to a foreign aid strategy that emphasizes initiatives that have the greatest social impact. However, in 2012, Canada adopted a new policy of giving aid based on how much of it gets kicked-back to Canadian companies. This is trade, not aid. As a result, Canada has been ridiculed internationally, taken flack for snubbing its international commitments and lost influence in global fora. Ending this colonial anachronism would help Trudeau and his government bring Canada back to the multilateral table as an influential middle power.

Implementing the full range of changes promised in this last election campaign will take a long time, probably many years. Quick-wins will be important for Trudeau to show Canadians that his Liberal government can bring about the breadth and depth of change for which he was given a majority. Fortunately for him, he has many options. These five quick-wins are primed and ready to go. Implementing them in the few minutes of cabinet table time that they require could make for one very productive – even historic – first day in office. It would certainly signal real change coming.