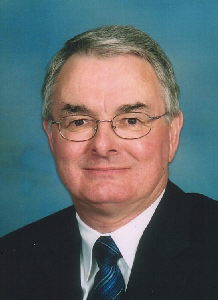 Automated Vehicles (AVs) will be here much sooner than most people realize. Unfortunately, among G7 countries, Canada is last in its preparations for AVs.

Ford, Toyota and others have said that fully-autonomous vehicles will be available starting about 2020.

A few weeks ago, the president of General Motors said that the company is well-positioned to pursue a strategy of expanding its presence in ride-sharing and ride-hailing, and develop services that use AVs to provide customers with transportation. He also said that “a ride-sharing network is the logical first place to deploy driverless technology”. GM’s investment to date is in excess of $1B. Meanwhile, Uber is developing its own driverless taxis and other companies are researching the market trends and evaluating their options.

It is clear that there are huge opportunities and challenges facing Canada.  This analysis examines the top ten ways governments — and Canada’s private sector — can prepare for the emergence of self-driving cars.

AVs are a highly disruptive technology. The policy impacts are broad and extend far beyond transportation. They will impact all levels of government including the economy, jobs, health-care, electricity generation and distribution, national security, urban planning and housing, policies for the auto and technology industries, R&D, policing, transportation and transit, infrastructure, taxes, municipal revenues, etc.  AVs will literally change how and where we live and work, just as the modern automobile did when it replaced horse power.

All levels of government – federal, provincial/territorial and municipal need to take a government-wide approach.

The federal government should create a Canadian Autonomous Vehicle Initiative (CAVI), and allocate an appropriate level of funding. The mandate of CAVI would be to coordinate the deployment of AVs across the country and to promote R&D and testing in Canada and create ‘an AV ecosystem’.  Governments in other countries have already established and provided significant funding for special centres to do just this. Examples include the Australian Driverless Vehicle Initiative (ADVI), the Dutch Automated Vehicle Initiative (DAVI), and the United Kingdom’s Transport Systems Catapult.

#2: Recognize the Large, Positive Impact on the Economy

AVs will have a major, positive impact on Canada’s economy. A joint report in 2015 by the Conference Board of Canada, CAVCOE and the Van Horne Institute showed that AVs will benefit the Canadian economy by $65B per year.

There will be numerous business models that evolve or are created by AVs that will spawn many new industries, sectors and business models. If Canada creates the right environment for such innovative businesses to thrive then it could become a world leader in the new mobility paradigm.

However, there will be downsides, including direct employment displacement — especially in driving-related industries.

#3: Plan for the Impact on Transportation and Traffic

The most important forecast of all relates to the fact that traffic collisions currently kill about 2,000 people in Canada annually. AVs may be able to prevent about 80% of all road collisions, injuries and fatalities.

The US Transportation Secretary recently wrote in an article:

“Automated and connected vehicle technologies can increase the capacity of the existing road system by a factor of five.”

This may be optimistic, but if we can harness technology to increase the capacity of the existing infrastructure by a factor of 2, why are we planning to spend tens of billions of dollars on new infrastructure when we can achieve a similar result by using technology?

We will see the introduction of driverless taxis and Mobility-as-a-Service, essentially a new form of personalized mass transit. This in turn will lead to a substantial decrease in personal car ownership, more efficient use of the road network and a decrease in greenhouse gas emissions.

A report by the Organization for Economic Development and Cooperation (OECD) stated:

“Automated taxis combined with high-capacity public transport could remove 8 or 9 out of every 10 cars in a mid-sized European city.”

Although this prediction is likely optimistic, all studies indicate that the impact of AVs on the road network’s efficiency will be very positive and significant.

All new major transportation infrastructure projects seeking government funding should include an assessment of the impact of AVs. The analysis will demonstrate how robust the operational and business models are for that project.

There is growing interest around the world in smart city demonstrations and deployment. The US Department of Transportation, for example, is funding a $50M demonstration system. Autonomous and connected cars are part of this big picture thinking.  All governments should invest a minimum of 1% of their infrastructure budget in smart infrastructure to move Canada in this direction.

#6: Plan for the use of AVs in Transit

“Highly or fully automated vehicles…have the potential to radically transform transit in the longer-term…While automated vehicles will not become the only form of transit, their position within a network of modes and services must be taken into consideration.”

The OECD report has a far more bullish projection:

“For small and medium-sized cities, it is conceivable that a shared fleet of self-driving vehicles could completely obviate the need for traditional public transport.”

Again, an optimistic prediction. However, at the very least, this suggests that the business plan and financial model for any new transit infrastructure should take into account the complementary/competitive technologies out to 2050.
All governments involved in funding new transit infrastructure should require an assessment of the impact of AVs on the business plan and financial model.

#7: Plan for Disruption in the Auto Industry

AVs are expected to have a significant impact on the auto industry. A report from Morgan Stanley said:

Autonomous cars…will transform the auto-industry business model, pivoting from engines, gears and wheels to software, content and “user experience.” Getting anywhere could literally become half the fun.

The trend to driverless taxis and Mobility-as-a-Service is expected to significantly reduce personal car ownership and hence the market demand for new cars. This will decrease the number of jobs in the auto industry as we now know it.
Federal and Provincial governments need to recognize that the auto industry will change more in the next 10 years than it has in the last 100. Governments should make a significant investment in AV development, testing, and related activities in the auto industry.

#8: Plan for Major Opportunities in the Technology Industry
The value of technology in cars will increase from the current 4-5% to 40-60%, creating huge opportunities for Canada’s technology companies and many new jobs. The opportunities are in a wide variety of fields: sensors, software, communications systems, Internet usage for business and pleasure, car-smartphone integration, robust cyber-security systems, glass dashboards, cloud computing and data analytics.

#9: Plan for Disruption in the Oil and Pipeline Industries

Electric vehicle propulsion systems will be used significantly in the 2020s and beyond, especially for urban travel, which is where most of us do most of our driving.

This will likely cause a significant decline in the global demand for oil. It is also likely that the current low price for a barrel of oil is not temporary, but the beginnings of a systemic effect that will lead to even lower oil prices through the 2020s.

The oil and pipeline industries (and any governments that rely on revenue from the sector) should prepare for a future where the global demand for oil steadily declines.

#10: Plan for disruption in the Auto Insurance Industry

There are three reasons why the auto insurance industry will be severely disrupted by AVs:

Together, these factors mean that auto insurance companies will need to adapt to a much smaller market and develop new products. Those who can will be the winners; those who cannot will go out of business

Automated vehicles are coming soon and will lead to substantial disruption, opportunities and challenges. The changes that will result from AVs in the 21st Century will be as substantial as the impact that cars had on our lives, cities, business, society, and the world in the 20th Century.

The recommendations above are intended to help Canada maximize the benefits and mitigate the downsides of this exciting and yet challenging technology because it is coming soon — whether we are ready or not.

Barrie Kirk, P.Eng. is the Executive Director of the Canadian Automated Vehicles Centre of Excellence (CAVCOE). He has worked in the technology industries in Canada, the U.S. and the U.K., including senior management positions in Ottawa-area companies.

He is a well-known keynote speaker, broadcaster and consultant, and regularly speaks on the subject of automated vehicles. He has been a consultant since 1982. His projects over the last few years have focused on autonomous and connected vehicles.

Barrie received a B.Sc. (Honours) in Electrical Engineering from Coventry University, U.K. and is a Professional Engineer.