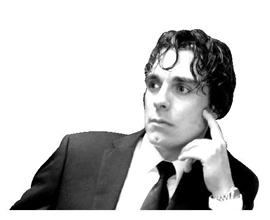 Throughout history, there have been countless examples of discrimination from slavery in the United States to the genocides in Germany, Rwanda, Cambodia, and Darfur. In Canada, our blemishes involve the deplorable treatment of our First Nations populations. First Nations people are isolated from the rest of us and, in some instances, are living in far worse conditions than people from the poorest countries. Canadian Governments attempted to address some of these issues with the residential school system; however, some of us are only beginning to learn how horribly dreadful they actually were.

Every group that ever immigrated to this country has been discriminated against – the Irish of the 19th century, the Europeans of the 20th century, and the rest of the world thereafter. All Canadians have discrimination in common.

Although discrimination persists, there has been progress. In Ontario, the Human Rights Code was established, in part, to reduce discrimination. Aligned with this code, university administrators have taken great leaps to provide accommodation to students with accessibility needs. In most cases, regardless of the accessibility need, students are provided extra time to complete assignments. They may also be permitted to work in a quiet room. However, when these students, who are being trained to operate through certain accommodations, leave the artificially-simulated environments of universities and enter the labour force, they are often not provided with the same accommodations. As a result, their performance might be negatively impacted. What’s worse is that students have faked disabilities to receive these accommodations.

In Ontario, Bill 28 has been tabled to modernize the Children’s Law Reform Act. Among the changes, phrases such as ‘mother’ and ‘father’ are to be replaced with ‘parent’ and ‘birth parent’. The purpose of these changes is to offer equal rights to parents of all backgrounds. Although this seems like a noble idea, questions that should be debated involve: ‘why do we need a legal document from the Government of Ontario telling us how a family should be defined’ and ‘shouldn’t this be left up to the parent(s)’?

For centuries, there have been claims of discrimination in Quebec surrounding the tension between English and French-speaking citizens. As we know, English and French are the two official Canadian languages. However, to preserve the French culture, the Charter of the French Language, a legal document that has “rules about using French in the workplace”, requires that “French be the language usually used in the business’s activities”. This legislation often leads companies to hire French-speakers in preference to those that speak English. To avoid discrimination at work, many English-speaking Quebeckers have had to migrate to other provinces. By definition, these Canadians are economic refugees.

Aligned with this legislation, when a unilingual coach was hired by the Montreal Canadiens in 2011, the Quebec Minister of Culture demanded that the coach be replaced immediately with one who spoke French. Now, the team has a policy where they will only hire French-speaking coaches. Having a translator present, like professional soccer teams in Britain use for their coaches, appears to be insufficient. They also show preferential treatment to French-speaking players. To preserve the French heritage of the team, the General Manager, Marc Bergevin, said that “… all things being equal, I’ll always pick the francophone…” It is worth mentioning that the desire to preserve the German culture that occurred during the tenure of the Nazi Party led to the discrimination, marginalization, persecution, and subsequent genocide of those subscribing to the Jewish faith among others.

Nationwide, universities and organizations have started requesting candidates to self-identify their ethnicity, disabilities, or disclose their diversity in their applications. All else being equal, candidates that appear more ‘diverse’ than others often receive preferential treatment compared to other, less ‘diverse’ candidates. In a globalized environment, the concept of one person being more or less diverse, defined as ‘showing a great deal of variety; very different’, than another, is absurd. Considering that we are all different and equally diverse, the whole concept of diversity becomes meaningless.

To overcome a discriminatory past, the pendulum appears to have swung to the opposite end-of-the spectrum. Systematic discrimination is now occurring through reverse discrimination where the interests of previously discriminated groups, often classified as ‘visible minorities’, receive preferential (as opposed to fair and equal) treatment over others. This ironically causes discrimination to perpetuate. Out-of-the desire to appear ‘diverse’, these policies can lead organizations to recruit less-qualified candidates. Correspondingly, by not hiring on meritocracy, these policies are not in the best interests of organizations as they might be less-able to reach their potential.

Most concerning is that this systematic process of categorizing and treating one group differently than another is eerily similar to some of the tactics used by the Nazi Party in Germany. With these Canadian policies in place, it seems as though the ‘Diversity Nazis’ are out-for-revenge. Consequently, there might be more appropriate policies to consider as the existing ones don’t seem to address the very important problems that they seek to overcome. At worst, they may actually be perpetuating them.

First, to ensure the long-term sustainability of organizations, recruiting on meritocracy should accordingly be embraced so that the best candidates are selected. Second, considering that the track record of Canadian Governments in addressing discrimination isn’t very good, it’s time that we ask our Governments to simply stop. Haven’t they done enough already?

Dr. Jeffrey Overall is an assistant professor at Nipissing University where he teaches entrepreneurship and strategy. He has over 18 years of experience working directly with entrepreneurs within start-ups and SMEs across various sectors and countries.