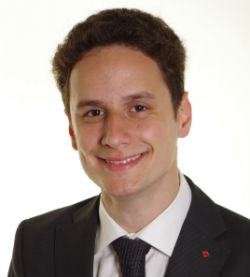 This is the third of the author’s three-part series on Canadian foreign policy.

Every international order since the Habsburg victory in the Italian Wars of 1494-1559 has featured a hegemonic power, one that underwrites the stability of the international system and to whom other polities look for normative guidance. For the Western world during the Cold War, that power was the United States.  The dissolution of the Soviet Union resulted in a globalization of the American-led system, but 25 years later it has become clear that Washington cannot dominate and order the world alone.

Donald Trump’s foreign policy pronouncements to date hint at a waning of today’s international framework rooted in multilateralism and shared values, with a more transactional approach taking its place.  This implies the rise of an international system characterized by overlapping and varied partnerships, rather than the simple “West vs. rest” framework that has prevailed in recent decades.

In the previous instalment in this series, I argued that Canada should use North American and Arctic regional integration as a means of enhancing its international clout, in order to become a substantive participant in the crafting of world order.  If current trends continue, China will be able to challenge the United States openly in certain strategic theatres in the next ten to fifteen years.  Canada should make it its aim to become a credible normative actor in the Asia-Pacific region’s security framework by then.

In order to achieve this, Canada should have a three-point plan in mind.

First, Canada should push for the creation of an Arctic Union.  Among other things, this would create a forum for discussing regional security issues, thus helping to rehabilitate Russia into international society and strengthening the hand of the region’s states vis-à-vis outside actors.  In the Euro-Atlantic security realm, Moscow feels excluded and besieged.  Arctic states would stand to lose out substantially if the Kremlin is compelled to turn its geopolitical gaze eastward, thus gradually opening the door for China to gain a foothold in the world’s circumpolar region.

Second, Canada needs to pool its resources with a major economic bloc – a means of increasing the weight of our country’s soft power and the size of our population.  But when it comes to determining which bloc that should be, we should adopt a voyeur approach.

In some respects, Donald Trump’s threats to renegotiate the North American Free Trade Agreement may ultimately benefit Canada at Mexico’s expense.  But even if there are economic gains to be had for Canada in the meantime, continental integration will not take institutional form during the Trump presidency.

If it becomes clear that our relationship with the United States will be but transactional in nature beyond 2020, and not accompanied by a jointly promoted institutional and normative architecture for the North American continent, Canada should consider looking east.  As the European Union moves toward its next round of treaty change, Brussels may weaken its grasp on certain policy files.  For instance, there exists a growing consensus that it is time to admit that not all EU members will eventually adopt the euro.

If the conditions fit Canada’s unique requirements, Ottawa should consider whether joining the European sovereignty pool is in the national interest.  EU membership would increase our country’s international clout in numerous policy fields, provide us with influence in deliberations over Europe’s embattled security and immigration architecture, and help to globalize the Old Continent’s historic peace project by expanding it into the western hemisphere.  In other words, it would advance both Canadian and European interests symbiotically.

Third, and last, Canada should use the four-year voyeur period that lies ahead to push aggressively for free trade deals in the Asia-Pacific region.

The demise of the TPP may be a blessing in disguise for Canada, as its primary purpose was to contain China rather than advance Canadian economic interests.  If a “TPP-minus-Washington” agreement proves elusive, Ottawa should pursue separate deals with China, Japan and the ASEAN countries.  Membership in the Chinese-led Regional Comprehensive Economic Partnership could also be explored.  Canada’s subsequent integration into the aforementioned North American or European frameworks next decade could turn our country into an important bridge between east and west, with benefits extending beyond the world of economics.

This three-point plan requires kinetic and explorative thinking – a foreign policy that pursues diplomatic and economic relationships not in isolation, but as part of an overall grand strategy to increase the weight of Canadian pronouncements and, eventually, the scope and size of our country’s material capabilities.  It also necessitates a streamlined allocation of time and resources toward those regional theatres that are of the greatest strategic relevance to our country.

The world does indeed need more Canada.  But delivering it will require thinking outside the box.

The question is: Are we prepared to do so?

Zach Paikin (@zpaikin) is an editor at Global Brief, a leading international affairs magazine. He is also a PhD candidate and assistant lecturer in international relations at the University of Kent, where his research focuses on Russian and Chinese conceptions of state sovereignty and the future of liberal world order.