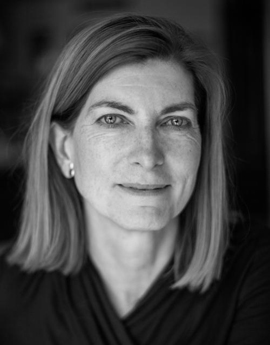 This is an exciting time to be working in housing and homelessness in Canada. Over the last year and a half, my team and I have had the honour to support a growing movement of communities in Canada working to house 20,000 of Canada’s most vulnerable homeless people.  It has been wonderful to witness communities like Edmonton, Medicine Hat, Hamilton and others achieve significant and permanent reductions in homelessness – an outcome that seemed impossible only a few short years ago.

With the impending release of a National Housing Strategy and the government exploring a revamp of Canada’s flagship national homelessness program, the Homelessness Partnering Strategy, an end to homelessness across Canada has come within reach.

I’ve been working for an end to homelessness in the United States for over thirty years now and my team and I have watched closely the progress being made in several Canadian cities.  I wanted to share some of our lessons in the hope Canada can avoid making the same mistakes we made.

In 1983, when I started working at a Times Square shelter for homeless youth, homelessness was a new issue in America, as it was in Canada.  Back then, homelessness seemed so urgent, but also so fixable. Yet, that initial confidence had faded by the end of my first winter in New York as we witnessed the same young people return to our shelter over and over. It became clear that we would never end homelessness without creating more affordable housing opportunities.

We soon realized that all the affordable housing in the world wouldn’t reduce homelessness if we didn’t have a coherent housing system: a coordinated, user-friendly set of pathways to connect vulnerable people to the housing and services we already had.

Our team shifted course, and since 2010, we have worked with more than 200 communities to design housing systems aimed at ending homelessness for good.  We’ve learned a great deal in each place, and signs of progress are everywhere, including here in Canada, but it’s clear that the most successful communities are doing these four things differently from everyone else:

They focus their efforts toward providing housing first.  When we ask people experiencing homelessness what is getting in the way of finding housing, we learn that many of our assumptions about what people need to escape homelessness are wrong. They don’t want elaborate programs and treatment plans, they want a safe place to live that they can afford, and to accept help on their own terms. Successful communities focus on housing first.

They pay for the outcomes they want. For too long, governments and regional funders have paid non-profits to deliver services, regardless of whether those services end people’s homelessness. This has created perverse incentives for non-profits to keep their programs running, rather than attempting to work themselves out of a job. That’s easy to change if funders are willing to renegotiate their housing and social service contracts.

They don’t just gather data in the aggregate. Successful communities coordinate across their shelters, service providers and street outreach teams to identify every person experiencing homelessness by name, assess and document their specific needs, and follow them all the way through to becoming housed. These real-time, by-name lists matter because as much as 70 percent of people who experience homelessness also escape it quickly on their own. Without a coordinated method for knowing who needs what, communities often end up over-subsidizing people who need only minor help, leaving less money for those with deeper needs.

They turn their by-name lists into multi-agency command centers. In most communities, a complex tangle of agencies and organizations own different pieces of the housing process. The best communities align those groups around a shared, measurable time-bound goal, and then using a by-name list to drive progress toward that goal every month.

These four strategies are concrete enough for any community to pursue, and they work in Canada, too.

Canada clearly needs more affordable housing – which the National Housing Strategy should begin to address – but our learning suggests that new housing alone won’t end homelessness. Communities must also weave their existing resources and institutions into accountable, well-designed local housing systems that work for everyone. This can be at the heart of a revamped Homelessness Partnering Strategy.

These are exciting times in Canada as the federal government steps back into a leadership role on housing and Canadian cities step up to the challenge of ending homelessness.

Canadians have been very smart about applying lessons from around the world to preventing and ending homelessness here.  I know the day will come very soon when the world will look to Canada for leadership and inspiration.