Barton Report Could Chart a Policy Revolution for Ottawa 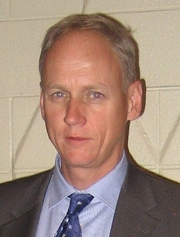 “The need for a focused, sector approach to economic development is particularly acute for Canada.”

This assertion, buried in one of the recently released reports of Finance Minister Bill Morneau’s Advisory Council on Economic Growth—chaired by Dominic Barton of McKinsey and including a who’s who of Canadian business and academia—might seem innocuous or even banal.  It is in fact revolutionary thinking by Ottawa standards.

One of the central preoccupations of the Trudeau government is Canada’s business innovation performance, which has been lackluster for many years on most of the standard measures (e.g. research and development spending; patents; investment in information and communications technologies, etc.)  The government sees boosting innovation as essential to productivity growth and Canadian standards of living.

This is a well-worn proposition, one that has been held by the last four federal governments.  Yet Team Trudeau seems to be embracing the innovation imperative to a greater degree than its predecessors.  It’s not surprising, therefore, that the government’s Advisory Council on Economic Growth has made innovation a centerpiece of its report.  But the Council’s claim that Ottawa needs to focus its policy and funding instruments on specific sectors of the Canadian economy, especially those with high innovation potential, is nothing less than a paradigm shifting contribution to the debate.

For thirty years successive federal governments—Progressive Conservative, Liberal and Conservative—have adhered, to varying degrees, to a basic philosophy about the role of government in the economy.  It is an orientation deeply entrenched in the federal public service, the business community, and in the minds of most influential public policy thinkers in this country.  Its credibility is derived from the leading lights of the economics profession—the late Nobel Laureate Milton Friedman being its most famous  proselytizer—who hold an unshakeable conviction that markets are almost always superior to governments in allocating resources, and that governments fail far more than they succeed when they meddle in markets and sectors of the economy.  Thus, an economic policy based on “picking” and supporting “winners” (firms, sectors, clusters etc.) is heresy and to be avoided at all costs.

Adherence to this religion has led Ottawa to follow what one might call “the trickle-down theory of innovation”.   The elements of the approach are the following: put lots of money into basic science in universities; cut corporate taxes aggressively and give business access to generous research and development tax breaks; liberalize “market framework policies” (on trade, competition and foreign direct investment, in particular) and reduce regulatory barriers to business investment.  According to its adherents, if governments dine from this menu faithfully and consistently, innovations—new products, services and ways of operating–will over time emerge from the lab and firms, then flow down into the economy, driving growth and prosperity.  This has been the basic model of federal innovation policy for more than two decades.

When the Trudeau government came into office and waxed eloquently about the innovation priority, there were many old guard who argued the standard policy diet remains the correct one, we just need more of the same.  It appears, however, that Mr. Trudeau, his Innovation Minister Navdeep Bains and others on his team were alive to Albert Einstein’s dictum that doing the same thing over and over again and expecting a different result is the definition of insanity.  They recognize that the trickle- down theory of innovation has done little to improve Canada’s performance in this area.

Enter the Council on Economic Growth and their argument for an innovation strategy based on identifying and systematically supporting specific sectors of the economy, niche or “platform” technologies in which Canada excels, and industry clusters that have strong innovation potential—in other words picking winners.  Add to that the Council’s recommendation that the federal government should deploy its procurement budget—which amounts to almost 2% of GDP per year—and act as strategic buyer of goods and services in Canada to drive business innovation, and you have the heady stuff of a policy revolution.

One can argue with many of the specific recommendations of the Council on Economic Growth.  And one can certainly find tiresome the facile management jargon that runs through its reports.  But one cannot dispute that the basic course the Council charts for Canada on economic development generally, and innovation specifically, is a bold one.  And in the absence of another plausible alternative to the old, failed model, it is one worth trying, if you believe that improving Canada’s innovation performance is vital to the future growth and prosperity of this country.